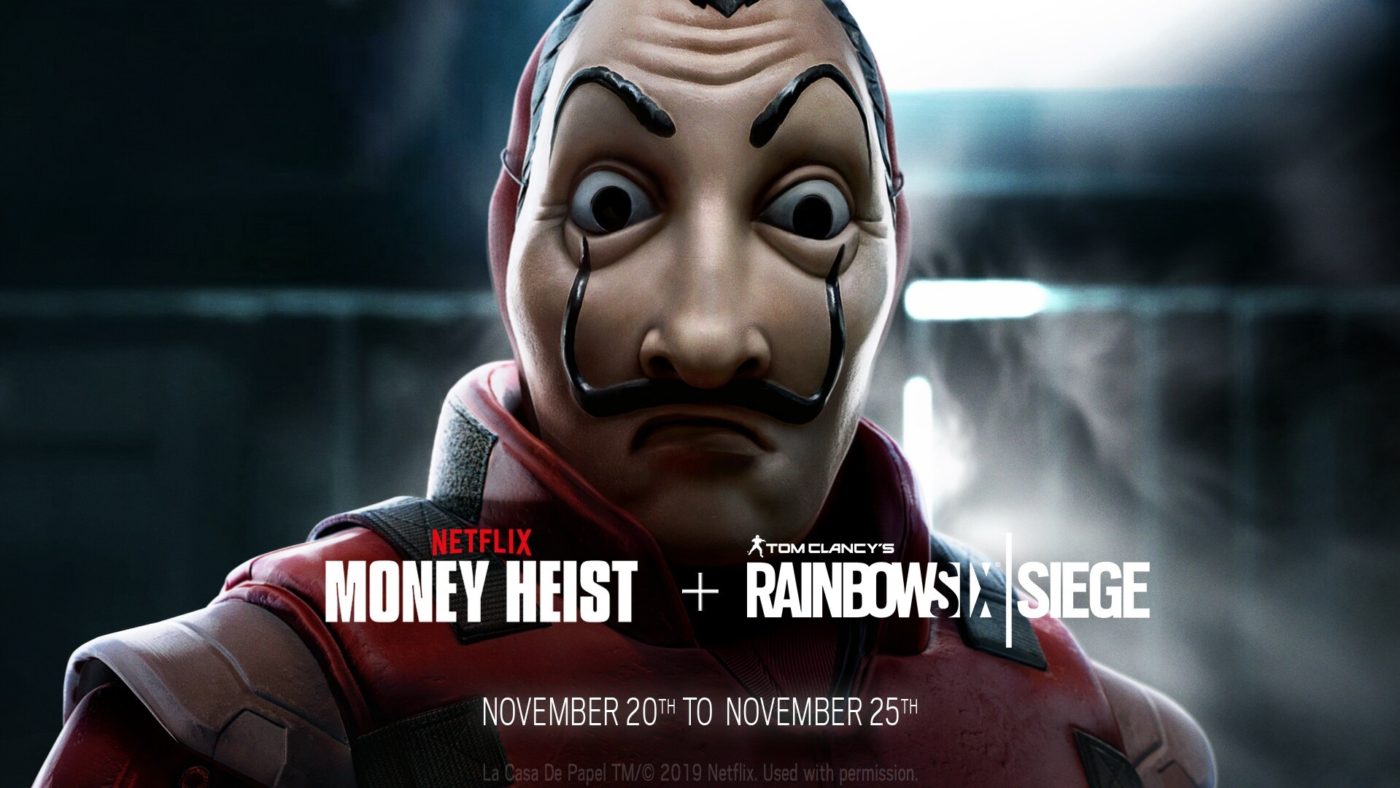 The video game now has an event that collaborates with the popular Netflix show Money Heist, a TV show known as La Casa De Papel in Spain. This event is currently running and will end on Nov. 25.

The Money Heist event will take place in the bank level. It will be a typical Hostage match where Attackers and Defenders will be competing over a Hostage wearing the recognizable mask and red jumpsuit from the Netflix series. Players should be careful because Operators Hibana and Vigil will be wearing the same costume as well.

The event will give both Hibana and Vigil bundles, which can be purchased in the shop and will remain for them up to one year. Hibana’s Heist Bundle will include the Red Jumpsuit uniform, Emboldened headgear, Tokyo charm, and Regal Mint weapon skin for the Type-89. Virgil will get the Accomplice Bundle which includes the red Jumpsuit uniform, Nameless headgear, The Surrealist charm, and Fresh paper weapon skin for K1A.

There is also a limited-time event this coming weekend. It will start on Nov. 21 and will end on Nov. 24. Anyone who is interested in buying this game between Nov. 21 to Dec. 2 will get a discount.