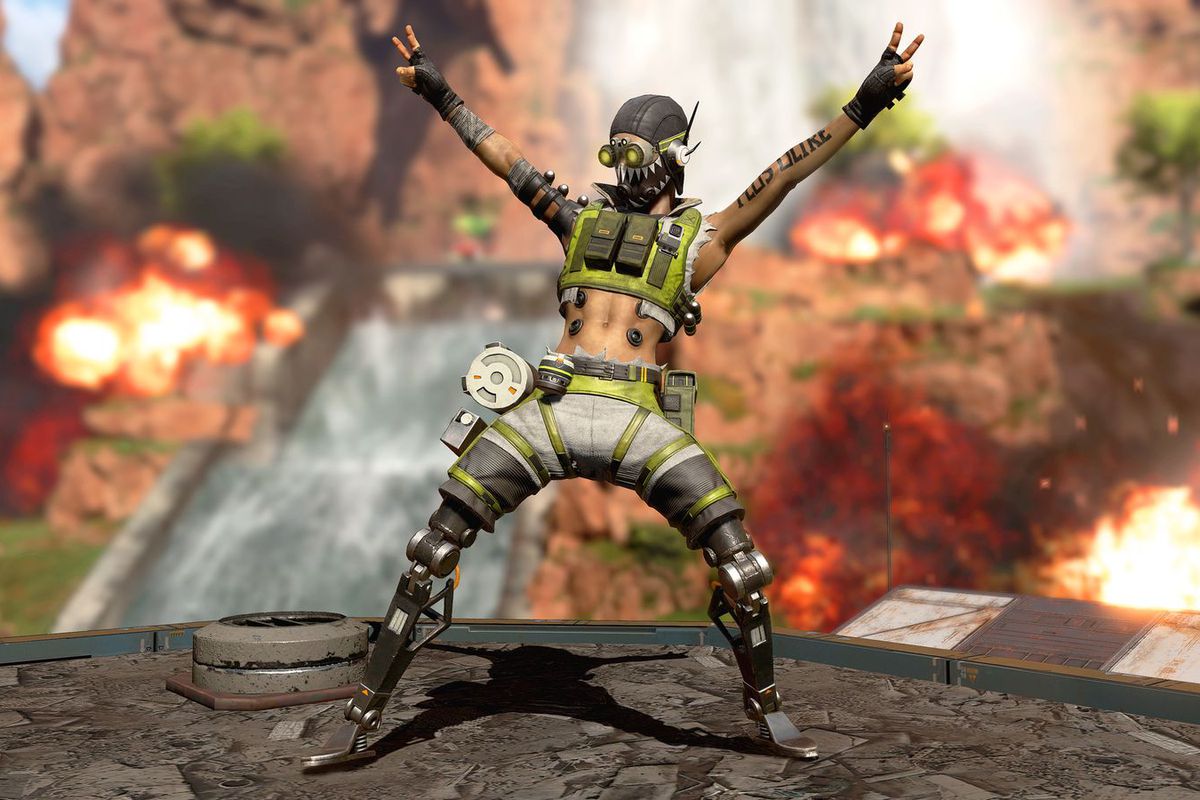 There’s no two ways of cutting it: Cross-Platform is here to stay. Hold outs like Sony, and their argument of keeping their platform safe for their user base doesn’t hold any water anymore. Not while games like Modern Warfare and Fortnite showing everyone that there’s nothing wrong with playing a multi-player game as one huge community.

Once upon a time, there might have been a case to not allow cross-platform play. It is established fact that console gamers do not hold a candle to the “superior” mouse and keyboard! Obvious PC master race jokes aside, controllers for the most part do not allow for finer aiming as a mouse does. Therefore, they cannot co-exist, right? Well, what if I told you that Call of Duty manages to tackle this little issue giving controller (yes, there are people who play with a controller on PC. I’ve seen it.) users more options to tinker with. Furthermore, match making takes into account the kind of input system players are using and matches them up accordingly. Meaning that mouse and keyboard users are matched up with those using the same set-up and so on.

Fortnite takes a completely different approach to the problem and stuffs everyone in the same lobby, regardless of what input device players use. You wouldn’t be surprised to see the odd mobile gamer being in a lobby with mouse and keyboard users – though it is quite obvious who uses what during build battles. Eventually, Epic introduced skill-based match making and the rest is, as they say, history. Everyone gets a turn, and lobbies don’t take as long to fill up anymore.

With that out of the way, let’s get into the article, and list down those tricky games that really to go the way of Cross-Platform.

This first selection hits home, especially for gamers like us on the PS4, in the SEA region. By default, we play in the region closest to the Taiwan or the Singapore servers. It doesn’t take long to find a regular round of World’s End where we are from. The same, unfortunately, cannot be said about Ranked matches. It’s not always the case; as servers are quite active in the first month of a new season. It’s more about the state of the servers in the second month onward. Suddenly, finding a ladder match takes forever. And when you do find a match, it’s usually not a good experience. Skill is all over the place, and it’s hard to ignore the Platinum rank in the Champions’ screen.

Nowadays, our only choice for ladder action lies in far off servers like Oregon-1. It’s not ideal, but it is what it is.

There’s no doubt that Apex Legends is one of the break out hits of last year. So much so, that rumors of the game becoming cross-platform hit the scene early on. Unfortunately, Apex does not support cross-platform play. Why? Because the game was not developed with cross-play in mind. Seems out of touch with current sentiments, but hear me out. Apex Legends was developed during a time when the idea hadn’t caught on yet. I’m pretty sure that if they had known the potential of what a world with cross-play was really like, the developers wouldn’t hesitate to adding it in the game. But as it stands, cross-play is still a ways off.

Without going into too many specifics, we, the Apex community, know that Respawn is currently working on the feature as we speak. There is evidence floating around that reveals that the developers are dabbling in the feature, but there’s nothing note worthy happening on that front since it’s discovery. All we know for right now is that we can expect cross-play the PS4 and XBox player bases. No word yet if PC is part of the plans. Hopefully, they can iron the details and we can have cross-play on ALL platforms in some form or another.

With regards as to when the we’ll hear news about cross-play. I suspect that we’ll hear more around the time Season 4 drops on all platforms.; around the first week of February. Following this logic, we might be cross-play in service as early as Season 5. A June release doesn’t seem out of the question. Should the good folks at Respawn decide to delay it any further, Season 6 perhaps, they run the risk of competing with early adopters of the next generation of consoles. That’s probably worst case scenario there. If they have cross-play set for PS5 and Project Scarlett, that might be a potential game changer. Who know really? For all intents and purposes, Respawn might just give up on the idea all together. I hope not.

Destiny is one of those series that seemingly took forever to get where they are. First, the series was a PS exclusive for a while, then it went multi-platform. With Bungie eventually cutting ties with Activision and their oppressive grasp, Destiny 2 is now enjoying a new lot in life as a F2P game that many of us can enjoy. That begs the question: why haven’t they gone the way of the cross-play?

Reports seem indicate that Sony was the primary roadblock to any cross-play dreams. Of course, when Sony decided to soften up on its policies, it didn’t take long for the conversation to start anew. Hot on the heels of Bungie’s announcement to allow cross-saves, the heavily requested feature is now looking like a true possibility.

It would be very nice to take part in Destiny’s numerous raids, regardless of which system they use. PvP would need some looking over, of course. Balance is still the impossible task that need the most attention, even more so should they make it a true free for all. With all this in mind, don’t go thinking that cross-play is just around the corner. These things take time to implement. (It might be a little too late for Stadia players, but it’s not their fault.) In the meantime, a little patience from the community is all anyone asks.

You’d think that one of the major selling points of any multiplayer game is the ability to connect to as many players as possible in an experience. This applies even more so in games where cooperation and coordination is key to success. MH World checks all the boxes for a game that’s cross-play ready. It’s PvE focused for the most part. I don’t know how much of a difference there is between consoles and PC. But it’s about taking down large monsters, there shouldn’t be much issue. PC players might be able to turn faster, but then again, it’s up against huge freaking creatures. The game itself is about game-sense and general knowledge of the monsters, and not about skill sets that come from other games. So, why then does the game not go cross-platform already?

Despite Monster Hunter World being one of the biggest PS4 games of 2018, cross-play was never in the cards. This is on top of the fact that the PC version was out nearly a year later, and the game getting an expansion that might as well be it’s own game. The reason? Because MH World on PC is the base game on release. Meaning that it will take time before the PC version of the game is in sync with the console versions of the game. The additions to the PC version will in shorter cycles. But there’s still no word as to if cross-play will ever be a thing with Monster Hunter. Maybe when all versions line up perfectly, can we start the conversation for cross-play again.

Only time will tell if Sony is willing to make concession if Capcom and the players make a large enough scene. It worked for Fortnite and Rocket League after all.

In the case of Ubisoft, I can never understand why cross-play is not a thing in any of their games. Maybe looking at the buggy mess that is their open world games, and you’ll an idea why that’s the case. But we love ’em anyways. (The games I mean.) Look at it this way, Assassin’s Creed: Odyssey and Ghost Recon: Breakpoint both have “Time Savers” in some form or another. Odyssey doesn’t matter all too here as it is a single player game. (The grind still sucks, btw.) Breakpoint, on the other hand, allows players to drop as much money as they want until they can potentially own every item in the game. Without having to go through the actual game to unlock them. If Ubisoft can do this at the push of a button, why haven’t they introduced cross-play to their line up of multiplayer games?

Take a game like For Honor for example, I’ve been watching some of my favorite YouTubers make content for the game. It kinda puts my heart at ease as I think the game is very good. The problem is, it’s an absolute ghost town. I don’t know whether it’s because of bad timing or what-not. The fact is, no one really wants to continue playing a multiplayer game with no people to play with. A problem that cross-play can, at the very least, ease wait time between matches.

With Sony finally giving the green light for true cross-play, it would appear that Ubisoft intends to make all their games cross-platform compatible some day. There are no specifics here other games like Rainbow Siege: Siege and For Honor are priorities for the feature. Personally, I don’t see many issues popping up for For Honor. The game works either way on both controller and keyboard. I can even go as far as saying that controller is much more preffered in the stance heavy game. It’s Siege that’s giving me second thoughts. The controller’s limited aiming capabilities are going on full display up against mouse and keyboard. Though, to be fair, there are those who make it work despite the disadvantage.

Ubisoft is already showing the fruits of their labors by making it possible to challenge others via cross-platform with Brawlhalla. So, it’s safe to say that the feature will make an appearance sooner, rather than later. At least no later than for the games that were delayed for later this year.