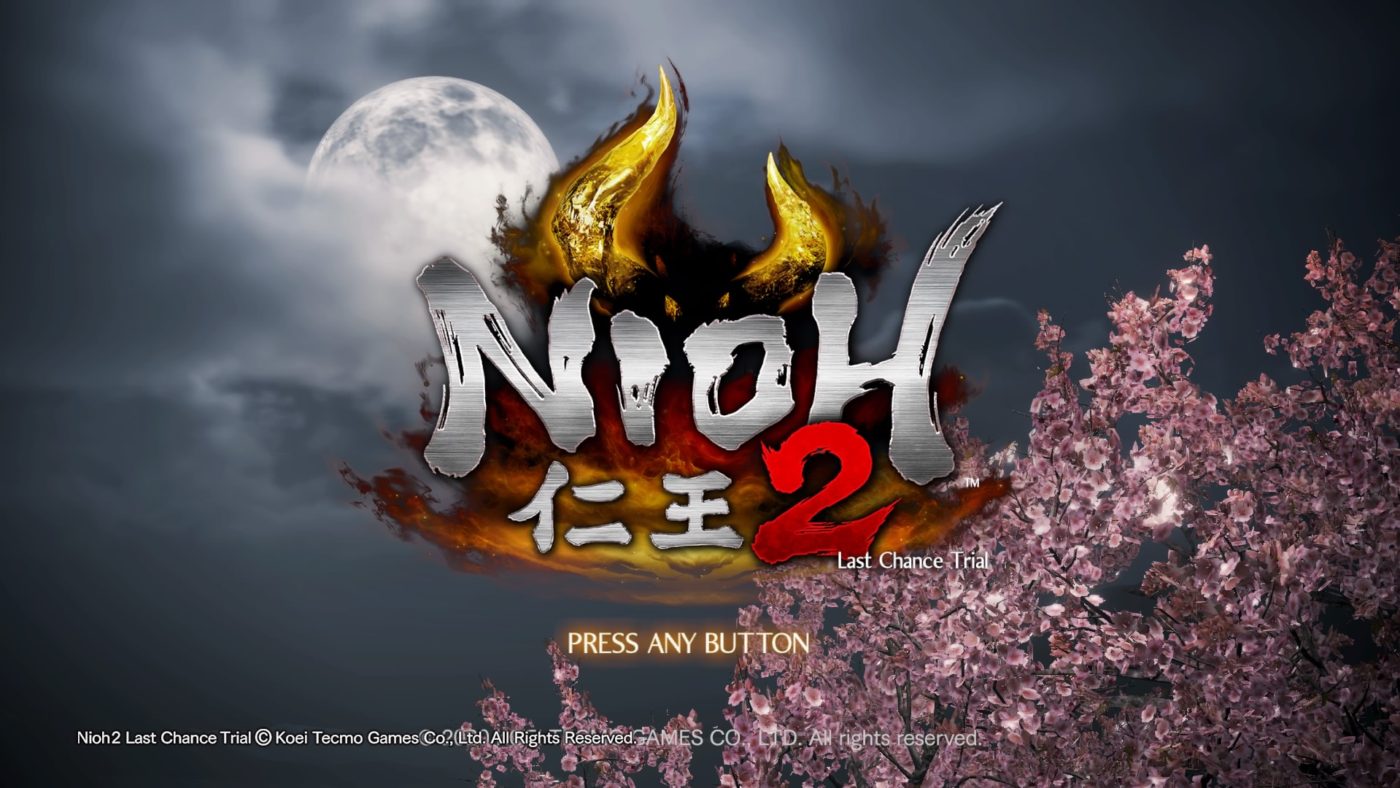 This weekend many players saw the surprise release of Nioh 2’s lastest demo – titled Last Chance Trial. It was an opportunity to get a hands-on experience of what the game could potentially be like come release date. We here at Sirus Gaming got to play all three missions of the game and our overall impressions are looking quite positive.

The demo opens up with a denizen of the underworld being attacked by demons. Yes, a sign that things are going to be different this time around. We are not playing as a specific character, we create one. The customization is a neat enough addition. But I somehow couldn’t shake the feeling that the game will ultimately just be us playing as a one-size-fits-all kind of protagonist. Much in the same way as the Souls series and more recently, Code Vein.

The game doesn’t waste too much time explaining the controls. A pop up here and there explains a few key commands. But all in all, it’s very light on instructions. The demo introduces the new yokai shift feature that allows the player to transform into one of 3 yokai. After choosing their starting weapons and guardian spirit, the player is instantly thrust into the over world map screen.

The all new over world map is distinctly different from Nioh 1, at least in terms of visuals. However, it still retains important markers like the starter town and mission markers.

The starting town is still the same as ever. important places like the shrine, blacksmith, and the dojo are practically the same as they were in the first game. The only notable addition here is the Hut. The Hut is sort of your apartment where you show case your various collections and player skins. I don’t know if it’ll affect gameplay in any way. But I’m glad that there’s more to do in the game besides killing monsters for the right materials.

The first available mission doesn’t hold back any punches. As always, making a mistake is very costly. Thankfully, the new Brute burst counter technique somewhat makes up for some mistakes. This is something that wasn’t in the first game. And what a lifesaver it is. This move in particular allows the player to counter an attack with the right timing. It’s specifically designed to counter attacks that have a red aura to them. But the nature of the attack also allows the player to deal damage to an opponent when the player is out of stamina or when a heavy attack is about to connect. It’s really quite useful.

The other new ability is Yokai form. It functions differently from how the burst attack Guardian spirits did back in Nioh 1. Yokai form takes one of 3 forms, depending on the preferred play style and gives the player an extra life bar when they need it the most. The yokai I chose for this playthrough is the brute. It’s a simple yet effective close-range heavy hitter. Not too flashy but it gets the job done.

I’m probably oversimplifying things a bit here. There’s just a lot more to consider this time around. All new status ailments from the Yokai realm, a new class of Kodama, and demon skills. It’s quite the information overload. The scroll system is completely overhauled, by the way. It still functions the same way it did in Nioh 1. It just takes the form of a sphere grid now. (Which definitely adds to the ever growing list of things to keep in mind.)

The demo’s first boss battle is a grueling one. A slug fest against a fire-and-ice demon. At first, I thought that I needed to make use of the elemental stones to deal major damage. After dying a bunch of times, I decided to drop the idea and rely on A.I. player characters to draw aggro. That also didn’t help as much as I thought. Its relentless attacks delivered killing blow after killing blow, but it’s pretty much on par for the course as a Nioh mission goes.

After mulling over it a little bit more, I decided to change up my play style and fight really close to it. I was also going to try and counter as many of its attacks as possible. Lo and behold, the strategy worked like a charm. The whole feeling of the fight changed from mind numbing hopelessness to GGEZ in a span of one fight. It’s crazy.

After defeating the boss, I unlocked the other 2 missions included in the demo. One being a one-on-one fight with a legendary swordsman and the other being a twilight mission that promises greater rewards in compensation for the harder difficulty.

The one-on-one fight wasn’t difficult to figure out. But admittedly, it took quite a long while to beat because I couldn’t pin down the timing of the swordman’s insta-kill attack. Fortunately, the match starts up immediately. So, it wasn’t as frustrating as getting stuck on the boss stage of a long level.

The Twilight mission lived up to its namesake. Enemies were much stronger and one misstep often led to a quick death. It’s a good thing I’m quite familiar with these kind of stages, or else the frustration would be too much. The key here was taking a lot of fights early on, building up levels using the armita gathered after each fight. Rinse and repeat until the final battle. (Also, I’d like the give props to the dev team for making such a nice farming loop near the end of the stage. Saved me a lot of time and effort.)

After gathering enough levels and elemental resistances, the boss battle at the end of the stage was nothing compared to what it once was when I encountered it for the first time.

And that’s pretty much all the content in this demo. You can probably keep playing for the whole weekend long. But apart from some rare materials, there’s nothing much to do except experimenting on gear combinations at the blacksmith.

I guess the big reward comes from DLC from conquering the first mission. After beating it, players can avail of a special reward that they can claim once the game goes live. So, not a bad deal, I should say.

Well, it’s fun getting back into the swing of things. I really did miss the stance system and the way I used to read enemy stances and surprising other players with advanced techniques. For most match-ups, it felt more a game of rock-paper-scissors than anything else.

The demo has it’s fair share of glitches. Small issues, really. One instance of an enemy getting stuck on level geometry. That one comes to mind. A few instances of enemy attacks going past walls. That one might be on me for trying to abuse the level layout to my advantage. Apart from that, the demo’s practically on its way to a full release.

If they follow through will allowing us to create custom characters… I will really miss the aspect of story telling that one can appreciate after playing as William for such a long time. But who knows, the demo is not the final product. And I’ll be fine either way if the game lives up to the same level as Nioh 1 in terms of gameplay.

I can’t wait for what they have in store with the full release of the game. The devs retained the core gameplay loop. While adding new stuff on top of existing features, mind you.

If you are a fan of Nioh and it’s Sengoku setting, this is definitely worth checking out.