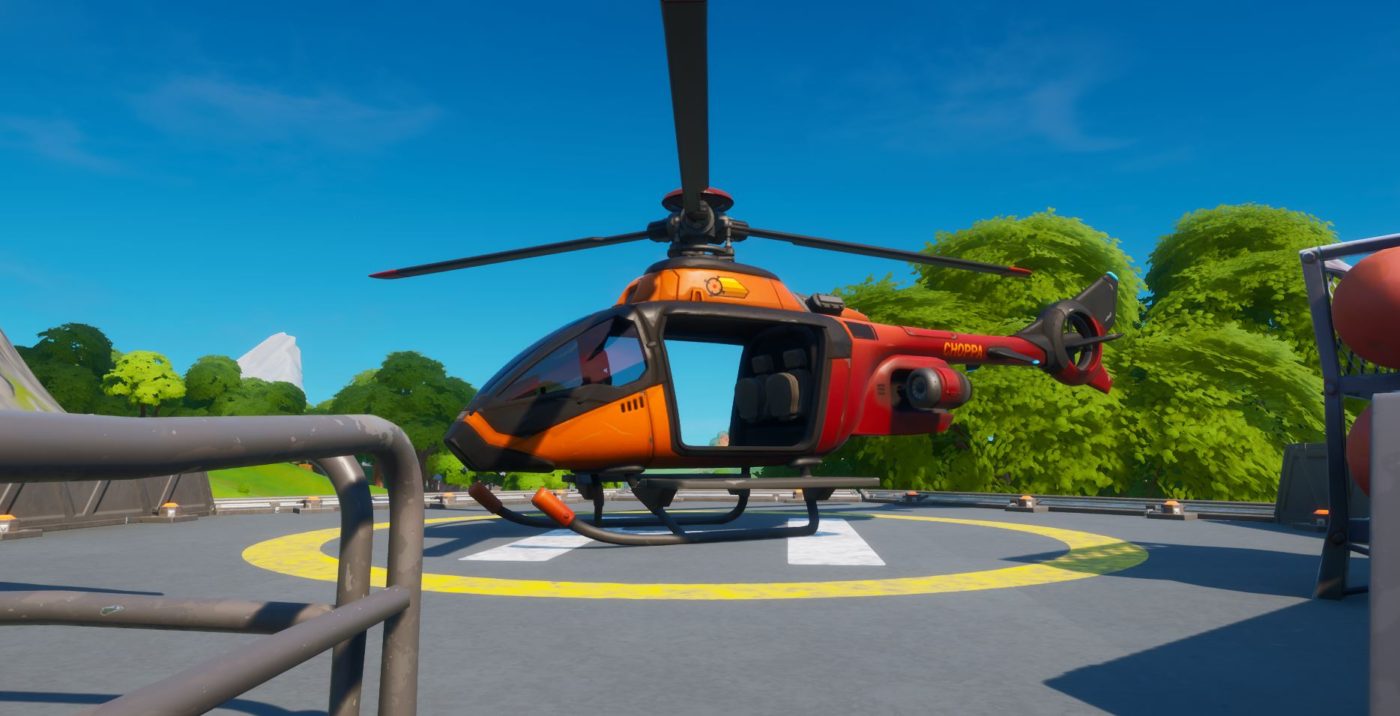 A new update has just been released for Fortnite. And it’s helicopters. With this new airborne vehicle comes new changes within the game, such as map modifications and a new locker. It’s a new shift to add choppers into the game as Fortnite’s map didn’t really call for it, but it does fit in with the spy themed season they have going on right now. But if you want to use it for yourself, then get ready to fight for the right.

You may remember that airplanes were also added to Fortnite quite a while back. But because of how much it wrecked havoc, they only ever lasted a season. Who’s to say if helicopters are staying for good this time around.

Other changes include a change in the map as well. A big explosion in the oil rig has destroyed the base and left an oil spill. The soccer field in Pleasant Park is now open for business. But changes aren’t only exclusive to the map. A new locker for players to access their skins and cosmetics have also been added to Fortnite as well.