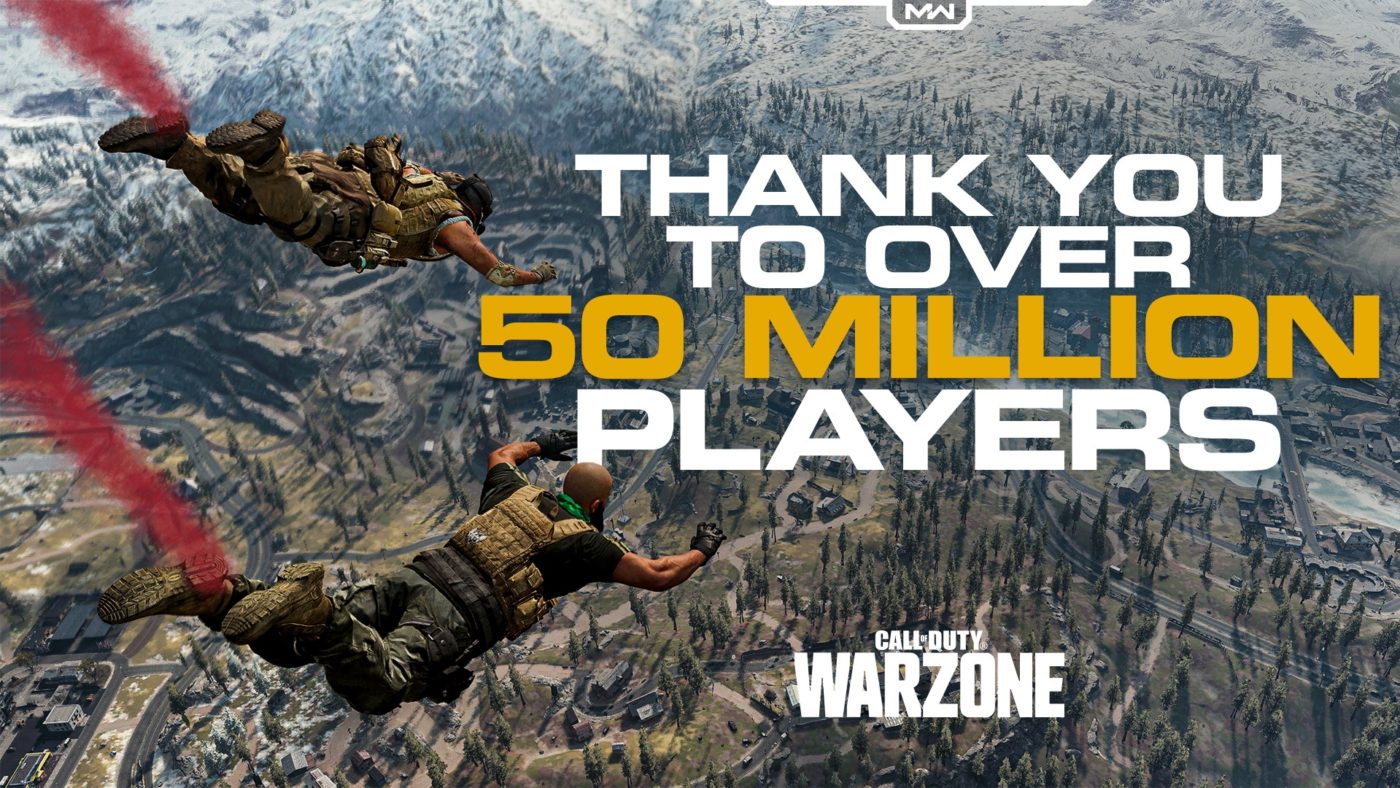 The publisher revealed recently that the game has gotten over 50 million players, which is way over its recent record. The previous one was 30 million and that was just three weeks ago. This is now the fourth week since the game launched.

The best part of Warzone is its way of changing things, trying out new things, and listening to the community so that it can bring back some modes that clicked. For instance Quads was not a very popular mode for the game and Trios was the community favorite. They got it back in the latest update. They also refresh floor loot.

Game developer Infinity Ward is hard at work, making balance tweaks, and switching things up. There are also rumors of a Duos mode coming up, which contributed to its popularity as well..