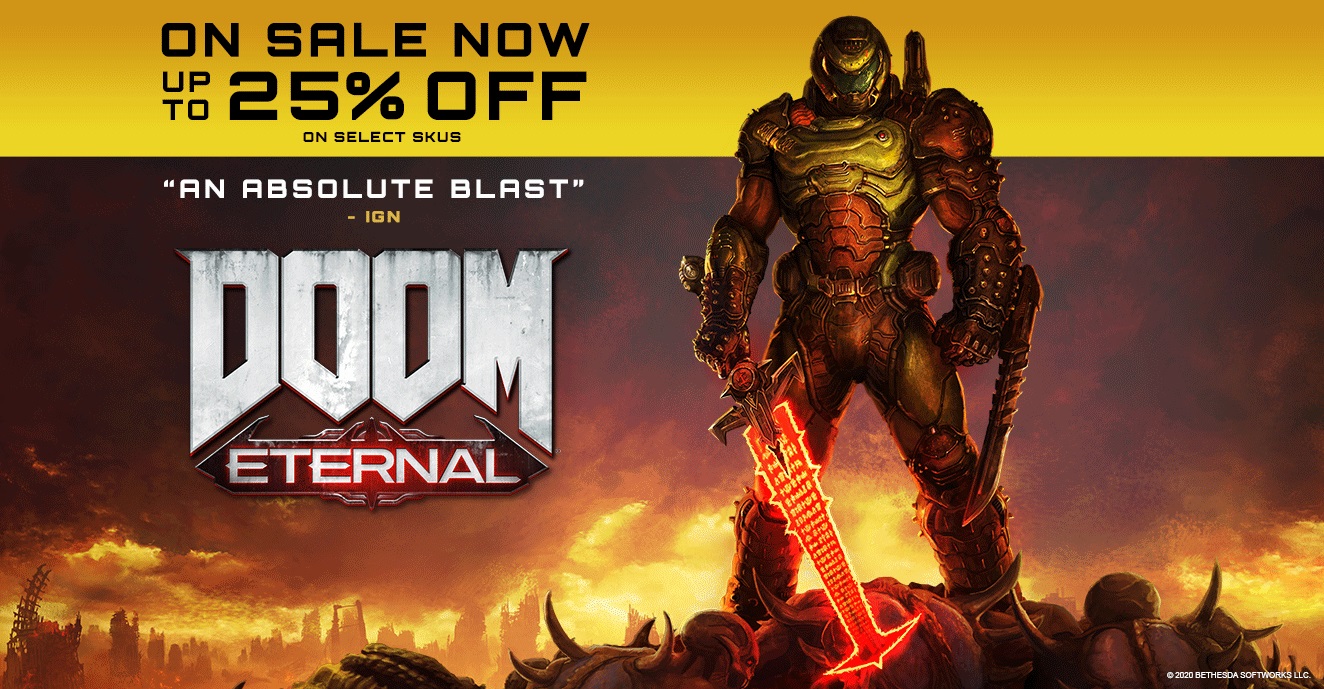 Doom Eternal Currently Discounted For The Week On All Platforms

After over a month since its initial release, the game is now discounted on all platforms available. Interested buyers can head over to all major digital stores like Steam, Microsoft Store, and PlayStation Store. Digital version on Steam is priced $39.99, but the PSN and Microsoft Stores price the game at $44.99.

There are some retail stores that are offering discounted physical copies as well. The lowest right now is $39.99 on PlayStation 4, Xbox One, and PC from Amazon US and Best Buy.

There was a recent controversy between composer Mick Gordon and id Software. It was also recently confirmed they will not be working together anymore.