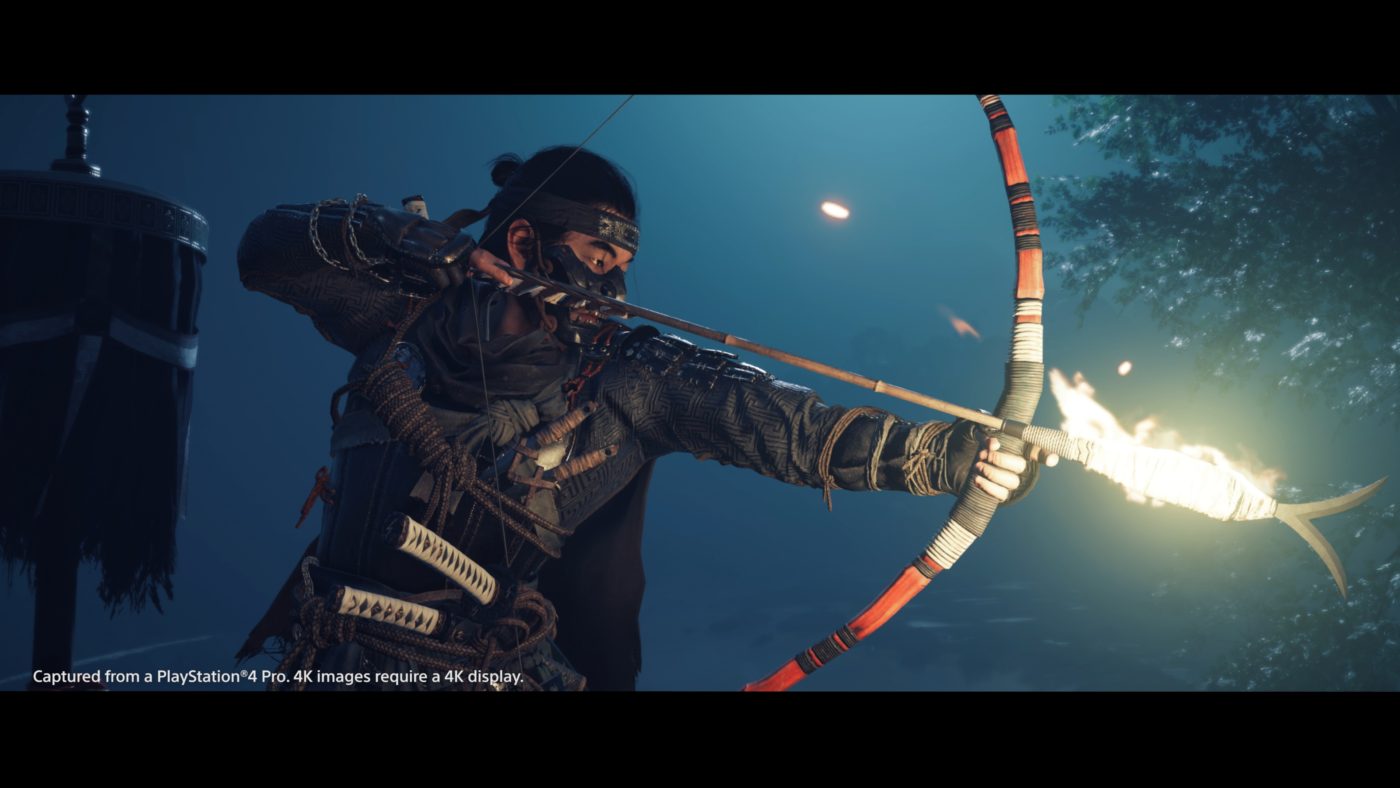 Upcoming samurai-themed stealth/action open world video game Ghost of Tsushima will be launching on July 17 exclusively on PlayStation 4. While the wait will be unbearable for those who are impressed with the State of Play footage, Sucker Punch execs Nate Fox and Jason Connell has provided fans with answers to many inquiries about the game from fans that posted on Twitter that Sony Interactive Entertainment collected.

One particular question was about the physics of an arrow headshot. A fan thought that the backwards force was unrealistic and over the top when he saw it on State of Play. Fox explained his answer thoroughly for this particularly interesting question.

Fox explained that Jin actually uses two types of bows in the demo. For the Samurai, he uses the Halfbow, while the Ghost form uses the Longbow. He revealed that the Longbow actually has a heavier blow compared to the Halfbow, which explains the powerful force that it shows on the footage. It actually knocks back the enemies when the arrow hits them.

Aside from that, Connell revealed some of the different weapons and tools that Jin uses in his journey from Samurai to Ghost. Aside from the two bows, he always has his family heirloom katana and will be with him from the start till the end. This will be his main lethal weapon in fighting against the Mongol invaders.

As Jin slowly becomes the Ghost, he will gain different kinds of abilities, tricks, and tactics. He can use throwable kunais and smoke-bombs at close proximity for quick escapes and kills. A fan asked if he will be able to use other types of weapons like axes or spears, but Connell did not answer that question because they want the fans to discover that in the game. It is possible though that he will be able to pick up the weapons that the Mongols drop after dying from his hands.

Also Jin can play the flute at any time the players like. It will be the best way to create a serene moment and take in the view.