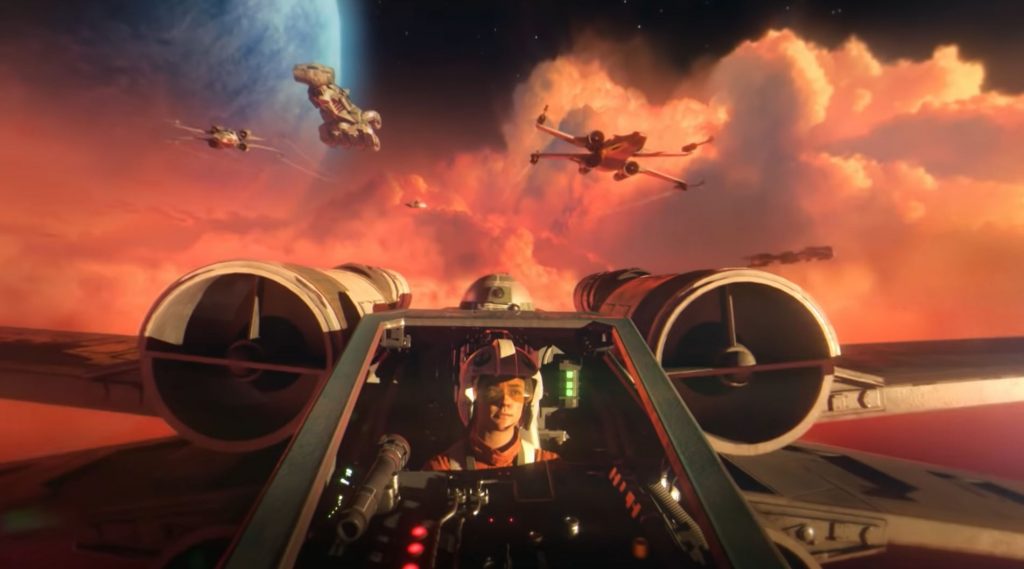 Upcoming Star Wars: Squadrons has many fans excited on piloting a starship with full immersion on first person view. Since players will be focused more on the cockpit rather than the surrounding environment, they will be looking at the different instruments around them, which actually have functions in this game. One of those mechanics that players will need to manage is power management.

Creative Director Ian Frazier discusses how power management helps with gaining a victory in space battles and the drawbacks if they are handled improperly.

Frazier revealed that there are three core categories that will highly improve the pilot’s chances of survival and victory in a space battle. These three categories are engines, weapons, and shields. It will also depend on the starship they are piloting because sometimes it will not have one or two of those categories.

In a space battle, players are allowed to put more power on one category or more depending on the energy capacity of the starship. If a pilot puts more points in lasers, it will make the lasers recharge faster, which makes them shoot more regardless of which specific kind of laser they are equipped with. If they put more power on shields, it will make it regenerate faster, regardless of specifics.

Here is where some of the drawbacks are revealed according to Frazier:

But, if you max either of those systems? In the case of lasers, it’ll overcharge the lasers. Overcharging an engine is building that boost capacity which will, the moment you stop maxing engines, you’ll slowly bleed that off. It decays back, and you don’t go to zero but you lose you afterburner fuel.

This will make gameplay more interesting and immersive because this is just how pilots of the starships handle these situations in several Star Wars films, TV series, animations, and more. It will be confusing at first, but once players get the handle of things, it will be fun to play with.

Star Wars: Squadrons will be available on Oct. 2. It will be released on PlayStation 4, Xbox One, and PC via Steam and Origins with compatibility for PlayStation VR and PC VR.