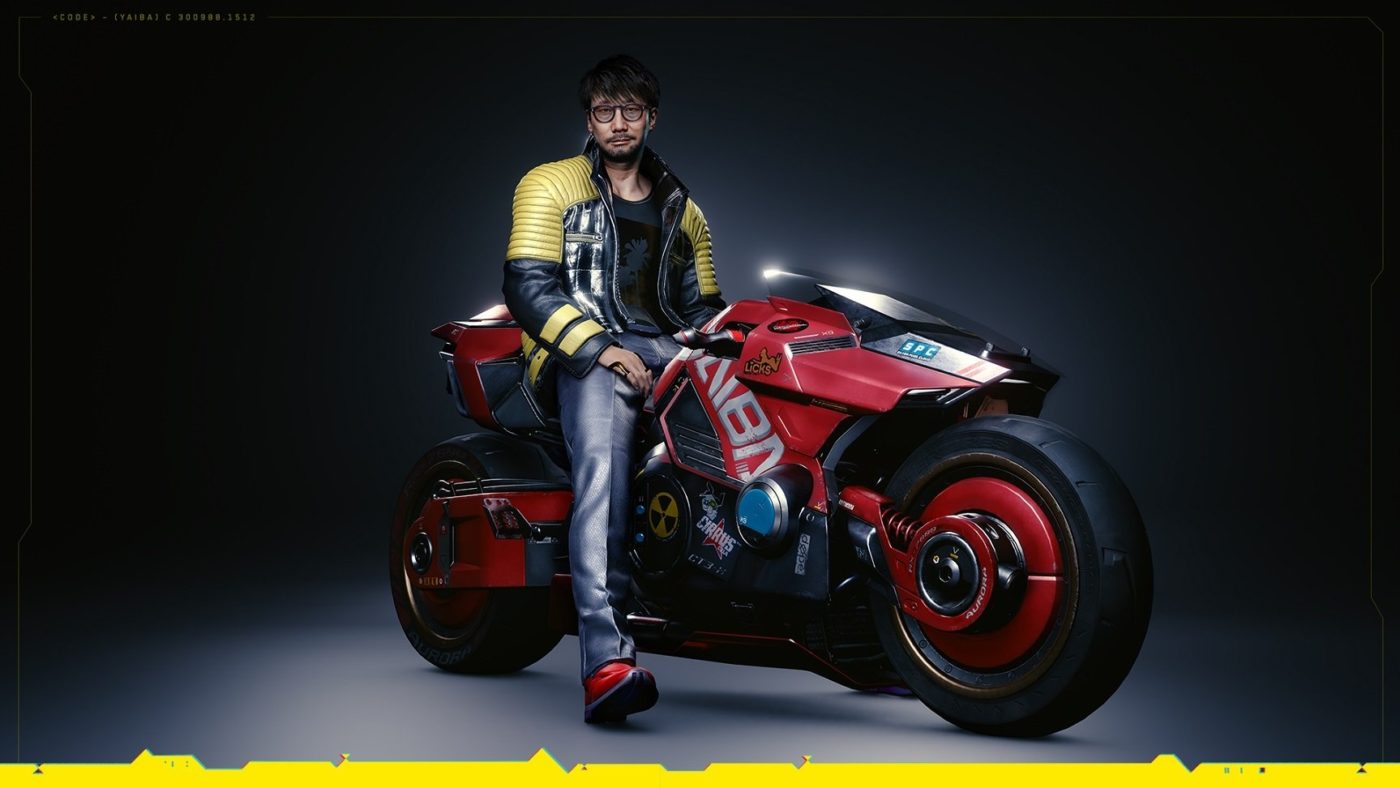 The images posted on the game’s official Twitter account showed Kojima on a futuristic bike with the Cyberpunk 2077 background behind him. It seemed to be taken from an event that he attended previously. The game studio congratulated him for the successful PC launch of his title Death Stranding.

From here on out, this will be speculation about the images. Aside from the first image, another one was attached with the studio’s possible concept art version of Kojima on the same futuristic bike. He is wearing a jacket that looks to be common in the upcoming game and looks rather a bit buff.

This image could possibly be a hint that Kojima’s NPC version will be in the game as a cameo or a proper NPC that will give the protagonist a secret quest. It looks that way, but the studio has not confirmed nor denied this. Some commenters on the Twitter post are agreeing with my speculation though and others are even going to extreme lengths like “can we ‘romanticize’ Kojima in cyberpunk?”

Cyberpunk 2077 will launch on Nov. 19 on Xbox One, PlayStation 4, and PC. PlayStation 5 and Xbox Series X versions will be available when the next-gen consoles arrive.