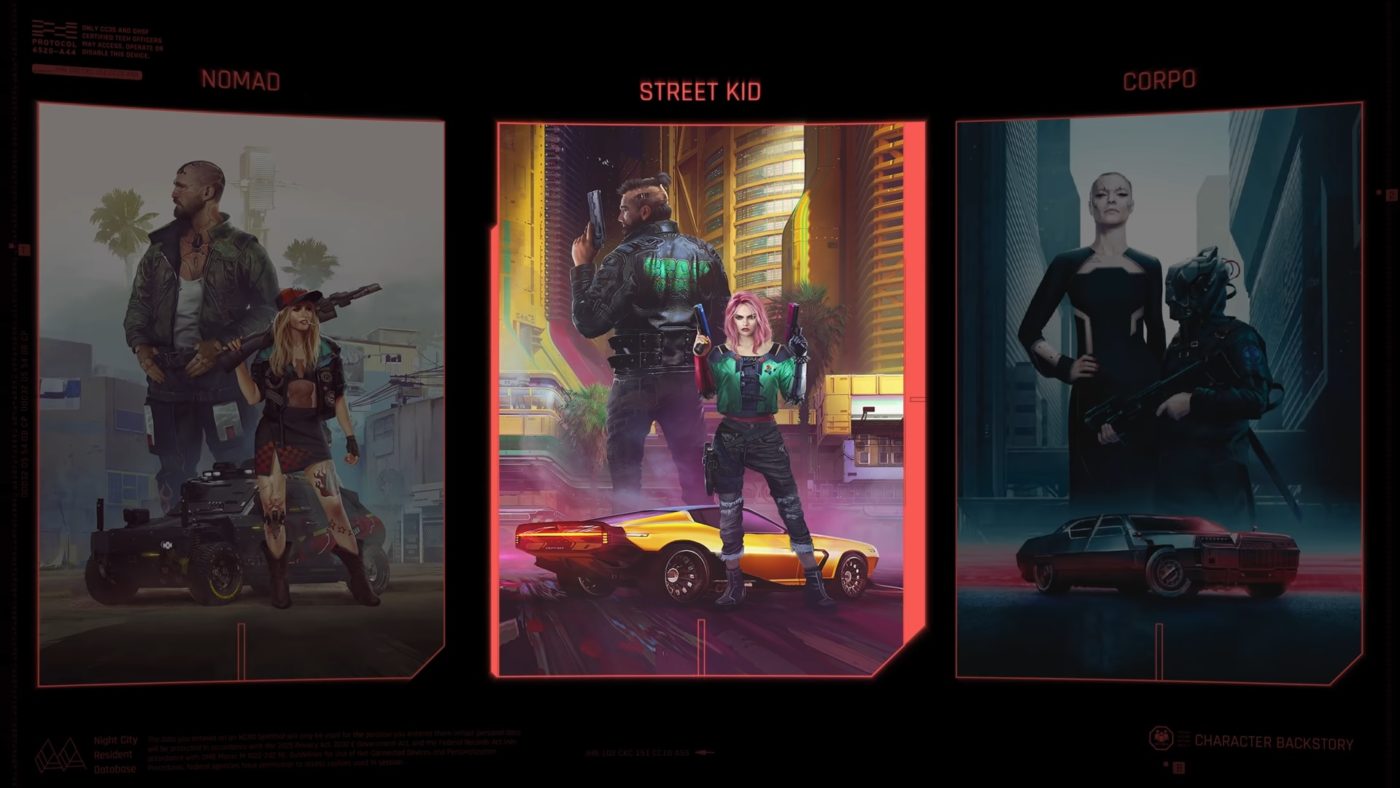 The trailer is titled Lifepaths Trailer showcasing the three different kinds of backstories that players can choose from: Street Kid, Corpo, and Nomad.

Nomads are outcasts that live in the desert named Badlands that is just beyond Night City. Certain events happened that led V to leave the clan and try their luck in Night City in order to survive.

Corpos are members of the Arasaka Corporation and players are inside the boardroom. They have access to higher-up knowledge and better technology, but they are rather more sheltered compared to the other two.

Street Kids are raised in the streets of Night City and they are more familiar with criminal activities. They might not have experience of being outside the walls of the city and the higher tech from the rich, but they have experience in terms of street credit.

Cyberpunk 2077 will launch on Nov. 19 for Xbox One, PlayStation 4, and PC. Xbox Series X and PlayStation 5 versions are coming sometime in the holiday season.