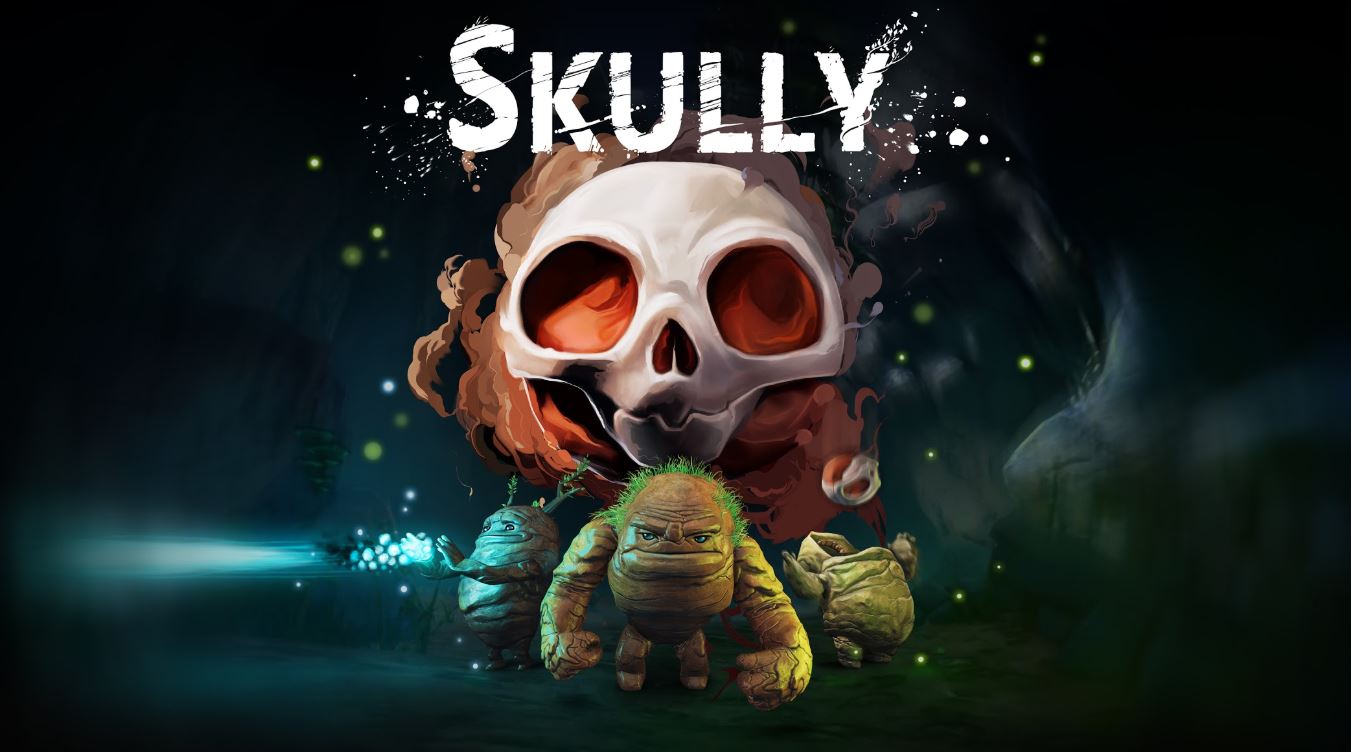 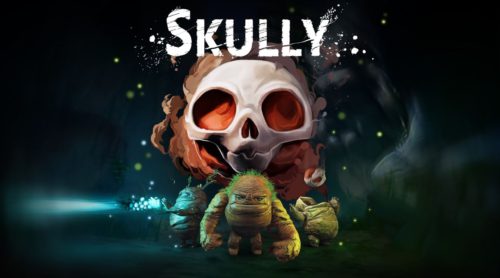 Skully is a puzzle platformer that, while simple and fun, is much more challenging than it may seem and because of that it will probably take the wind out of the players who are trying to enjoy the game, coupled with somewhat bland level design and a soundtrack that isn’t anything worthy to write home about makes for an experience that leaves a lot to be desired.

Skully starts out with a skull just being washed ashore and then getting reanimated by an earth deity named Terry who needs Skully’s help with trying to stop his feuding siblings from trying to destroy each other with the aim of filling the island with their respective element. Skully is our silent protagonist who just mainly rolls around and can create and control golems to aid him to trek through the island and solve the path that he needs to pursue.

Skully can roll, jump, collect flowers for collectibles, stick to certain walls, hates water since it can kill him among many things, control golems that have different abilities. Like 1 golem has a strength that can break walls, create shockwaves to kill enemies, and even throw Skully, then other golems once unlocked have the power to sprint really fast, do a double jump, and even moving platforms.

The golems are quite fun and provide skully a level of protection from threats but are still easily breakable. Probably the best part of the game is when the game challenges you the player to solve the platform/puzzle by utilizing the different types of golems which is a bummer that it doesn’t happen as much as I would have liked.

The game’s controls are responsive enough that it makes the journey become less of a headache since the in-game physics usually work against the player like for example roaming around a path in a high up area with roads that can make one fall easily and wind mechanics that are there to push you over the edge. So it’s a matter of reacting fast enough to stop and try to hold on for dear life.

Unfortunately, the game gave me too many instances where I easily overshot or undershot my jumps/throws which caused me death and the nearest checkpoint was quite a ways off which caused me to backtrack and get the collectible flowers all over again while avoiding enemies and obstacles that are there to destroy my little Skully self.

Which leads to another headache which is the inconsistency of the checkpoints, there are some areas where there can be an abundance of them and others where they are so far apart and the level is hard enough to kill Skully enough times and redo the routes that it can easily make one just exit the game, close the application, and try another day.

One of the worse aspects of the game is the camera, you can use the camera to help you see better but there are times when it can be in a position where part of the background will obstruct the view of the player and in the worst-case scenarios be the cause of death. There are also certain sections of the game wherein the camera is fixed which is an issue because if the player goes really far that it’ll be hard to calculate how far the jumps will be in order to go through the path.

The levels don’t have enough twists and turn to make any of them truly memorable and mechanically challenging in a good way. The music fits usually fits the themes of the levels but just like the said levels they usually feel bland. Performance-wise for the game was nice though since there were no issues playing it on the PS4 Pro and the framerate definitely felt like it was stable 60 FPS with no frame drops or anything of the sort though there isn’t exactly much going around anyway.

Skully probably could have been a much more fun game than it currently is right now but there were far too many headaches especially physics wise that playing this game while suffering from an ailment that involves a headache to which I did, felt like I needed to be absent from my work for another day. So for those that like a challenge and don’t mind some camera and checkpoint issues then Skully might be a game that one can easily roll with.