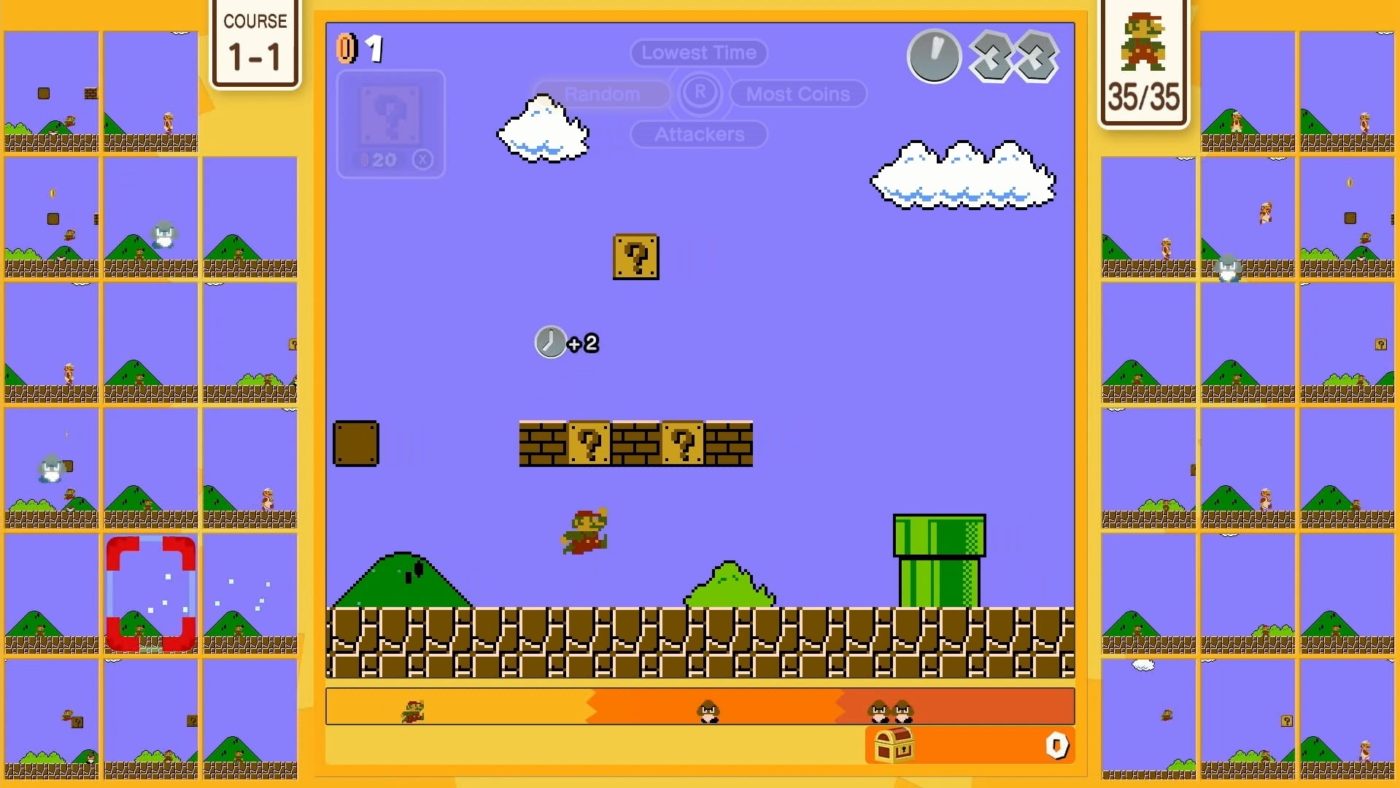 The game will be available on Oct. 1, but this will not be around forever because it will be around until March 31, 2021 only. The game is a battle royale but with Super Mario Bros content. 35 players will play all at once and will try to compete on the course. They will have to race against time, defeat enemies, and sabotage their opponents in an online battle to be the last player standing.

Each player will have their own timed stage, but in order to gain more time and the ability to attack other players, they will have to defeat enemies in their course. Getting coins will give them the chance to purchase in-game items like power-ups. This will be a free-to-download game exclusive only to Nintendo Switch Online members.