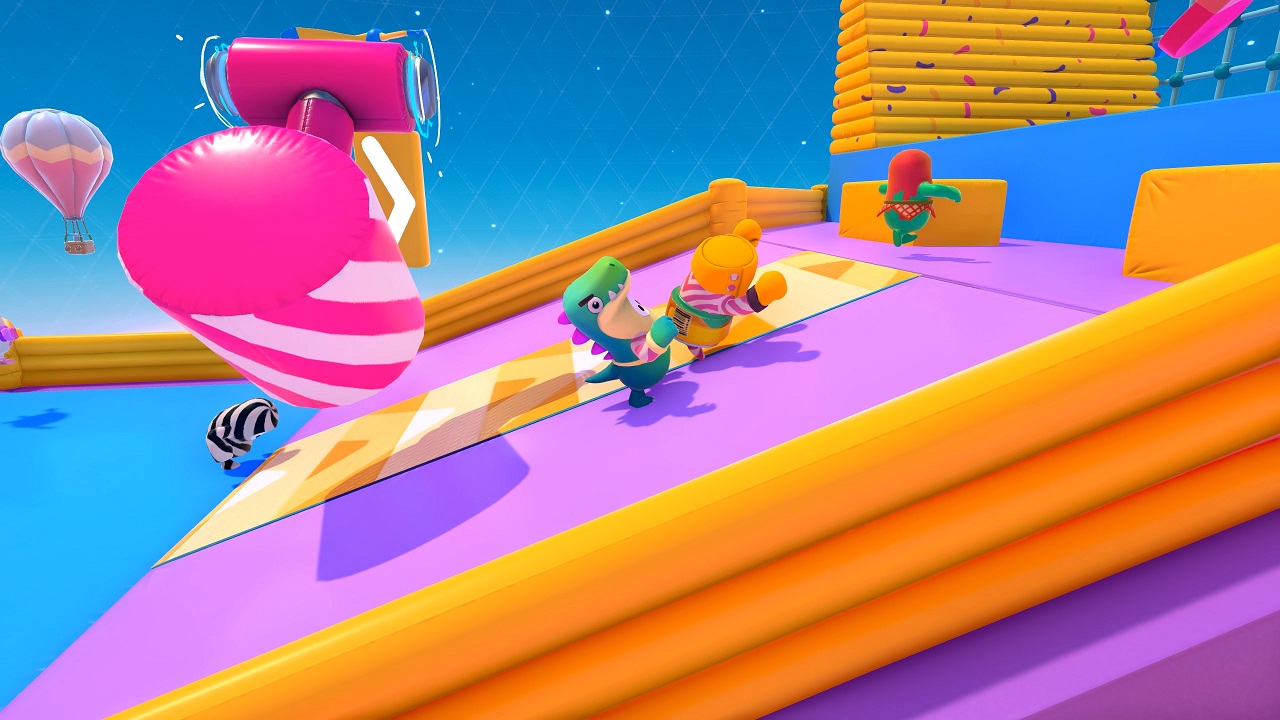 The newest mid-season update has unleashed the Big Yeetus feature and the Anti-Cheatus system for the PC version. This is Epic’s Easy Anti-Cheat system that can combat cheating players using tools that hook into the game to apply hacks. Easy Anti-Cheat is used by the best in the business and this can help the honest players to be kept safe from bad ones who only want to exploit them.

The Blunderdome will be a bit different this time with the familiar favorites changed in some new ways. There will be a dozen of additional obstacles, random rotations, and more tumbling fruit.

The Mediatonic team has been implementing hot-fixes and tweaks to improve the Fall Guys experience since day one, and today’s major mid-season patch continues this quest. Players can expect changes to enhance server stability, nifty VFX improvements and a whole lot more to make Fall Guys just that little bit smoother.

Big Yeetus has been unleashed in random chance. This will cause further chaos in the game, but it will also be fun for the players.

Check out the update trailer here: