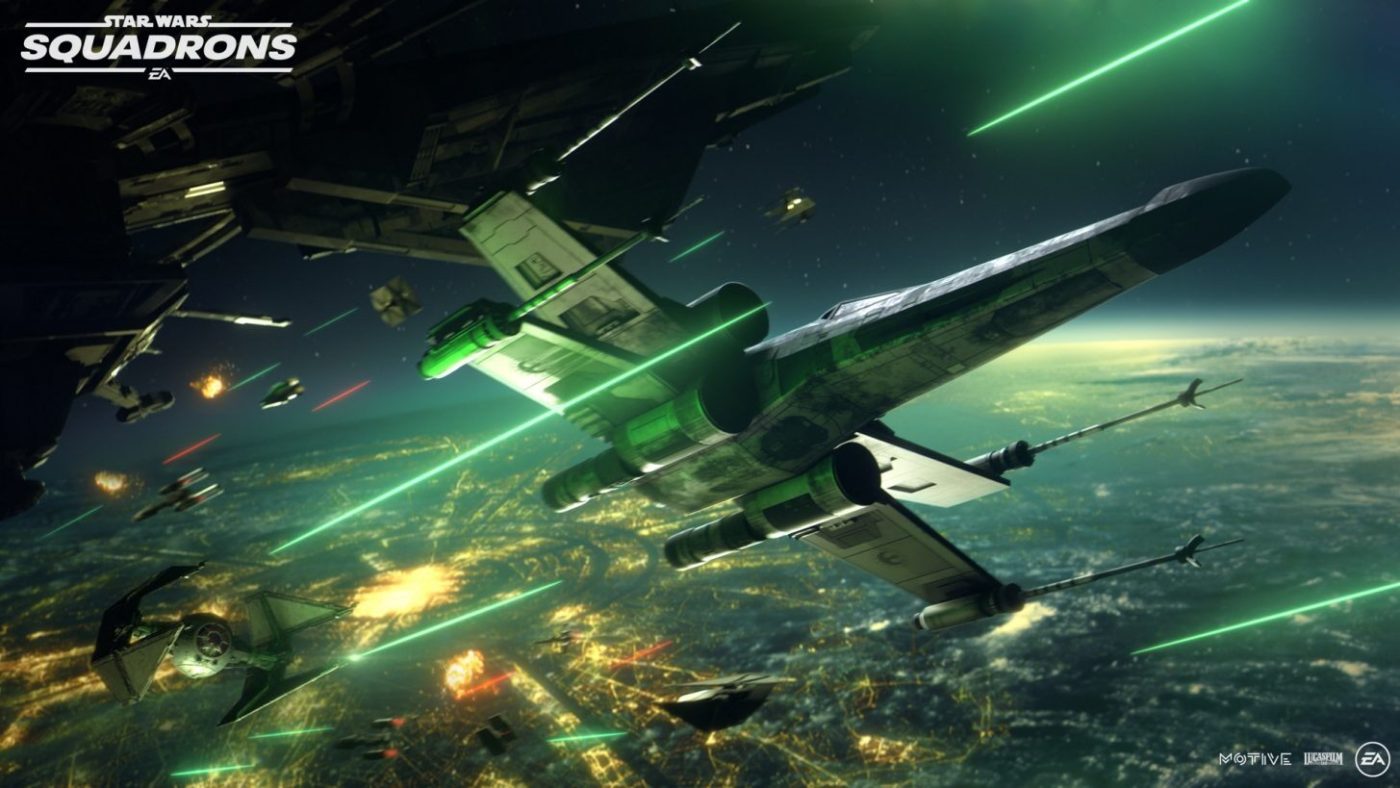 It’s been ages since we got a taste of another Star Wars starfighter simulator on other platforms. Since Star Wars: TIE Fighters and X-Wings Alliance‘s launch in the mid-90s, the concept was rather interesting as it tried to recreate the experience of an actual Imperial Pilot and an X-Wing Rebel pilot. Then Star Wars: Rogue Squadron came, the arcade-like flight simulator, pretty much the Need for Speed of Gran Turismo if you get the comparison.

Rogue Squadron began as an exclusive title for Nintendo’s GameCube with its second installment, the franchise never made it to other platforms, and apparently, the deal between LucasArts and Nintendo was so tight that it can’t be ported to another console, even on PC. What we’ve gotten so far were cheap spin-offs like Jedi Starfighter and Starfighter, both seemed to be fun but were never truly impressive — the lack of narrative, cumbersome controls.

EA Motive’s own take in this starfighter simulator is so grounded that it can shut-off casual gamers who just know the Star Wars name because it’s… Star Wars, you know that movie with laser swords and that black robot dude who’s wearing some kind of a German helmet from World War II.

Squadrons puts you in the eyes of the pilot, giving you the essence of being an “actual” pilot than just a player who pull-off theatrics. Even if you select the “Story Mode” difficulty, the other term of “Easy” mode, the feel will still be the same, it won’t give you some slack aside from how harmless enemy A.Is are.

The story leads up to be a classic Star Wars tale. Focused on the Original Trilogy and after the events of Return of the Jedi, Squadrons’ narrative rather falls short than being captivating. I’ve probably expected the game would primarily focus on the Imperial side, as the recent CGI hinted that the Imps aren’t at all the bad guys, that they were fighting for their own people, for their brothers in arms. Unfortunately, that wasn’t the case. When I said it gears towards as a “classic Star Wars tale”, that’s having a clear distinction between good and evil. Meaning, the Imps are obviously still the bad guys, the Rebel Alliance saves the galaxy, and that’s the end of it.

While I haven’t finished the entire single-player campaign yet, I’m already at Mission 7, the plot direction could’ve had a fresh take in a different perspective. But EA Motive, for some reason, followed how DICE handled Star Wars Battlefront II‘s narrative. It’s slowly becoming a cliche in Star Wars video-games as there’s no unique storytelling that would introduce us with surreal systems, planets, and characters, unlike Respawn’s Jedi: Fallen Order. Instead, EA Motive went for a safer path than going beyond but with pilots, in a galaxy far, far away.

Squadrons shines on gameplay than with its story. You get to commandeer an X-Wing or a TIE Fighter and experience it first hand how different both starfighter feels like. It’s not your typical Starfighter Assault in Star Wars Battlefront II, the gameplay is more grounded, highly focused on simulation. You have to balance out each of your ship’s performance to get that right mix. You may opt to prioritize engines over shields, weapons over engines, and even decide how the deflector shield should be used just like in the films.

I like how you have to immediately adjust your needs in battle. Whether you want to get a speed boost to drift, transfer all the power to your weapons to give it a longer duration, or balance everything out again. It’s all about the right mix to make you win in a dogfight in space.

You can also customize your loadout before you launch into battle or mission, but not without sacrifices. If you want to put more emphasis on your engine’s maximum acceleration, then you might have to sacrifice a little bit of your maneuverability. EA Motive added a little more depth than simple starfighter class variations. You may even customize how your X-Wing will look like, and you may unlock these with the in-game currency you earn from playing in multiplayer.

And each ship’s controls vary, especially its features. Let’s take the X-Wing, for example, you’ll have better precision when it comes to your weapons, plus you can set your loadout to focus on your shield’s regeneration. While the TIE Fighter focuses on engine boosters, making them faster and deadlier in close combat, they don’t feel as heavy as the X-Wing, making them versatile in every situation but their hull integrity is rather weak, and can easily be killed. You have to be skilled to fly a TIE, and that’s why I love it. It gives every battle some added challenge which makes it thrilling and fun.

At the time of this writing, multiplayer isn’t available and I have yet to finish the single-player campaign. But so far, the experience was enjoyable, I definitely loved the exhilarating feel of battle in space, especially those moments when you get to shout “woo!”. The learning curve is a little steep for those who haven’t played flight simulators, especially if you’re used to Starfighter Assault on Battlefront II with those arcadey controls. Aside from that, it’s actually a decent game, and it seems like EA Motive focused more on its multiplayer, which I have yet to dive into.