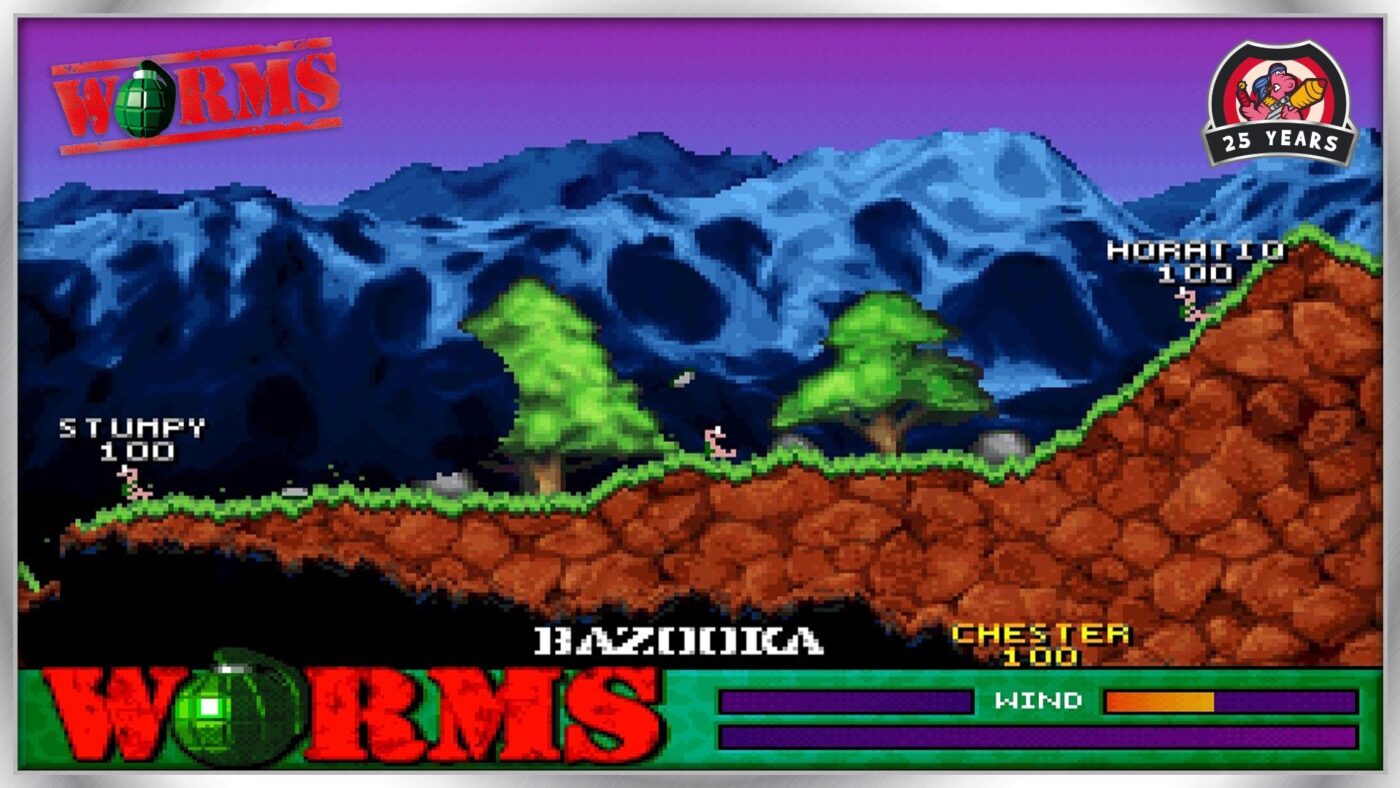 Game company Team17 is celebrating the 25 years of its iconic franchise Worms.

Originally produced as ‘Total Wormage’ by creator Andy Davidson the Worms series has long expanded and experimented with new concepts and gameplay, including 2003’s Worms 3D and 2011’s Worms Crazy Golf. The latest installment – the fast paced, real-time action Worms Rumble – will continue this inventive trend on December 1 when it launches on PlayStation 5, PlayStation 4, and PC.

Team17 celebrates the big milestone with its new store offering big discounts for Worms titles and this will continue until November 24. There are other bundles that offer bigger savings. There is an additional 10 percent discount code offered by Team17 via social media channels to celebrate the launch of the store and this will apply to Worms Rumble pre-orders.

Aside from the anniversary, Team17 also announced the three iconic installments in the series Worms, Worms Armageddon, and Worms Blast to launch onto Evercade console platform in 2021. There is a special set of pin badges form Pinfinity that feature Worms through the ages with added reality functionality that will be available for pre-order.

For a long time, Worms has been at the very heart of Team17. Even now, years into a successful period as a games publishing label, the battling critters remain an important part of our DNA. It’s a series loved by gamers of all ages for decades, with an enduring appeal even when it’s explored and played with new experiences. Watching the series develop over the years has been a wonderful journey to share with one of the most passionate and vocal communities in gaming. Here’s to another 25 years of Worms!