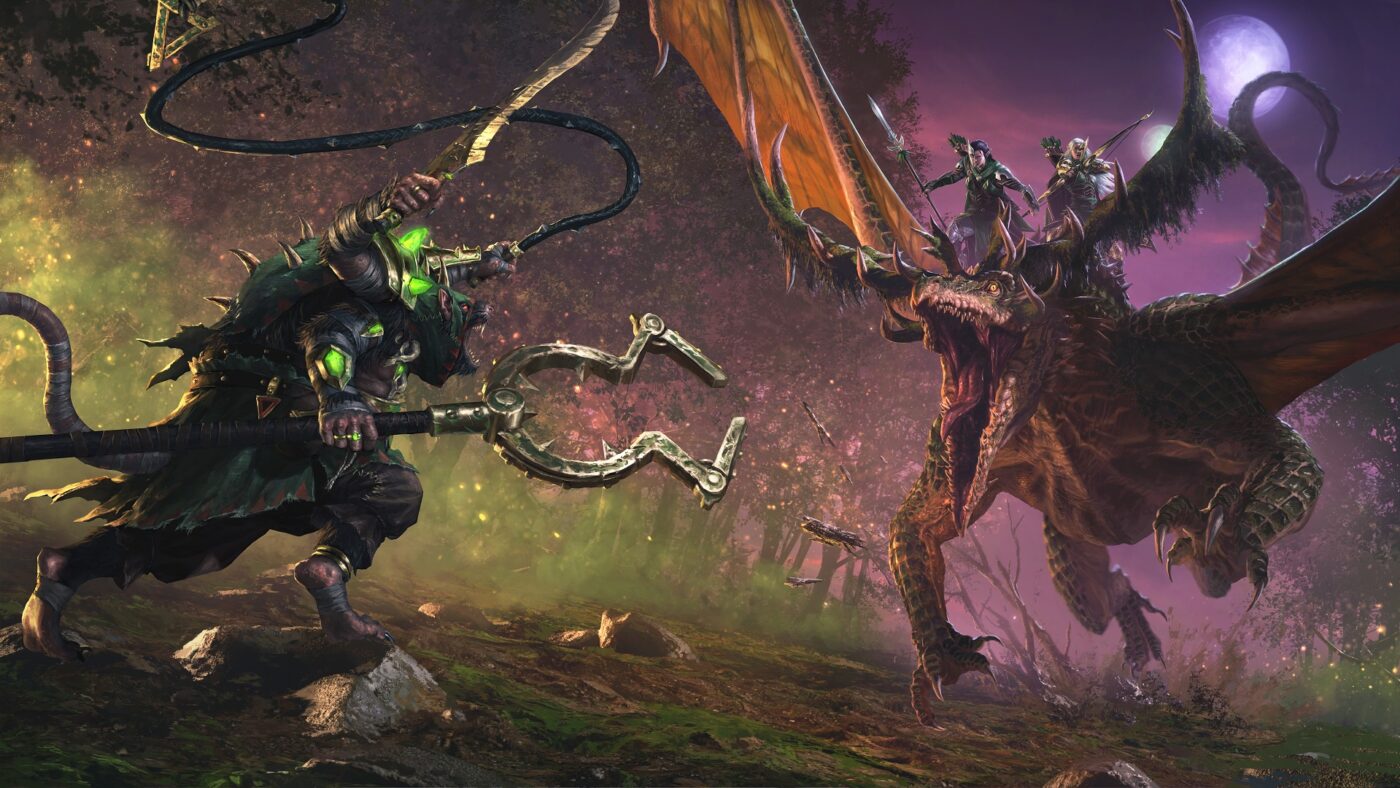 There will be two new Legendary Lords introduced to this game, which are Throt The Unclean and the Sisters of Twilight. Each will have their own new and unique campaign and faction mechanics, as well as a multitude of ruinous warriors and beasts like the Great Stag Knights, Zoats, Pack Masters, and many more.

The new Lords Pack will also introduce yet-to-be announced Free-DLC to all players of the game. There will be more content later on.

This Lords Pack will introduce the Old World update for the Wood Elves faction. It will overhaul some parts of the game with some quality of life improvements for key mechanics, unit balancing, and more.

THE TWISTED & THE TWILIGHT: