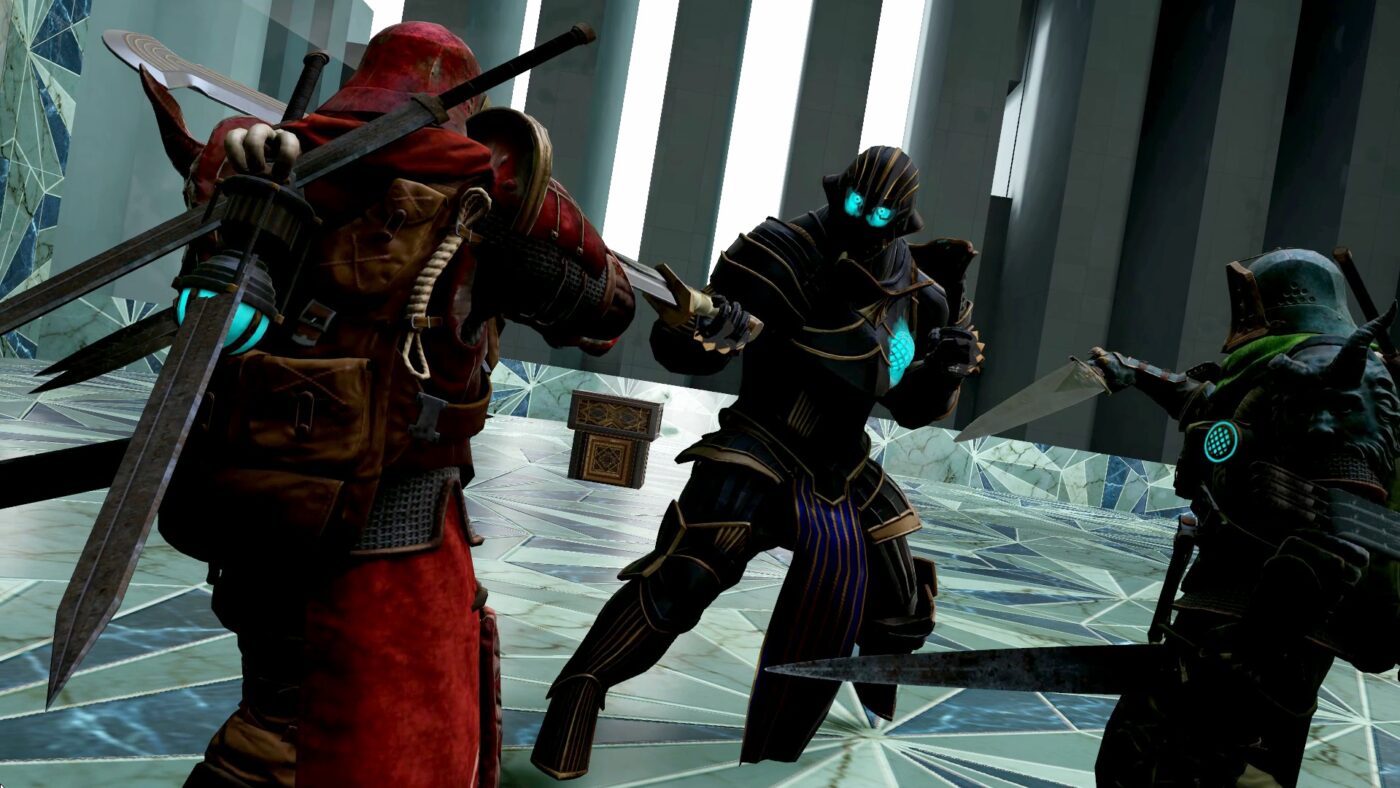 The upcoming PS VR game will be launching on December 8. It is already a popular title on the Oculus Rift, Oculus Quest, HTC Vive, HTC VIVE COSMOS< and Windows Mixed Reality. PS VR fans will be able to enjoy fast-paced rogue-lite action and realistic swordplay. The game will available globally in English and Japanese for only  $29.99 USD.

Featuring both single-player mode and online co-op with up to 3 other players, SWORDS of GARGANTUA features realistic swordplay in an immersive VR-enabled online environment. Players must level up their weapons and abilities to fight against a horde of enemies, and ultimately face their master, the towering titan named GARGANTUA. A wide variety of weapons are available, allowing you to pursue your own virtual reality action (one and two-handed swords, axes, maces, boomerangs, shields, etc.). While playing, you can use voice chat to communicate with your fellow warriors while taking on the enemies in Tesseract Abyss.