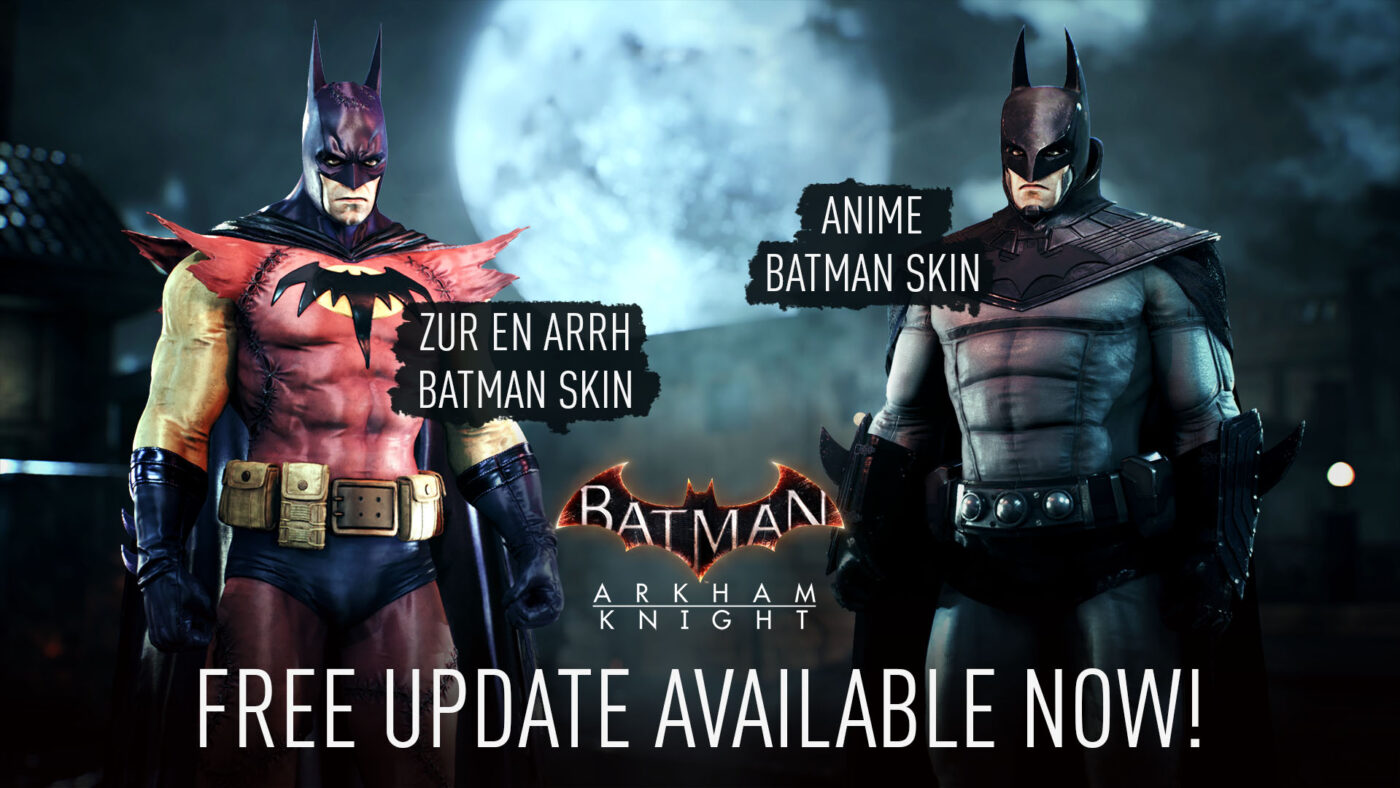 Batman: Arkham Knight Gets Free Update Including 2 Skins from Launch

The announcement came from the official Twitter account of the developer. They revealed that many fans were asking for the skins, so this time they are giving it away so everyone can enjoy since the game’s launch way back in 2015. The skins are the Zur En Arrh Batman Skin and the Anime Batman Skin.

This is the developer’s way to celebrate the holiday season. Aside from that, no other mention of what the free update entails, but it could it only introduced the two skins. Or they also added a few tweaks and fixes too.

Batman: Arkham Knight is now available on PC, PlayStation 4, and Xbox One. It can also be played on PS5 and Xbox Series X/S via backwards compatibility feature.