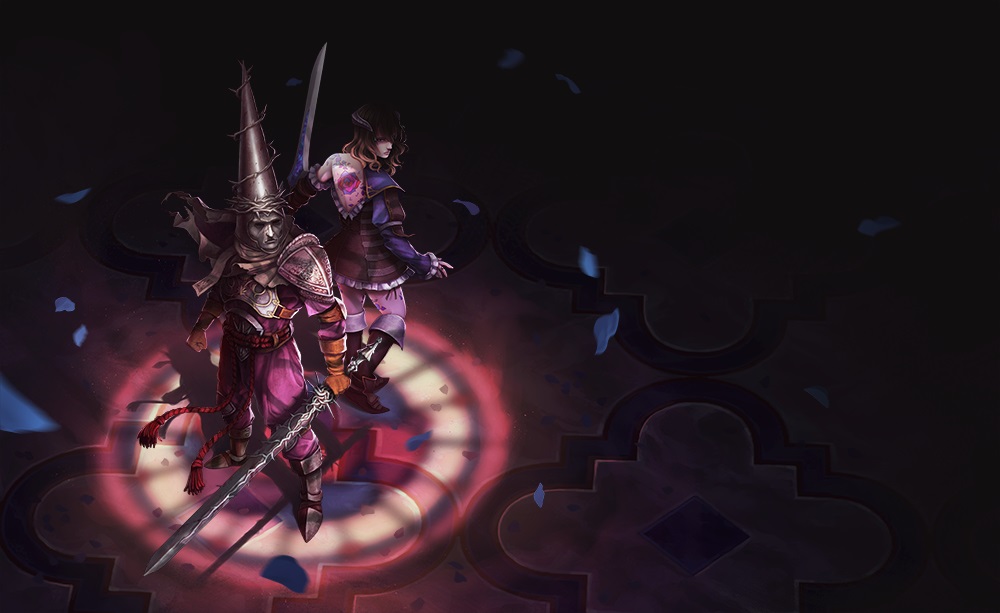 Blasphemous Gets Crossover Content with Bloodstained: Ritual of the Night

Game publisher Team17 and developer The Game Kitchen has partnered with 505 Games and Artplay today for a crossover event for video game Blasphemous.

The crossover is from the popular game Bloodstained: Ritual of the Night and its protagonist Miriam landing in Cvstodia and seeking help from The Penitent One. This is a new mission where it is free to get and it is called Strife and Ruin. It will be available on PC, Nintendo Switch, Xbox One, and PlayStation 4 this coming February 18.

Players will be helping Miriam return to her own world. They will have to finish different kinds of tasks like platforming challenges and collect shards that could repair the portal that could send her home. There will places filled with traps that will force them to hone their precision platforming abilities. Completing this mission and helping Miriam return to her world will grant them an awesome reward.

Strife and Ruin update will introduce the Boss Rush mode, which will be available to access after completing the main storyline. This will feature courses containing a selection of bosses that players taken on using any of their save files. Each run is assigned a score based on many factors and with medals available as rewards.

There is a Demake Area added to pay homage to classic 8-bit platforms. It provides a linear experience and can be played inside an arcade cabinet hidden in a secret location on Cvstodia. It has reimagined visuals to match the retro style. The mechanics have changed too, which tasks players to collect five golden skulls and defeat a new boss to gain the rewards. The Game Kitchen has included several new render modes as well that would emulate the old TV effects that can be applied to the whole game.

Blasphemous is now available on PC, Xbox One, PS4, and Nintendo Switch.