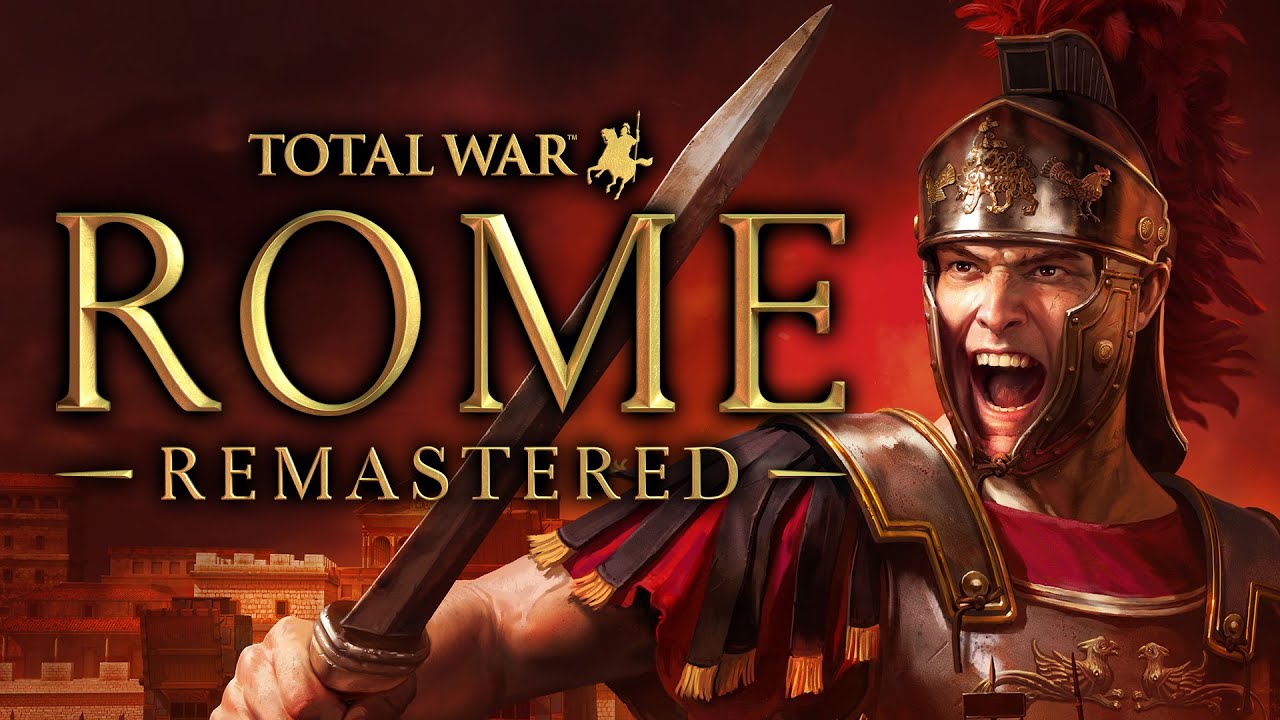 Ah, remasters. They’ve come and gone, and they are a hit or miss. Sure, it’s incredible that players and fans of classic games are given the chance to relive fond memories, replay some of their favorite games, and experience nostalgia. It’s also a great opportunity for new players to experience the games of old. The earliest games of the Total War series are widely considered to be ahead of their time. They pushed the strategy game genre forward and elevated it to greater heights. Total War: Rome is one of the games early in the series that a lot of people look back with the fondest of memories. However, the game was released in 2004. How does that game fair under modern standards? How does Total War: Rome Remastered stack up to the original? And is a remaster of this old, critically acclaimed classic justifiable?

Total War: Rome Remastered is almost everything the classic game was, except for a few added features and a minor—and let me reiterate, a very minor overhaul in terms of graphics. The remaster now allows the players more freedom to pan out, rotate, basically completely control the camera in both the campaign map and battle mode. The UI design is also expanded upon, which gives the players more information about everything they need to know. There’s also the addition of Merchants, a new agent that will allow players to establish trade opportunities. So, that’s a handful of additions, but not all of them are for the better. Let’s start with the UI.

Total War: Rome Remastered looks very overbearing. The UI looks dirty, messy, and unpleasant. They are also extremely clunky at times. Thankfully, its saving grace is that it is able to convey the proper information needed for new and old players alike. It’s different, perhaps even better than the old UI, but it’s still not inherently good.

The game’s graphics overhaul also isn’t very impressive. The colors and textures are stale, and the same can be said for the terrain. They look bad from afar, and it’s blatantly worse if you zoom in and look at everything up close. Then again, this is a remaster and not a remake. It only looks a little bit better than the original game, but it’s far from what you’d expect from a game released in 2021. Just make sure you keep that in mind when going into this game.

Another aspect of the game that just doesn’t hold up by today’s standards is the AI of the units. In Total War: Rome Remastered, when invading another settlement, you can either allow the game to simulate the battle based on your forces and the skill level of your general over the enemy’s, or you can do the battle manually, which engages Battle Mode.

Supposedly, doing the Battle Mode should be the more fun and engaging option. You’re able to control each unit manually, you can strategize accordingly, and you’ll even get the chance to defeat armies with higher numbers if you’re skilled enough. However, this entire ordeal is made bleak and frustrating because of how unresponsive the units can be. They are also very unintuitive. When left alone, they will either stay still when an opponent is close instead of charging or run the other way. Because of this, you’re better off allowing the game to simulate the battles because the ordeal is neither rewarding nor is it fun.

The fact that this part of the game is so broken is such a shame because one of the most interesting things about the game is how different each faction is. Battling different factions is never the same, whether you’re the one invading or defending. Each faction comes with different types of troops, they employ different strategies, and more. For example, a faction like Gaul employs a more direct approach with their barbarians and strong archers. Facing African factions, however, will have you facing elephants, which is fun because elephant units can turn on their allies. Facing different factions diversifies the gameplay. On top of that, the voice acting prior to every battle is very marvelously acted. It is so fun and electrifying to listen to. Unfortunately, the gameplay of the battle mode is just so discouraging.

The gameplay within the game’s campaign map is above and beyond more enjoyable than the gameplay during Battle Mode. Your movements and decisions are limited per turn, and the same goes for the other factions. This ensures that you are never too overwhelmed with being invaded left and right while also having to worry about your units and agents’ whereabouts, as well as the economy of your camps. You can always do things one at a time, knowing nothing detrimental is going to happen until the next turn. In Total War: Rome, you are going to be doing a lot of micromanagement. Even for a strategy game, it can be fairly paralyzing. However, it’s something you’re going to get used to as you pour more hours into the game. If not, you can also assign the game’s AI to auto-manage certain settlements.

This is the part of the game that can be very engrossing. If you manage to overlook its dull design and lackluster AI and just focus on the strategy elements, you can easily pour hours into this game and just have fun with it. Different factions attacking relentlessly and allies betraying alliances can be disheartening, but they’re part of the overall fun. This is war, after all.

The game’s Diplomatic Negotiations mechanic is also a hit-or-miss feature. They can sometimes be counterintuitive. For example, in one turn, a diplomat from a faction will visit one of your camps to negotiate a ceasefire or even an alliance. However, within the same turn, the same faction will just attack another one of your camps. Is this a bug or is this a feature? Who knows? Sometimes a faction will stay true to their word, sometimes they won’t.

You will also be assigned Senate Missions every once in a while, but this neither detrimental nor beneficial to your overall conquest. They’re good things to do if ever you find yourself lost in the game’s progression and getting offered a Senate seat grants you specific boosts, but they’re not highly impactful in the grander scheme of things in the game.

One of the most amazing things about the game, however, has nothing to do with the gameplay. It comes from the game’s music. The game’s soundtrack is absolutely perfect for its setting and the audio design also sets up the atmosphere of the game sublimely. Everything from the sound of the ocean to gulls squawking and blades clashing, the game’s audio is as immersive as they come.

Fans of the original game will be delighted with this remaster as it doesn’t only slightly improve upon the original game, but the remaster also comes with the game’s two expansion packs, which are set in different locations, allowing you to play with and against new factions, with varying difficulty levels. The gameplay itself, however, is more or less the same as the main campaign. There’s also the Historical Battle section of the game where you can play out different battles that have occurred throughout history; or at least, the game’s version of historical events. Before playing this, though, it’s better if you’ve already played the main campaign. The same goes for the Battle Tournament.

Overall, there’s a lot of things you can do with Total War: Rome Remastered. It’s a sandbox game that grants you the freedom to take the path you choose as you dominate the entire map. However, not every path that’s available is thrilling to get on. Some of them are tedious and frustrating, and some of them are engrossing.

This is a strategy game that was highly revered for its time, but that time is long gone. Unless you’re a die-hard fan of the original game, there is no way you can say this game holds up today. Its AI and UI are dated and it is very inconsistent with the level of entertainment it provides.