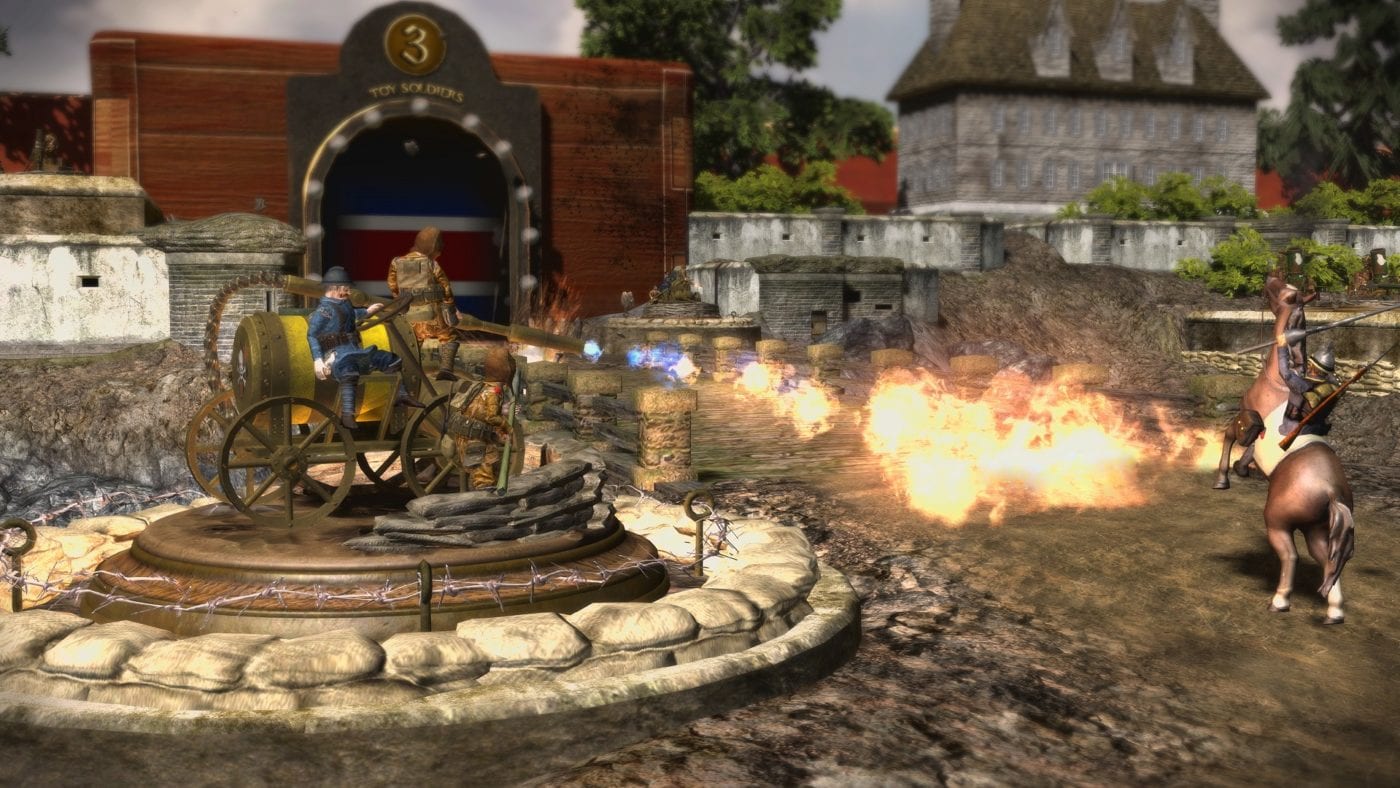 The game is published by Accelerate Games and developed by Signal Studios, which will be released on Nintendo Switch, PC, PlayStation 4, and Xbox one this coming August 2021.

At E3 2021, fans will be treated with a live stream broadcast and showcasing the first look at the single player campaign on Saturday, June 12 – Tuesday, June 15 at 10 AM, 1 PM and 3 PM PT. It will be streamed on Twitch at this link.

About
Re-enlist with Toy Soldiers HD and experience the award-winning XBLA hit updated for a whole new generation!

Command from above or take direct control below. Lead your foot soldiers, cavalry, tanks, and planes to victory. Deploy an exciting arsenal of guns, gas, howitzers, mortars, troops, flamethrowers, and vehicles to protect your Toybox in vintage WWI toy dioramas.

Toy Soldiers is a multi-genre action-strategy game in which players command antique WWI toy soldiers vying for control of the trench-filled diorama battlefields of Europe. The original classic has been overhauled and upgraded with new content, skins, gameplay, expanded game modes, improved controls and graphical upgrades. We’ve also included all the original DLC and a few new levels as well!

Get Your Hands Dirty
Set the stage up high, then jump into the action. Take command of your units for a “shell cam” view of the war.

Miniaturized Mayhem
Stick to history….or use the toybox to sci-fi your battles with tin robots, flying saucers, and more.

Gameplay: Strategically create and control your defenses. But, unlike other tower defense games where you plot out your battle strategy from up high and watch it play out, you can instantly go from a top-down perspective to jumping headfirst into the battle and take full control.

When you take control of a unit, the other units in your army are controlled by powerful AI. Command or play fixed emplacements like howitzers, heavy machine guns, mortars, and others or operate various military vehicles like tanks, bi-planes, and bombers.

Campaign Levels: Every single level, from single player, multiplayer, to all the DLC from the original game have been reworked and optimized for today’s consoles and PCs.

Environment: World War I model diorama. Think of it like a board game. The battle fields, which are based on real life WWI battles are sounded by areas like a child’s bedroom, a library, lounge, etc.

Controllable Units: The game features 50 controllable units including howitzers, bi-planes, tanks, mortars, infantry, and more. Fixed units can be upgraded during the battle.

DLCs: Toy Soldiers HD includes all DLC from the original title. The Kaiser’s Battle and Invasion!