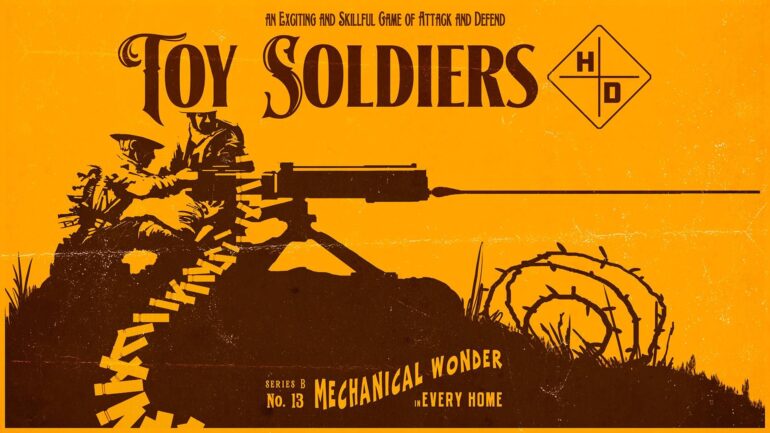 The original Toy Soldiers first released on the Xbox Live Arcade all the way back in 2010. The game was praised for its novel use of WWI era toys set in dioramas that somewhat resemble battles that took place in the Great War. Since its release, Toy Soldiers has had a few notable bits of DLC, all of which are now available in Toy Soldiers HD.

Toy Soldiers HD is a hybrid tower defense game with action elements where in players take control of vehicles and structure to further aid in the defense. The aim of the game is to hold out against numerous waves of enemies, and to stop them from breaking through to your toy box. The game’s main strength lies in its arcade like gameplay as the player tries out different formations to obtain higher scores. Besides that though, there is little to do.

At the start of each level, the player has a bird’s eye view of the entire battlefield. They have a bit of time to prepare their defenses just before the enemy wave hits. By holding the R2 button, the player is given the option to control, sell, upgrade, and repair units.

What I like playing with a controller is that we have shortcut buttons using the d-pad. I can control defensive position with the up button, sell them with the left button, upgrade them with the right button, and repair with down. I can recall more than a couple of times when pressing down saved a structure from immanent destruction.

There are 18 main levels in the game and 6 extra missions. The first 15 cover events in the Great War up until the British and French forces are knocking on Germany’s door. And then the space toys attacked. The game does a great job in slowly introducing new enemy types and your own list of counters to combat them. It’s usually a case of trial by error until you know what formations work and which ones don’t.

This is especially true when it comes to boss encounters. You can be on the very edge of victory but a sudden third or fourth stage may suddenly happen, causing instant loss and ruining a good hour’s worth of defense.

Enemies range from regular foot soldiers, to fast moving cavalry, all the way to heavy tanks. Individually, they don’t last long under focus fire, but their strength lies in their numbers. Sometimes the A.I. defenders can’t seem to hit the broad side of a barn because the terrain just doesn’t agree with them. It’s during these times that I would personally see to it that enemies do not sneak past.

Choosing defensive structures is a matter of rock, paper, scissors, for the most part. Machine gun nests are generally good units, but they are ineffective against anything that has armor and they waste too much bullets shooting cover. Chemical weapons are effective in dealing with large groups of soldiers, but do nothing against gas masks and vehicles. Artillery like cannons and mortals are good against vehicles but lose effectiveness as units draw close. The A.A. gun is a joke. And that’s about it, actually.

And with the constantly changing win conditions, you will have to sell units and change up formations in order to squeeze every once of effectiveness from each unit. At the very least, shuffling things around like this is what keeps the game fresh, in my opinion. It’s more than just upgrading and then setting your controlling down. The game’s far more involved than that.

The novelty of using toys and dioramas did not lose its charm even after so many missions. Looking beyond the horizon only to see a bookcase or a bed, it is so different from looking at No Man’s Land from the air. You are really controlling a bunch of toys in someone’s bedroom.

The main menu music is a stand out for the fact that they remind me of marching songs soldiers sing along to as they’re traveling. There is not much music playing during missions but the game does love to remind you that an enemy is drawing close to your toy box. The sound effects are good too, and none of them feel out of place. As of this current patch, however, tank threads cut off after a certain level. So, that’s a point of concern that needs to be addressed, among other things.

Toy Soldiers HD has some quirks to it, both good and bad. You can take control of a tank and use it to block entire lines of opposing hedgehog tanks. It’s a good thing these kinds of tanks don’t shoot back. If it was anything else, my tank would be a burning piece of scrap.

I REALLY despise the allied anti-air gun emplacements. Their logic is wonky as hell – they take forever to kill aircraft and change targets mid-salvo. I’ve lost more points to stray aircraft than anything else. And that’s with 3 guns firing into the air. What makes this worse is that enemy AA doesn’t seem to miss against my aircraft. It is reoccurring problem that’s forced me to bear with the unit’s stiff controls.

One month has passed since the game’s release and online features like leaderboards and multiplayer have yet to be activated. It’s quite unfortunate too since leaderboards are an important component to a game’s replayability. The lack of which hurts the game overall. The same goes to multiplayer too, not to a greater extent but if you bought the game wanting to play online multiplayer and the devs haven’t fixed it yet, that really sucks.

What bothers me is that a trophy is tied to the online experience. Since no one is able to go online, no one’s been able to get it. This also means no one’s been able to platinum the game yet. Though it’s not like it was easy to earn some of the trophies to begin with, but that’s besides the point. After all this time, this issue should already have been addressed. And it is very disappointing that the game still launched in the state that it did.

Toy Soldiers HD is a decent remaster. The visuals look better than the original but that’s the bare minimum from what we should be expecting. Missing features and a lack of updating on the A.I.’s part is what’s holding back this title. I may have had a lot of fun playing as toy soldiers, but it’s more to the credit of the original’s design than it is to the remaster’s credit. I still recommend the title for the single player campaign and the extra missions. But that’s about it. 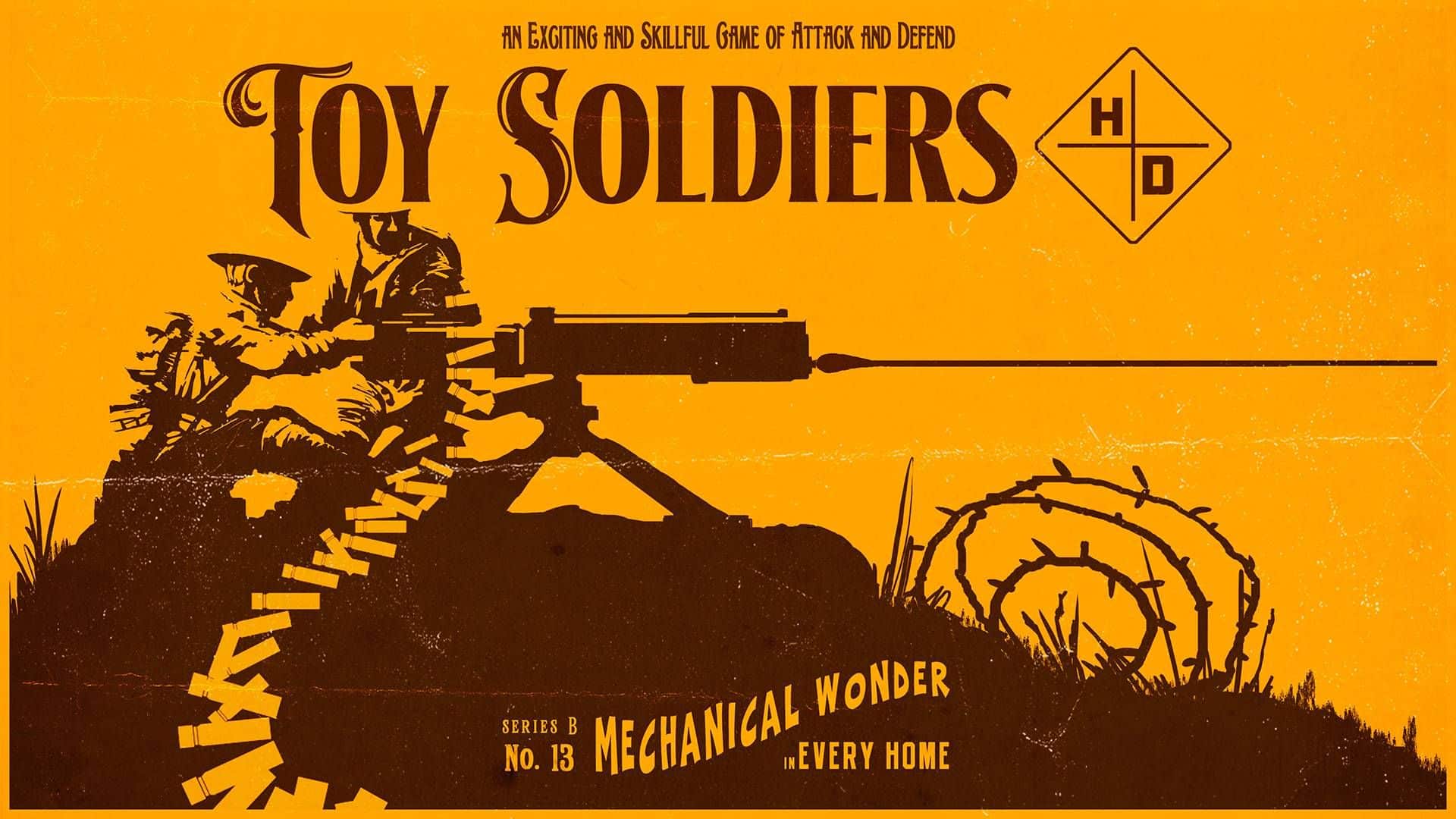