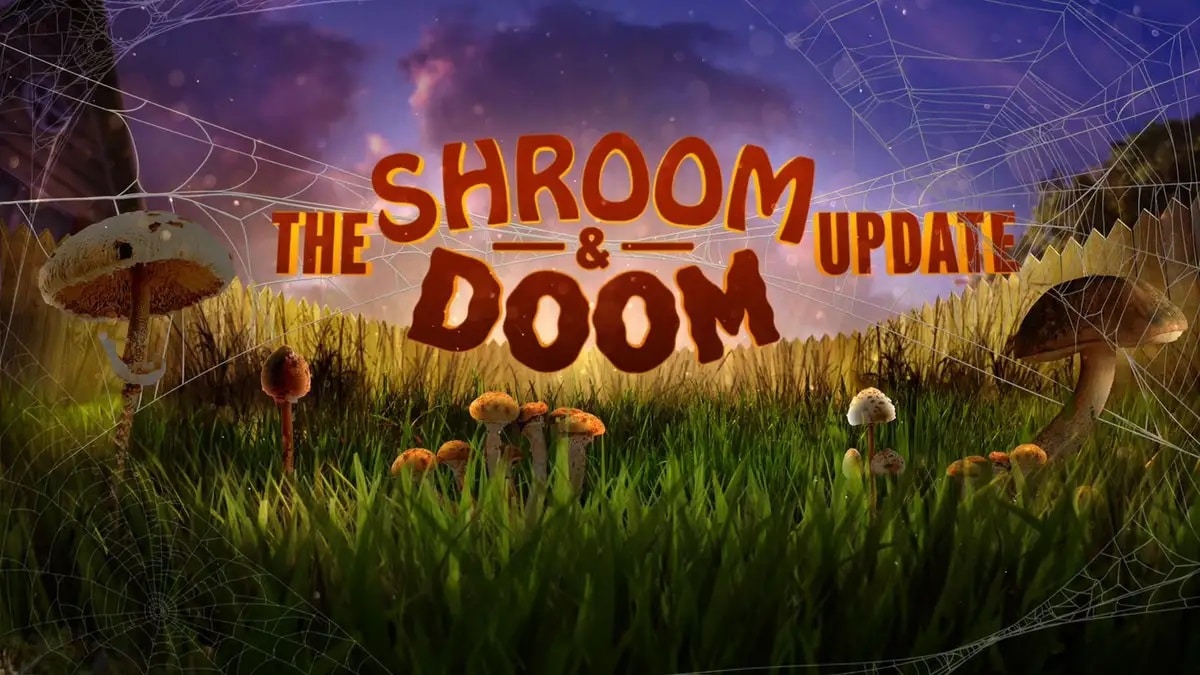 Grounded Gets The Shroom and Doom Update

The latest update is The Shroom and Doom content and it will add a lot of new stuff to try out. There will be new building materials to use, which are the Shroombricks. The mushrooms that can be seen sprouting in the yard can be harvested and used for building materials like bricks. It is guaranteed to offer the sturdiest defense against the dangers of the yard.

There are two new crafting structures, which are the Grinder and the Oven. Here are the details:

• The Grinder will help you break down those mushroom bits into a slurry, but it also can break down plant fiber to entice some critters to follow you (more on that below!).
• The Oven can help cook the slurry you made from mushrooms and turn them into the bricks that will fortify your castle! But there’s another tasty treat that a certain mother of spiders might covet, should you find her lair.

Gardening is now improved with spoiled meat to fertilize Garden Patches. There are also a lot of new building options like pillars, half-walls, and flipped building parts.

The first boss is also introduced called The Broodmother. Players can find her lair near the Flingman flying disc in the Hedge. It might need bait in order to face her.

A new weapon is also introduced, the Crossbow. It will be helpful in fighting enemies from afar especially that nasty new boss.

• Find the new Broodmother Den to encounter the first-ever boss in Grounded!
• She must be lured out with a craftable treat called the Broodmother BLT.
• 1 new Armor Piece and 1 new Weapon can be crafted from her parts!

• The latest in the range of modified TAYZ.Ts is an enhanced defense variant called the ARC.R. Outfitted with a capacitor stack and hefty arm cannon, ARC.Rs unleash energized balls of charged static for a greater challenge in lab combat.

PETS (PHASE 1)
Weevils and Aphids can now be tamed as pets!

• Each requires a specific type of food to tame.
• Pets can be safely left in the base at a Pet House. Yes, you can craft Pet Houses now!
• Can be equipped with various cosmetics.
• You can pet them!

• A few buildings can now be flipped horizontally or vertically while placing them. This includes Spiral Stairs, Acorn Stair Railings, and Triangular Walls.

• Structure pieces (walls, windows, etc.) can now be replaced by other versions without first demolishing the existing piece. Just place the new piece over the old one and add the ingredients.

• Cooks several materials into a new material or item. Build one to discover what you can do with it!

• Breaks down materials into new materials. Just like the oven, you’ll have to build one to discover what to do with it!

• 8 roof pieces total
• These are unlocked via a new BURG.L Chip in the WIP Haze lab (now accessible)!

Pillars of various types can now be built:

SITTING IN CHAIRS
Yes… you read that correctly.

ACHIEVEMENTS
20 Achievements have been added to the game (for all platforms). These are an initial set and more will be added as the game continues to grow. We are currently working on the functionality to make them unlock if you have previously completed the task, but there is a chance this may not be possible. Certain achievements for completing tasks such as “kill a wolf spider” or “craft an item” will need to be completed again to unlock.

NOTE
: Achievements will only be available for testing on the Steam version of the game. All other platforms will receive the achievements when 0.10 releases on June 30th.

PHOTO MODE
The Photo Mode UI has been redesigned to group related settings together into tabs.
Photo Mode has new features:

MUTATIONS
2 new mutations to discover: Mom Genes and Mithridatism.
MUSIC
New track added for the Broodmother boss.
UI
• The Main Menu shows highlights of the latest update.
• Unacquired BURG.L Chip locations are shown on the Map screen after you rescue BURG.L.
• Your current Respawn Point building will show an icon over it as well as in the Map screen.

Giant Food Items (Billy Hog Hot Dogs, Archer Cookies, etc.) have been adjusted. Ants can no longer destroy the large food item, and the player harvests a better item than the ants do.

Creature scaling in multiplayer has been adjusted:

INTERFACE
Silk Rope now appears in the crafting menu.
WORLD
• Large mushrooms throughout the world can now be harvested.
• Feather harvest nodes now grant 2-6 feathers instead of only 1.
• The grill has temporarily moved to the retaining wall above the pond. Just below its new location is a patch of dry grass where players can now find bits of Charcoal. This is a temporary resource location until the area of the yard that features Charcoal is released.

• Cost half the resources to craft.
• Now last a specific amount of time (8 minutes).

Stuffed Creatures are now buildings instead of deployable items.

• You build them in the building radial instead of at the workbench.
• Relocatable like normal buildings.

OPTIMIZATION
General CPU performance improvements.
OTHER
• The durability of almost all weapons, tools, and armor has been increased by 25%.
• Armor Glue and Super Armor Glue can be sent through the grinder for a partial material refund.

BUG FIXES – ALL PLATFORMS
TOP COMMUNITY FIXES
• Grass Planks, Weed Stems, and Clover Leaves are buoyant in water again.
• Added dither fade to some foliage to reduce objects in the distance visually popping in and out.
• Player backpacks are buoyant in water again.
• The game will no longer crash when destroying towers of standalone ladders.
• Moving items back and forth in the Container UI should no longer trigger a crash on games with large bases.

ITEMS/EQUIPMENT/RESOURCES
• The game will no longer crash when demolishing a zipline with a full inventory.
• Fixed a case where wall-mounted torches could not be placed on some walls.
• Fix a lot of cases where ingredients wouldn’t fill in the ghosted building blueprint correctly.

CREATURES
• Ants will no longer have the Stealing marker stuck on them after they steal from a chest.
• Players can no longer walk on the back of the bird.

AUDIO
• The player will no longer “look ma, no hands!” when equipping a weapon while zipping.

OMINENT PRACTICAL TECHNOLOGIES
• Due to the latest discovery of [REDACTED], we have found that [CONFIDENTIAL] will be a big [REMOVED] in [OMITTED]. This is a BIG DEAL!