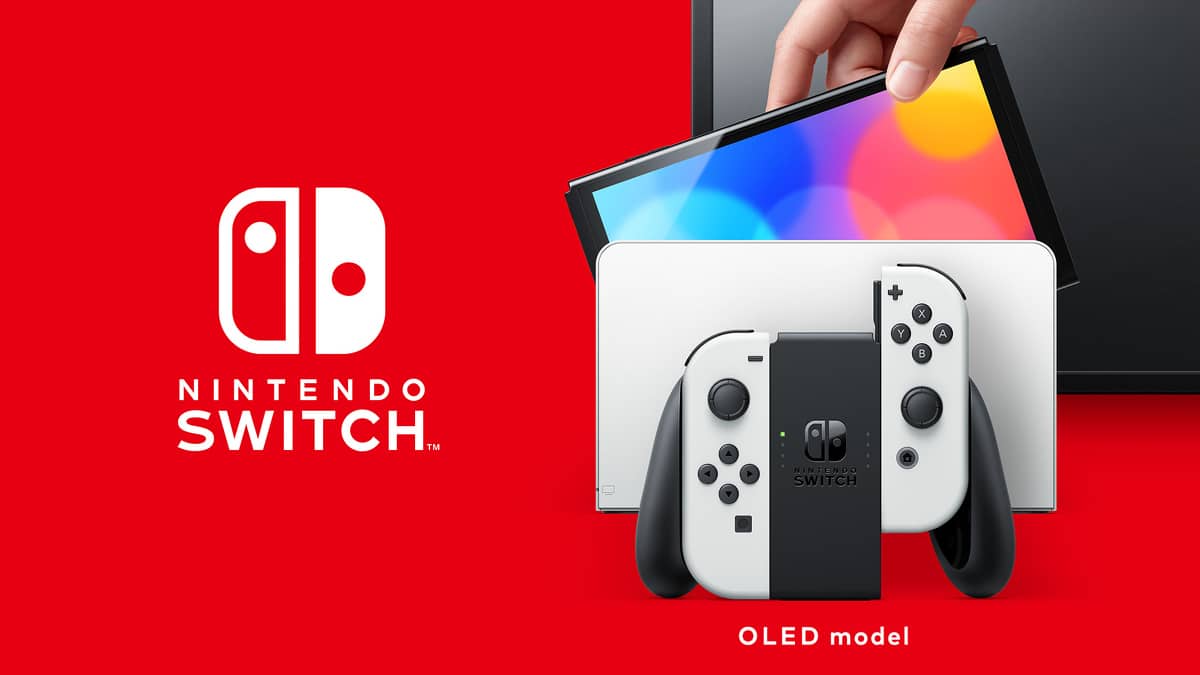 It's more of a revision than an upgrade.

Nintendo recently announced its newest model of Switch, named the OLED model. And as usual with any new Nintendo announcement, there was a moment of excitement akin to a sugar rush, followed moments later by the inevitable crash as we look into what these changes really mean.

It’s all not bad though. It’s definitely a step in the right direction. We’re just not sure if this was the step everyone was hoping it was going to be.

What the Switch OLED Model is

The Switch OLED model is a model revision much like the various models of Nintendo 3DS. We’ve known for a long time now that Nintendo fully intended to make an updated version of the Switch. The signs were there – updating models (especially portable ones) is what Nintendo is known for. So, it wasn’t of a stretch for us to be expecting an upgrade down the Switch’s lifespan. What we did not expect, however, was how underwhelming some aspects of these changes are.

The Switch OLED model boasts a new 7-inch OLED screen. The new screen will allow the Switch to display rich colors, high contrast, and deep blacks. It will allow for a wide viewing angle. Also, the added screen space may only be a 0.8 inch upgrade, but the added screen revenue makes for quite a difference in handheld mode.

The new unit will also have a wide adjustable stand and enhanced audio in the form of better speakers. The fact that we don’t have to contend with the flimsy stand of the original model anymore means that players will be playing on stand mode more often. As for enhanced audio, we don’t know if that means higher quality sounds or just a flat increase in loudness. But then again, whatever the results will ultimately become, that’s another reason to use in its handheld mode as opposed to docked mode.

As for internals, the OLED model comes with 64 GB worth of storage. That’s twice as much as the base model’s storage. It also supports a wired LAN port. This may seem good initially until you find out that it came at the cost of one of the USB ports in the back. The base model can also make use of a LAN connection, though it was through a USB to LAN dongle. In other words, if you are fond of using a lot of USB accessories, especially handheld more, you might not like this change.

What it is NOT

The OLED model is NOT a direct upgrade akin to that of the PS4 and PS4 Pro. It’s more like a reverse of the PS4 and PS4 lite, where Nintendo is not slimming the unit down but rather adding quality of life changes that would enhance the overall experience.

It is also NOT the refresh everyone was expecting it to be. As speculated earlier this year, the OLED model will not render at 4K in docked mode. It will still render in 1280×720. The larger screen could potentially reduce the quality by stretching it ever so slightly, but the effects should be minimal.

The internals of the Switch OLED model is exactly the same as a base Switch model, meaning no chip enhancements for higher resolutions nor any performance boosts. The games will run at the same 30 frames per second, and not any higher than that.

And finally with regards to the new Metroid Dread. The game does not appear to be bundled with the new unit, despite releasing on the same day as the OLED model. There have not been any announcements for one either.

The Switch OLED will be available this October 8th, alongside Metroid Dread.