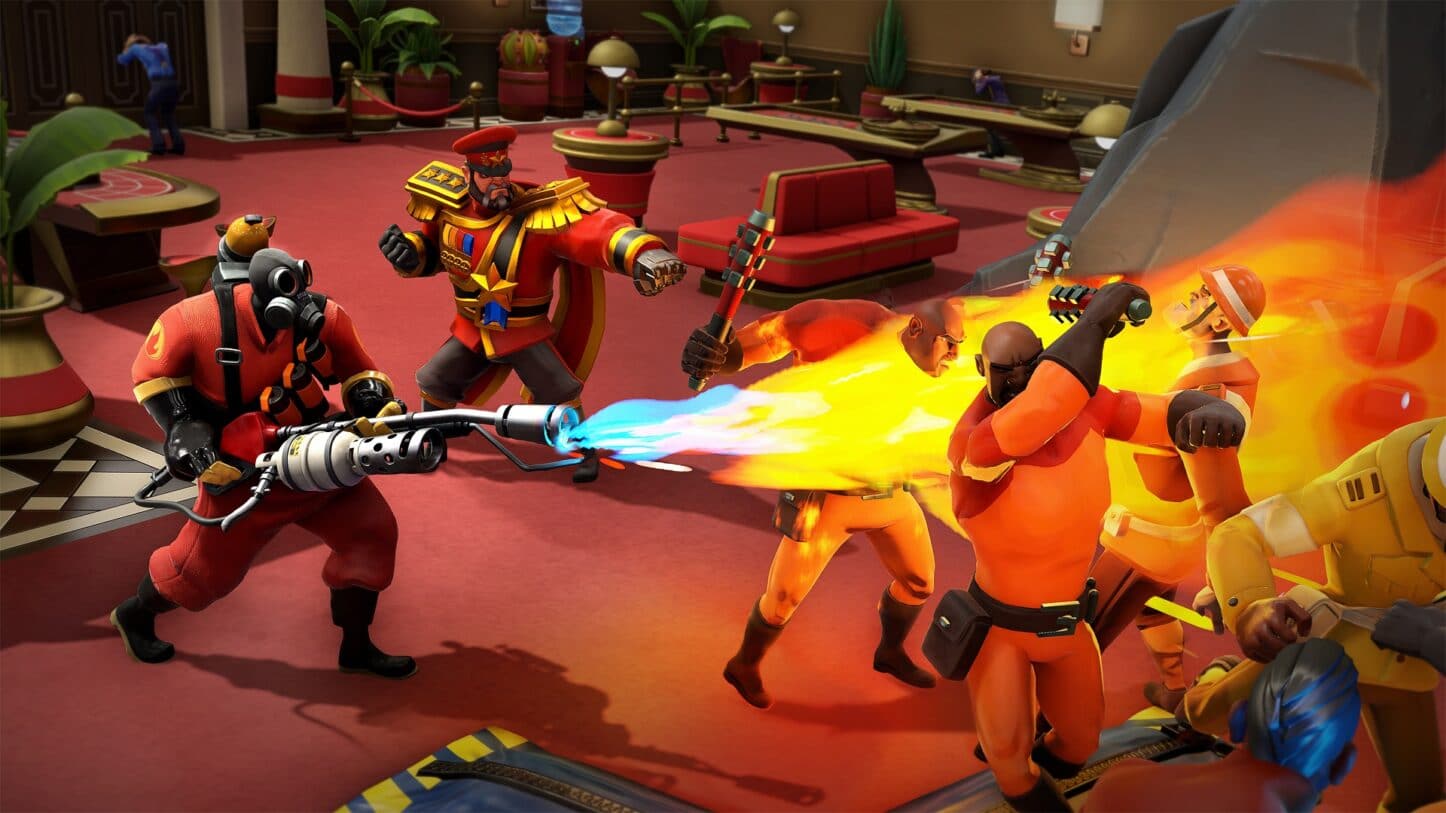 One has appetite for burning things, while the other loves to sing you to death.

The two new henchmen that will join the game are Pyro and Doomhilda. Both characters will be added via two new DLC packs, which are Team Fortress 2: Pyro Pack and The Rise of the Valkyries DLC pack. The prior is now available to download for free while the latter can be purchased separately for $4.99 or can be accessed via the Season Pass.

Team Fortress 2: Pyro Pack (FREE) Recruit the Pyro as a Henchman and increase your firepower… literally! Pyro can indiscriminately engulf their surroundings in an inferno, fan the flames on those tiresome Agents in the aftermath, and even extinguish less friendly fires with a puff of compressed air.
What self-respecting Evil Genius can resist harnessing such destructive power?

Rise of the Valkyrie Pack (included in the Season Pass or for $4.99) It’s time to unleash the Valkyrie’s voice! When the Evil Genius decimates the plans of a rising star in the Opera world, you better believe she’s going to seek sonic vengeance. Your minions will need to best this devastating prima donna and her powerful friends, in a saga of shattering performances that will test their nerves, eardrums, and glassware.

Doomhilda’s destructive voice is legendary, possessing the power to stop her enemies in their path – or even inspire her allies to victory. Can the Evil Genius convince Doomhilda to join their side as a Henchman, or will this woman with the voice of an ‘angel’ see them facing the final curtain call?