Steam Deck is the competition Nintendo should be worried about 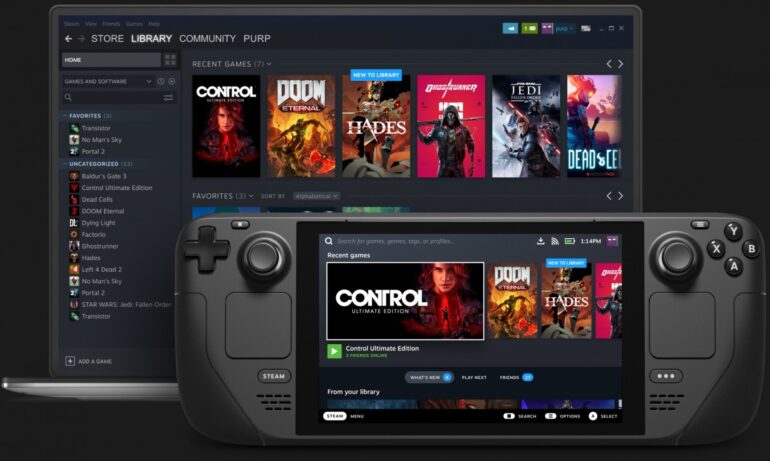 Just last night as I was working on my review playthrough of Monster Hunter Stories 2 on PC I decided to fire up the Steam Link app on my phone and stream it on my phone instead of playing how I normally do, controller in hand and in an office chair. This is going to sound a little petty but honestly, sometimes sitting in an office chair to play games just gets a little tiring.

We spend so much time at a desk with work, school, and various elements of life that have infiltrated a desk space that sitting in front of a monitor to play Monster Hunter just leaves me haggard and I’m sure I am not the only one with that sentiment.

The Nintendo Switch over the past four years has done a great job at cornering the market in this exact niche and its year-over-year sales figures show that they are strong as the only hybrid portable console on the market. Still, I look at my Switch and say “Man, I wish I could just have a Nintendo Switch for my Steam library.” I feel like given today’s news I have some latent mystic powers that I am not aware of.

Now I could always just simply play MHS2 on my Nintendo Switch but at this point in time the Switch is about four years old and its technical limitations can, and really always have been felt due to its power limitations thanks to its portable form factor. And the portability is one of the most killer features of the Switch by a mile but if I can play a game with a better frame rate, resolution, and graphical detail on my PC I will choose my PC over the Switch any day of the week.

As an owner of a PC and a Switch, I see my Switch as more of an indie game/Nintendo exclusive machine more than being my core gaming driver at this point. Too many compromises have to be made for Switch ports of core games and unless the Switch is your only console there is always a better and more powerful way to play anything that isn’t an indie or Nintendo exclusive.

Rumors of a Switch Pro made the rounds this year with various leaks of Nvidia Tegra SoCs that was custom-built for a new Switch that could pump out 4K upscaling utilizing Nvidia’s constantly improving DLSS technology coupled with a beautiful OLED screen to top it off. Finally, I thought a Nintendo Switch Pro with fewer compromises and greater graphical fidelity that I could buy triple-A games on knowing that I am getting a comparable gaming experience to a current, or even late last generation console.

All of my leisurely gaming in bed, on the couch, or hey, even on the toilet, was about to get a serious upgrade. But clearly, my hopes and dreams were flying too close to the sun because last week all of those rumors culminated in a Nintendo Switch 7” OLED model featuring an adjustable kickstand and just what everyone has clamored for, enhanced audio, whatever that means. No CPU upgrade. No GPU upgrade. Just a screen bump. Bummer.

Today pre-orders for the OLED Switch opened up and just as Nintendo is about to score another home run with their already booming console sales, Valve kicked the legs out from underneath Nintendo and showed off their new Steam Deck, here to fill the gaps between power, portability and most important of all, games. This thing is absolutely no slouch, featuring AMD’s Zen 2 and RDNA 2 architecture with 16GB of LPDDR5 RAM. This chunky, and rather ugly, Switch competitor seems well within the median computing power of the Steam survey user base and is using similar architecture as the powerful PS5. Not to mention it comes with a dock for your TV, USB ports for peripherals such as a keyboard, mouse, and headset and can also be used as a regular computer running PC applications. In contrast, the Switch OLED threw us a bone with a LAN port on the dock, so that’s nice to have I guess.

The Steam Deck also takes notes from Nintendo and features an 800p screen resolution and there is more than enough power on the Steam Deck to play games at full resolution, at 60 FPS and with smaller compromises to graphical fidelity than Switch already makes. You don’t even have to take my word for it as publications that have gotten hands-on with the system state that Star Wars: Jedi Fallen Order runs at 60 FPS on high settings on a development model that is five months out from an official release.

To Nintendo’s credit, power will always be an issue with a portable system and the Switch mitigates its lack of power with a low-resolution screen but it seems that the Steam Deck is keen on blowing the smaller resolution out of the water like a Switch revision in 2021 should. If you’re like me, with an overflowing Steam library, you already have more than enough games to keep the Steam Deck running 24/7 and playing all of your favorite games at the competitive price point of $400.

Taking the time to digest the info about Steam Deck, it is hard to justify purchasing a new Switch be it either an OLED model or even a potential Pro model in the future.

A Game Library Like No Other Console Before It

It is worth mentioning the years of pleading at Nintendo for a virtual console on the Switch that only gave us a select few NES and SNES titles to choose from and timed rereleases of classic games at full price that make beloved Mario and Fire Emblem games needlessly inaccessible despite giving gamers what they are asking for. Nintendo always has to have a little “gotcha” with their games and at this point, the Steam Deck is the place to go for a convenient way to play your old games.

On all accounts, it seems to be the superior device with your whole Steam library at the ready and a massive back catalog of games available for purchase at any time. Of note: the Steam Deck, with Steam support and swappable microSD card, means that we have RetroArch support (now on Steam) and loadable ROMs. It is slightly more expensive than emulator boxes and raspberry pis that on a good day can run GameCube and Playstation 2 games while the Steam Deck has more than enough horsepower to run modern games and likely won’t break a sweat when it comes to emulation.

If Nintendo won’t listen to us about making their old games accessible and copies of Mario 64 are selling for over $1 million at auction, why not just find your own way of playing these games? The Steam Deck is giving us what we want out of a Switch and making it simple for the user. Support for the Epic Games Store, Xbox Game Pass, and other storefronts is just the cherry on top. It could all be so easy for Nintendo.

A New Option For Gamers on the Go

I say for Nintendo’s sake if you’re eyeing up a Switch OLED while already owning a base or lite Switch model, choose the Steam Deck. Sure, there is no other place where you’re going to be able to play Metroid Dread, Breath of the Wild’s sequel, or Splatoon 3 than on the Switch but the majority of core gamers likely already own a base model and will play these games on there anyways despite having less powerful hardware. We’re used to it at this point. But it is time we start asking more from Nintendo than minor revisions and full-priced ports.

For $50 more than the OLED model’s asking price of $350, there is an objectively better hybrid console coming down the pipeline and I cannot in good conscience recommend anyone to buy the OLED model if you currently own a Switch. Rumors of a Switch Pro are still circulating and only time will tell what Nintendo has planned but in the here and now I say that the Steam Deck is worth more of your time and money than a Switch. Nintendo has gotten far too comfortable in their space and has given us far too many table scraps that we eat up because well, it’s Nintendo.

On the heels of the Switch OLED disappointment, Valve has saved the day. Every game release, both indie, and triple-A always has the “is there a Switch port?” question along with many of us buying games a second time on the Switch simply for the portability aspect of it. The Steam Deck is bridging the gap, there will be no question about ports anymore, all of your games are on the go and for a one-time charge if you purchase them via Steam.

There’s still a while until the full release of the Steam Deck but the groundwork is here for something truly revolutionary that Nintendo just has not capitalized in the hybrid console market. The market for gamers that want or require portable consoles is huge and the Steam Deck has the power, portability, and largest back catalog of any game console in history at its disposal.

If it works well and feels great it could change everything. Valve has found its own killer way to carve out a niche in the console space. If you ask me, Nintendo has some catching up to do if they want gamers to dish out something in the neighborhood of $400 for a new Switch.

The Steam Deck is expected to launch in December 2021. 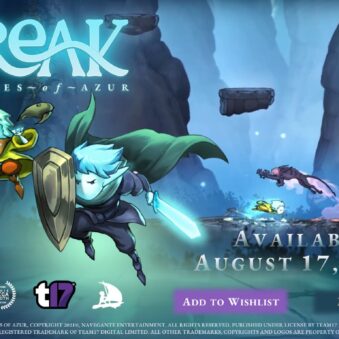