Fortnite – Demon Slayer Yuki: All We Know So Far (Update)

Yuki, now known as Charlotte, is out now on Fortnite Battle Pass. 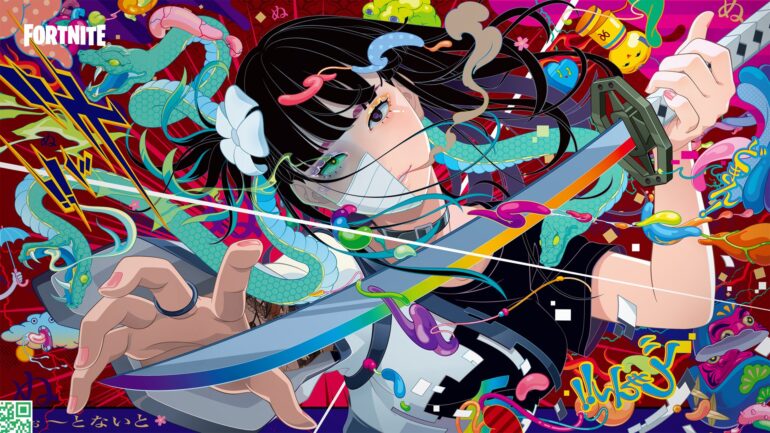 Update: While it was initially called Yuki due to the the player who designed the concept art, the official name for the character is now Charlotte. She still has the same based design with little additions to make it different with a new name. Check out her look below:

Update 2: Yuki aka Charlotte skin is out now on Fortnite. @kitsunexkitsu, the creator of the skin thanks Epic Games for featuring her creation on Battle Pass.

The upcoming Fortnite Season 8 Chapter 2 is launching later and it is introducing a few new skins to the game with one of them confirmed to be Demon Slayer Yuki. Here is all what we know about her so far.

A recent Twitter post from the official account of Fortnite had an image attached, which was a teaser of the upcoming character skin. This is one of the few skins that will be coming to the new Battle Pass. There was no name of the skin, but it did have this caption, “This new threat is no match. She has hunted down scarier demons.”

That line obviously meant a hunter of demons, a demon slayer and many rumors have been saying Demon Slayer Yuki is the next character skin coming. This probably confirms it, but there is still no official name announced by Epic Games.

The anime skin was based from a concept that was designed by a player in the past called kitsunexkitsu. The original concept art image can be seen above and seems to be a bit different than the one that got released by Epic Games, but there are huge similarities. We will see later on when it gets released officially.

Is the Fortnite Demon Slayer Yuki Part of the New Battle Pass?

The Demon Slayer Yuki skin is most likely to be a part of the upcoming Battle Pass. It will be joining other skins like a possible Carnage and JB Chimpanski, which has been heavily implied as one of the newest skins as well.

When is Fortnite Season 8 Chapter 2 available?

There will be a scheduled short maintenance for Fortnite later on and after that, Season 8 Chapter 2 will be introduced. Players will probably download a new update to get the upcoming new content today, 4 AM EDT/ 1 AM PDT.