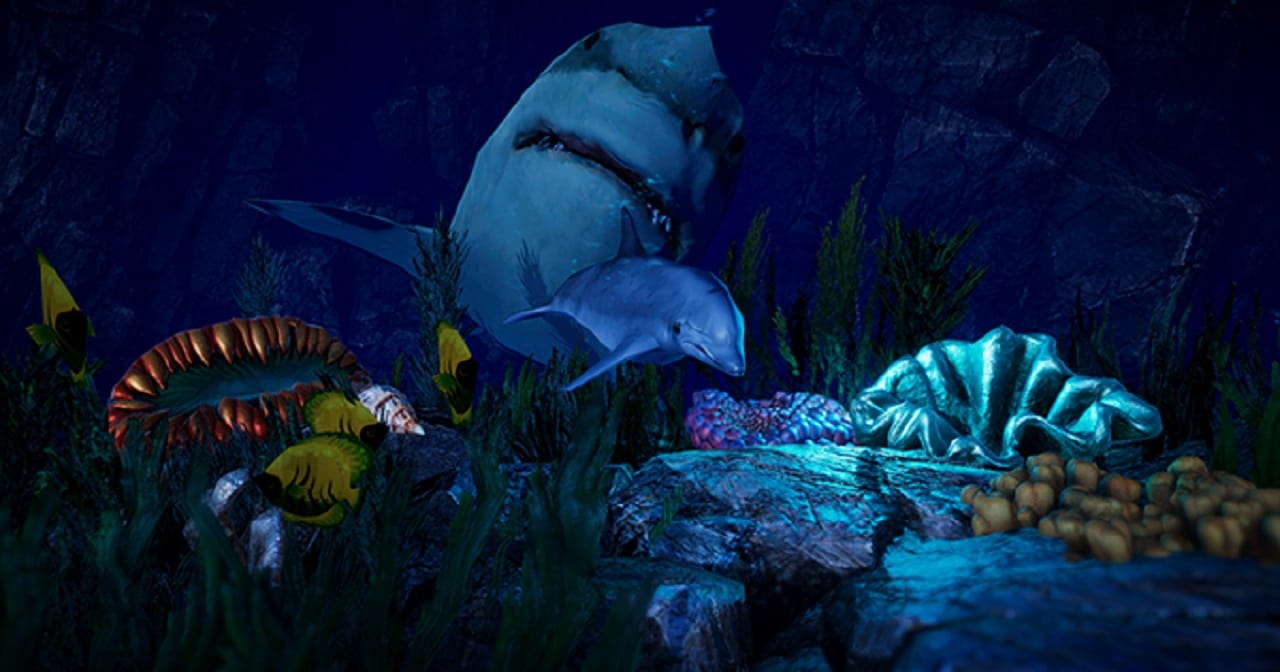 Developer Dynamic Voltage Games has announced that the Kickstarter for its Ecco the Dolphin spiritual successor, Orphan of the Machine, has gone live. The game is going to Kickstarter in hopes to raise funds to complete the graphics and animations needed to release the game – as the studio lost the artist tasked with this work earlier in 2021.

According to the developer, they needed several characters built and animated in order to complete the game. At the start, they had someone helping out with some of the art, but he’s no longer available to contribute to the game.

“Aquatic creatures are very difficult, especially to animate since you can’t just do motion capture using a human rig (which is what I normally do). Keyframe animating is much more difficult. As you can see, the dolphin’s animation is very stiff and needs work. This is but one issue with the visuals the game has.”

“I have discussed the content needed with a couple of professional artists that can provided quality content to get the game finished, but I need the Kickstarter to be successful to be able to hire them to complete the game.”

Unfortunately, there is also the chance of the Kickstarter will not succeed, in which case the developer talks about what happens next.

“If unsuccessful, the game will go into the archives and I’ll have to move onto other projects. It could come back one day, but right now is the best chance I have to complete it, as so much of the heavy lifting has already been done. Stepping away from a project and returning to it at a later time is very difficult due to new systems releasing, new versions of Unity, and completely forgetting all of the coding you did years ago!”

About Orphan of the Machine

Orphan of the Machine is an adventure game for current/ next gen consoles and PC. It’s being developed by the creator of Final Star and Pirates of First Star, Dynamic Voltage Games.

The story takes place during the 60’s – in the middle of (a fantasy take on) the Cold War. Russia, in their growing paranoia, begin developing cities underwater to hide from the threat of American espionage. Their construction disrupts sea life, and as the game begins, a baby dolphin wakes to find her entire family gone.

The flow of Orphan of the Machine is very natural.

What would you do if put in this situation? Where would you go?

Instead of just placing markers on the map telling you exactly where to go, we let you explore and figure out what it is you want from the game.

Do you believe your family is still alive? Could you find them? Could you seek out a new home? A new family even?

A Living Ocean to Explore

The sea is one huge simulation. Every creature has a reason to exist – and a motive. You’ll have to learn what these are to coexist – or to benefit from certain underwater life. Being aware of your surrounding is important. A lack of smaller fish could let you know that something dangerous is ahead. Even plant life can be an indication as to what’s around the corner.

The game plays similar to a Metroidvania. The screen scrolls in all directions (in a 2.5D space) and there’s a map to track your progress. You will need to collect certain items or abilities to get to new areas. As you grow and get deeper into the world, combat will become important to survive the most vicious of predators.

You’ll have a lot of freedom to explore. One of the biggest design inspirations for this game is the original Metroid. Recent games in that style have become a bit same-y. You enter an area. Fight a boss. Get an item that lets you go to the next area. Repeat. One of the things that made Metroid so great was that there were really only a couple of items you HAD to have to progress – and one of them (the Morph Ball) was acquired at the very start of the game. Orphan of the Machine takes a similar approach to game design.

Collect Fish For Your Vitual Aquarium

An alternative game more will task you with creating and managing a vitual aquarium. You’ll unlokc fish by playing through story mode by helping/befriending the inhabitants of the world. Breeding and raising fish can lead to special rewards that you can use in the story mode of the game.