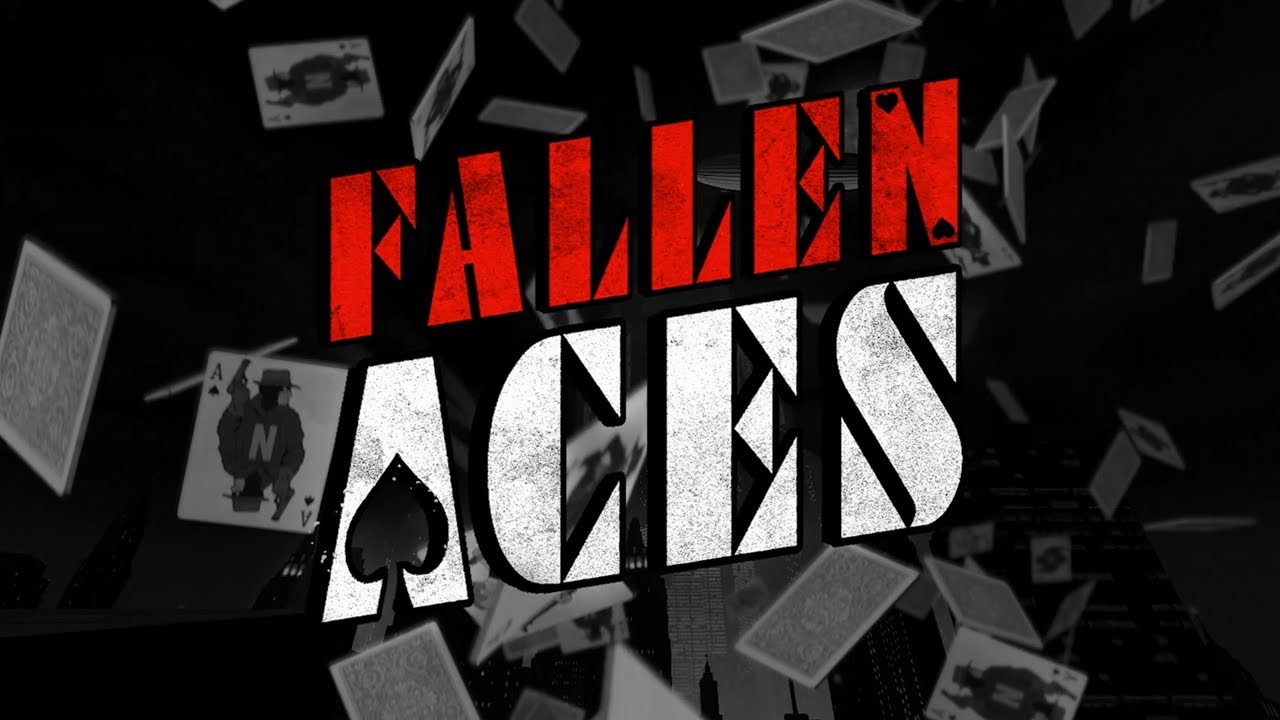 This comic book inspired Doom-like is out to kick ass and chew bubble gum.

Fallen Aces, published by New Blood Interactive, is a FPS crime noir with a gritty yet has comic book style visuals. Its demo was part of the Steam Next Fest of October 2021, and after playing it, I am very excited for the game.

One of the first things that is very distinct about Fallen Aces is its art style. It looks like an actual comic book coming to life. As far as I can tell, the characters and many objects in the world are comprised of 2d sprites, and they look damn good.

Taking place in the fictional Switchblade City, which can be best described as New York at the peak of the mobster era if the the mobsters actually took over the city. We play as Michael, a hardened rough, and gritty cop/operative who is on a mission to rescue an undercover informant who was caught and is now being interrogated.

The gameplay is deceptively simple. The player character can run, do melee combat, (punch and kick) and dodge which all reduces stamina. He can also crouch to be less detectable while in stealth sections. Punching alone does not do much damage. Picking up 2-D objects, and using them as weapons, is much more effective against goons.

There are three slots in which items can be equipped. These items can be bottles, guns, pans, or any other item that can be thrown as a projectile; along with food items that gradually regenerate heath after eating. All these items have a limit in terms of usage, leaving you nothing but your bare fists. Because of this, fights feel scrappy and intense.

All the melee weapons and the guns felt great to use and I am excited how this plays out in the full game. You can pick up larger items which reduce your speed and can only be held one at a time, but do knock out enemies pretty quickly.

It took some time to get used to combat in the game. But once I did, the combat felt so damn good.

The opening level of the demo emphasized how the mechanics work. But once the game said all that needed to be said, it gave the player the opportunity to move freely by offering multiple paths to finish the objective. The exploration aspect feels good, and hopefully is expanded upon once the game fully releases.

The story in Fallen Aces is something I am really interested in. The comic book panel cutscenes are beautiful, the world itself balances between the sleazy and grittiness of it all. Michael might be the cliché of “That one bad cop who is so bad that the criminals fear him” but the world of Fallen Aces seems to have many a dark secret to it.

Just a small detour and a secret in the demo, Fallen Aces seems to hint at a much more sinister story lurking behind the story of a hard boiled cop fighting the mafia, and this has me intrigued.

Fallen Aces, from its demo, has really fun gameplay and an intriguing story that has me interested in buying the game when it launches. I would recommend everyone try out the demo of the game during this Steam Next Fest as I am looking forward to the game’s release.