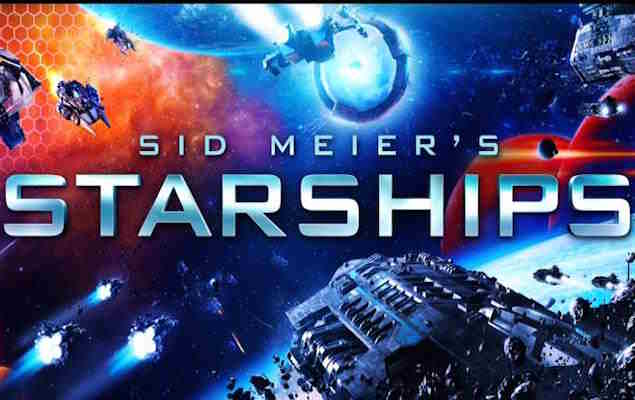 2K and Firaxis Games today announced Sid Meier’s Starships ™, a new turn-based, adventure-driven interstellar strategy game from Sid Meier, creator of the award-winning Sid Meier’s Civilization® series. Scheduled for release in early 2015 as a digital download for Windows-based PC, Mac and iPad, Sid Meier’s Starships lets players command a fleet of starships as they embark on a series of missions to explore the galaxy, protect planets and their civilizations, and build a federation to ultimately usher in a new age of peace throughout the galaxy.

“When designing Starships, I was intrigued by the idea of exploring the next chapter in the story of Civilization: Beyond Earth. What happens after we colonize our new home and eventually build starships to take to the stars? What has become of our long-lost brothers and sisters from the planet Earth?” said Sid Meier, director of creative development at Firaxis Games. “My goal was to create an experience that focuses on starship design and combat within a universe filled with interstellar adventure, diplomacy, and exploration.”

Sid Meier’s Starships challenges players to build a planetary federation by exploring the galaxy, expanding its influence and domain, researching futuristic technologies and engaging in deep, turn-based tactical space combat with an armada of uniquely customizable starships. Each new campaign will feature its own distinctive galactic strategy map of worlds with dynamically generated tactical combat missions that will enhance the game’s replay value. In addition, Sid Meier’s Civilization: Beyond Earth fans who purchase Sid Meier’s Starships will uncover cross-connectivity with the two games such that will enhance and expand the depth of both game experiences.

“Sid has been a leader in the strategy and PC gaming market for more than 30 years,” said Christoph Hartmann, president of 2K. “After successfully launching an experience touching upon mankind’s history on Earth, fans will now see how Sid has used the Civilization: Beyond Earth universe to deliver his own unique style of strategic gaming.”

All trademarks and copyrights contained herein are the property of their respective holders.