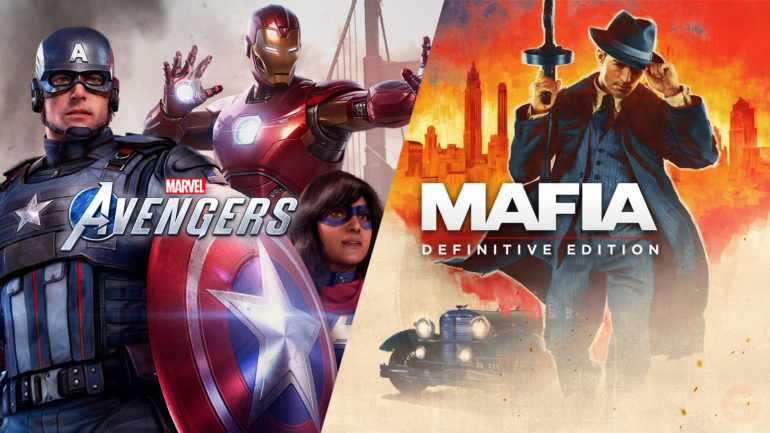 September is just around the corner. And for most gamers, it’s going to be an exciting month with all the new games that are coming out.

I’ve gone ahead and scouted the 5 most exciting games to come out next month to get you all excited. In no particular order.

Kingdoms of Amalur first released back in 2012. It’s an open-world single-player RPG that had a rich and vibrant world full of lore. Many fans of the games have been waiting to get this game remastered for current-gen consoles. And when the news was announced, everyone has been talking about it and could not wait what the future holds for this game. The game is slated to come out on September 8.

Spelunky was an indie game that made waves for its unique random levels and permadeath. It also featured local co-op so you can play with your friends. Every new game of Spelunky would let you start at the beginning in a randomly generated level every time. Spelunky 2 now allows for online which adds more fun to the game. Now you can still play with your friends without having to go to their house. It’s the perfect game to play at these times. Spelunky 2 is set to come out on September 15.

Ever since it was announced that Mafia was going to be remastered. Gamers have been really excited to see how this game has improved since it was released. I have never played the original version myself but I am definitely looking forward to playing this as I have played Mafia II on the PS3 before. Mafia: Definitive will come out on September 25; and we’re surely excited to have this in our list of exciting games in September 2020.

For the basketball fans out there, they have been waiting to get their hands on this long-time running basketball game. 2K Games have announced significant changes in how this game will play compared to its previous iterations. They wanted to appeal to newcomers to the game but still have the elements that veteran players would still appreciate. NBA 2K21 will come out on September 4.

Lastly, but certainly not the least, is Crystal Dynamics and Square Enix Games’ take on the Avengers. So much hype has been built up for the game as they have been releasing betas for the game throughout the month of August. And even though gamers expected it to be buggy, it didn’t stop them from playing the game. I am actually one of the many players that are really excited for this game to come out and I hope that they are able to fix all the multiplayer issues that came with the beta. Marvel’s Avengers will be rescuing the day on September 4.

And there you have it. Which of these games in September 2020 are you most excited about to get and play? Let us know in the comments section!