The sun, the sand, and the sea. It’s the best time to see a lot of people (and maybe yourself) in a swimsuit! If you feel like going on a trip to the beach but don’t have the luxury to do so, then Adventure of a Lifetime will set you up for a great time.

It’s a romance game that’s all about summer vacation. You play as Hiroki Mizuno as he revisits Osagawa Islands, a real place in Japan! He is going there to help his grandmother with her restaurant. 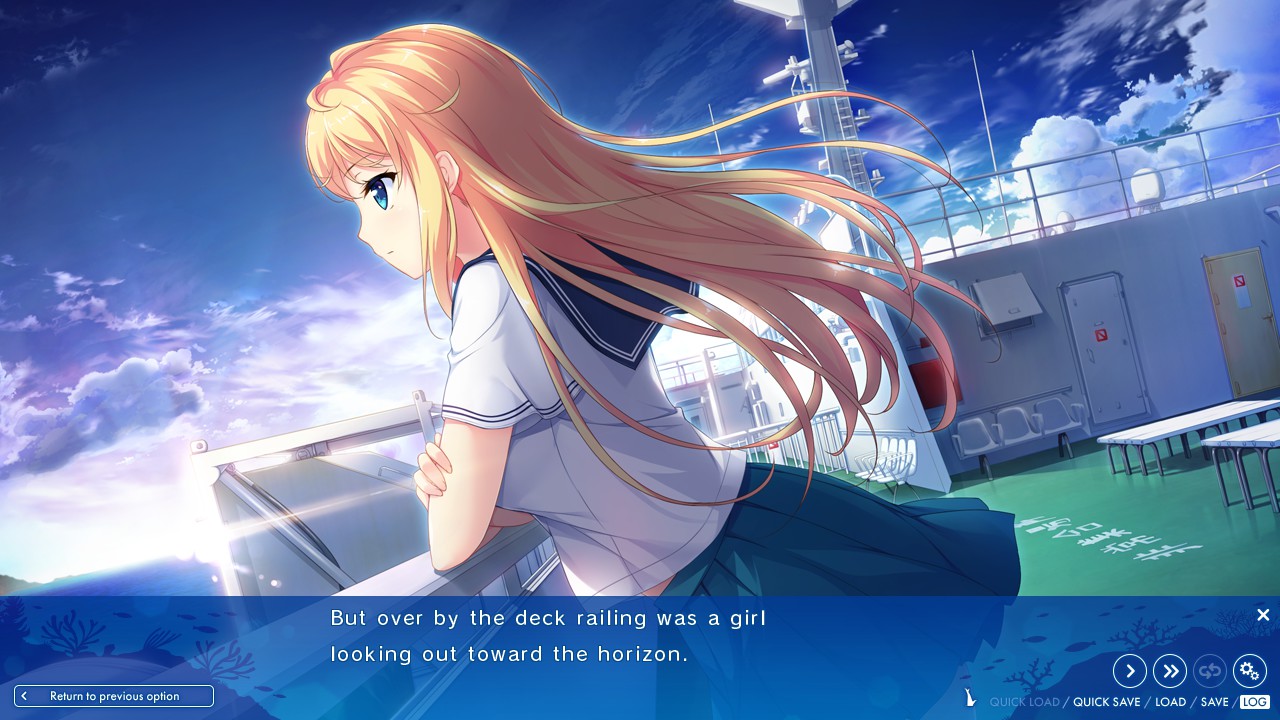 On the boat ride that he’s been on for so many times, he meets Emily. She’s a half American, half Japanese girl who is depressed and looks as if she’s probably in need of saving. She tells Hiroki that she’s on the search for undersea treasure and yes, she’s one of the girls you can pursue. Being able to date a foreigner during the summer is such a popular trope.

In the island, you will meet Chisa, Hiroki’s childhood friend. She’s an adept swimmer, making you feel as if she were a mermaid. She was also featured on TV a few days before Hiroki arrived which makes her a town celebrity. With sun-kissed skin and being a bit of a tomboy, she is the total opposite of Emily.

Together, they try to find the treasure that Emily is looking for. Will they find what they’re looking for or is friendship the real treasure? Just kidding.

There are no explicit sexual scenes made for this game. There are also none in the Japanse version, unlike MoeNovel’s If My Heart Had Wings. However, there are suggestive scenes so I wouldn’t give this to a child. 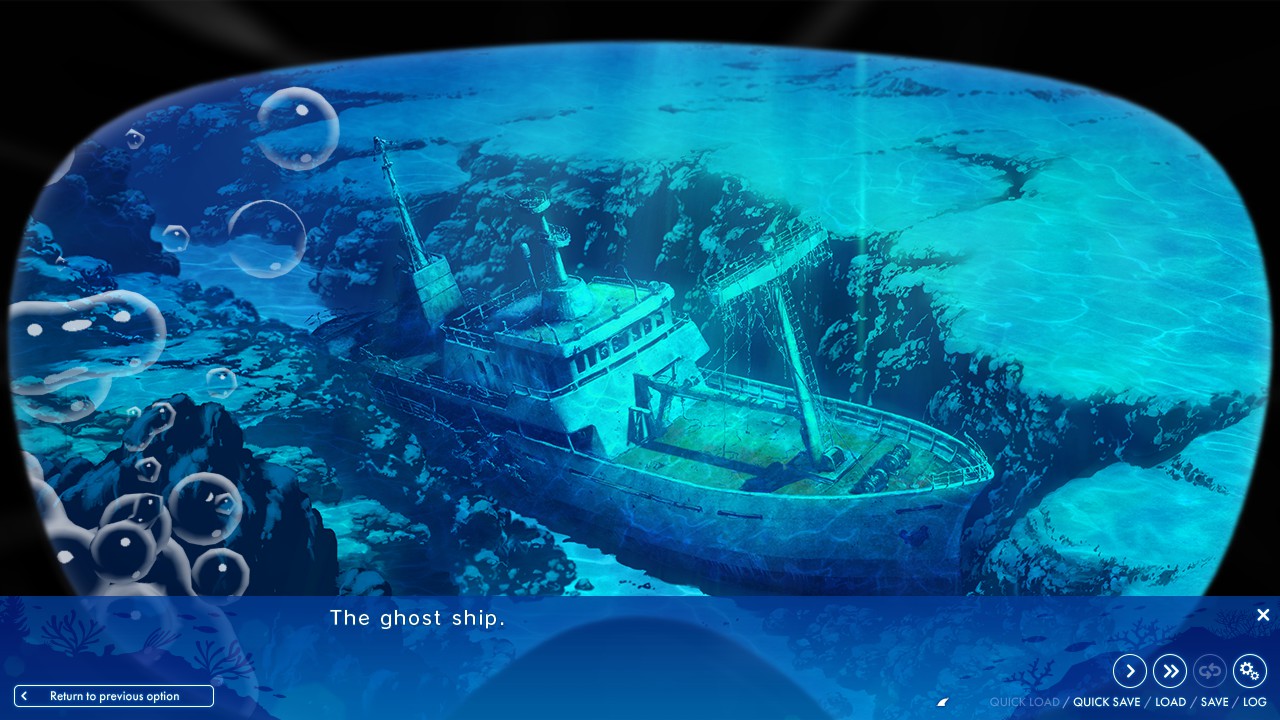 Now that we got that out of the way, the game has a feel of a summer fling to it. Personally, I would have wished Chinami was older. She is Chisa’s younger sister and I would have picked her if she weren’t so young. All I do Avoiding other human beings, being online all day and quite possibly, playing visual novels despite the current summer heat in my small island. However, that would totally defeat the purpose of a summer fling on the beach.

The main focus of the plot is about helping Emily find the undersea treasure. Midway, the story branches based on which girl you pick. Once that happens, the focus of the plot will change depending on what route you took. Either way, the theme is about living life to the fullest as you are only young once.

The art is gorgeous. It follows the same style as the other MoeNovel titles, especially the coming of age ones. The scenic tourist spots look stunning that they make me curious enough to see them for myself in real life. As usual, the UI for MoeNovel is clean.

Just like in other MoeNovel releases, they have small informational pop-ups that delightful. They share tidbits about the island like food, market day and festivals. The information is placed in a way that’s relevant to the story and it isn’t boring in any way. Not only does it let you learn about the characters, but the island’s culture as well. 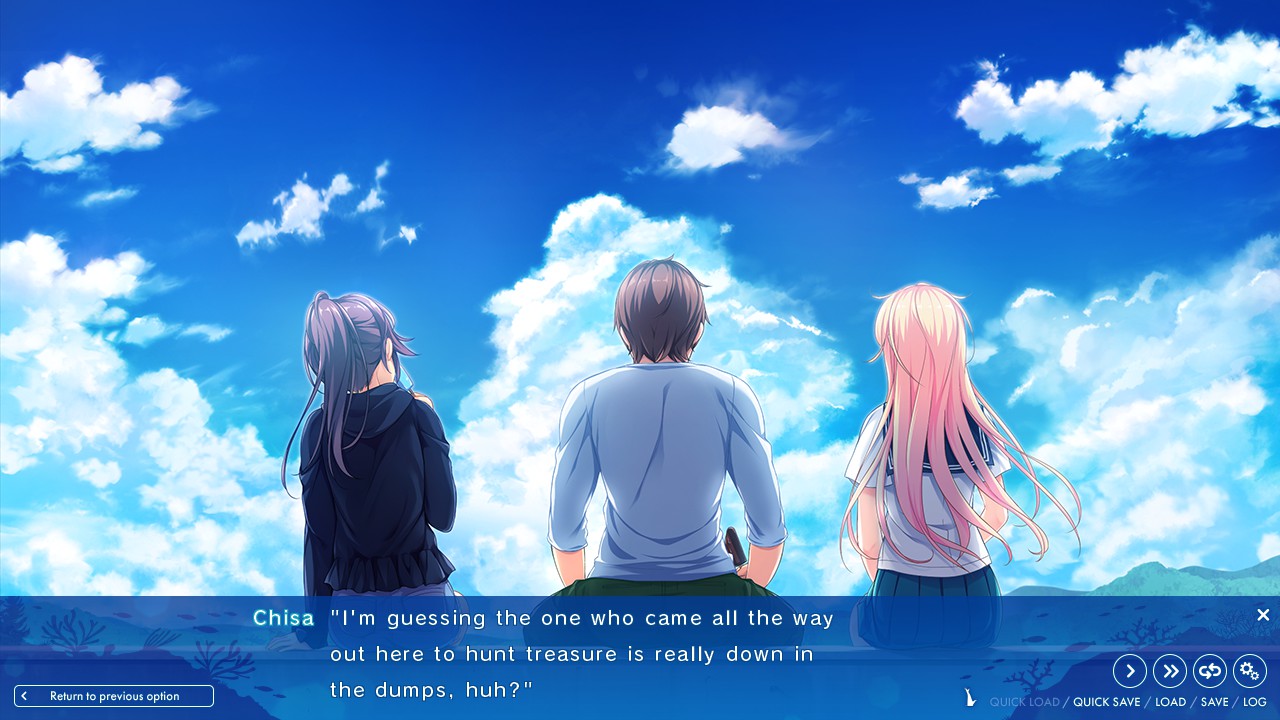 The sound effects were great, an example being Emily during her scuba classes. Aside from the normal background music that the game has for underwater scenes, there are noticeable sound effects such as the sound of breathing through an oxygen mask.

My only complaint (which isn’t much) is how the characters can telepathically communicate underwater. Sometimes, I forgive them for the sake of storyline. The story would drag out if it wasn’t done that way.

Adventure of a Lifetime is a quick romance visual novel that will heal any summer itch that you might have. Pick it up if you need a quick summer fix. 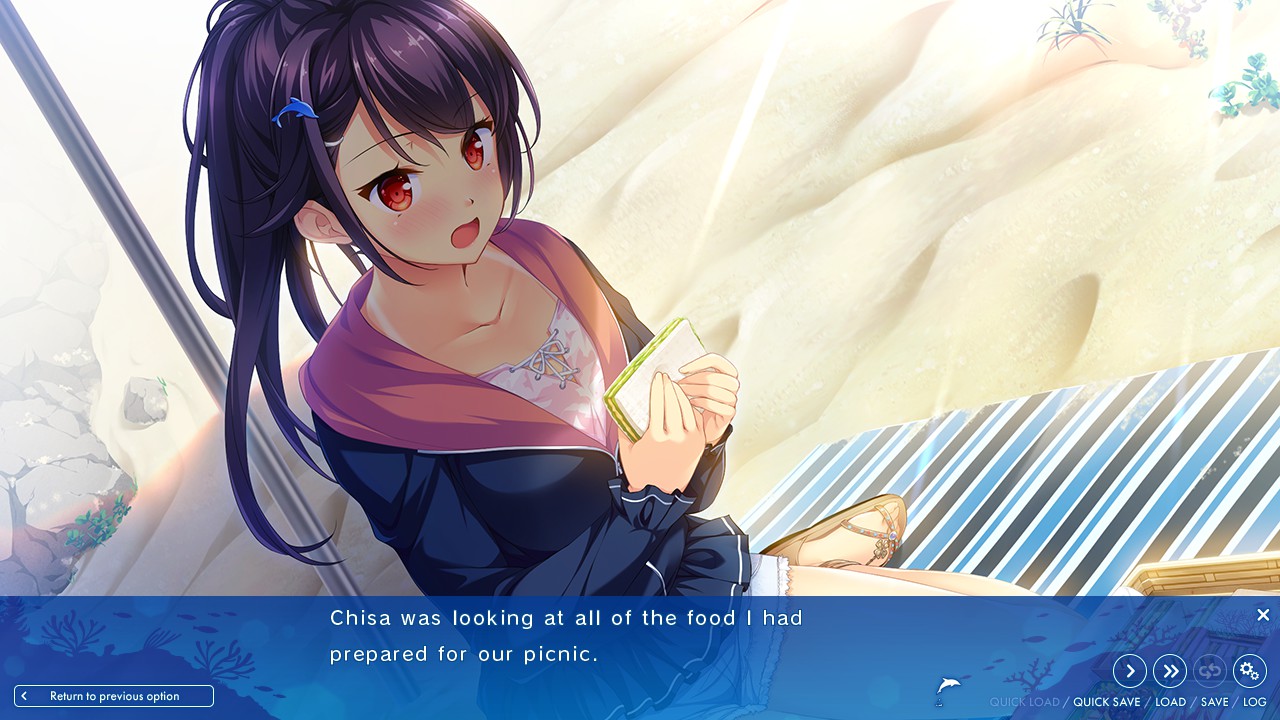 Adventure Of A Lifetime - Review
Score Definition
You better have to choose if it’s worth spending your spare cash, because it might not be the game for you and it might be for others.
Pros
Wonderful art
Clean and informative
Cons
Only two girls to pursue
Short story for a visual novel
6
Justified