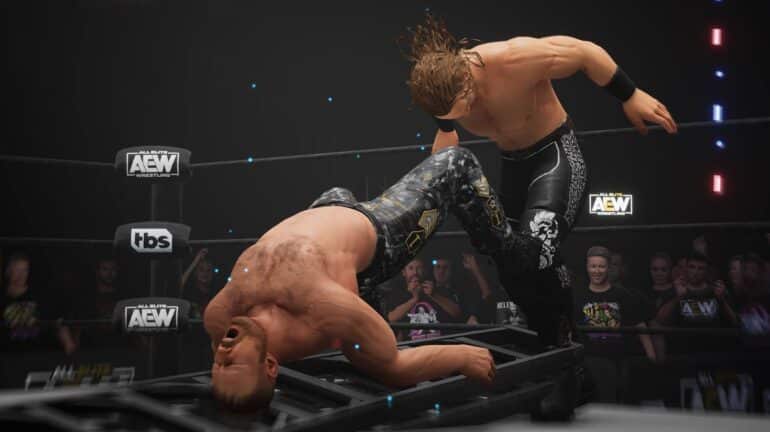 THQ Nordic has unveiled new gameplay at Gamescom 2022 about one of their newest games, AEW: Fight Forever to come by November 2022. For the past months, AEW, or All Elite Wrestling has been teasing about their newest game for months. From video teasers to promotional posters, wrestling fans are craving the release of the game. Not only that, newly updated info about AEW Fight Forever was revealed on their main website.

In this gameplay, we see Evil Uno & Colt Cabana of All Elite Wrestling test out the gameplay of AEW Fight Forever. Using the characters of Kenny Omega & Adam Cole, they reviewed the gameplay developed by THQ Nordic and were amazed at how easy and proficient the game was. The controls and stages found in the game were simple and easy to go by. Plus, performing signature moves and finishers have become more refined and fun to watch.

Developed by acclaimed wrestling game developer Yuke’s, AEW Fight Forever is the first video game officially licensed by All Elite Wrestling. The best of the best from the AEW talent roster means players can look forward to playing as some of the most legendary wrestlers to enter the ring plus all-new, high-flying AEW talent! AEW: Fight Forever combine nostalgic, arcade-wrestler feel with innovative AEW finishers and tandem offense moves!

AEW Fight Forever’s deep career mode highlights the fun and personality of an All Elite Wrestler’s life on the road. Players can create and develop their own wrestler who joins the AEW roster and appears in matches and stories over an event schedule. Points are earned by winning matches and fulfilling certain objectives which can then be used to enhance their wrestler’s stats.

AEW Fight Forever is set to be released before the end of 2022 for PlayStation 4, PlayStation 5, Windows, Xbox One, Xbox Series X/S, and Nintendo Switch. Fans can visit the main website of the game for more info.