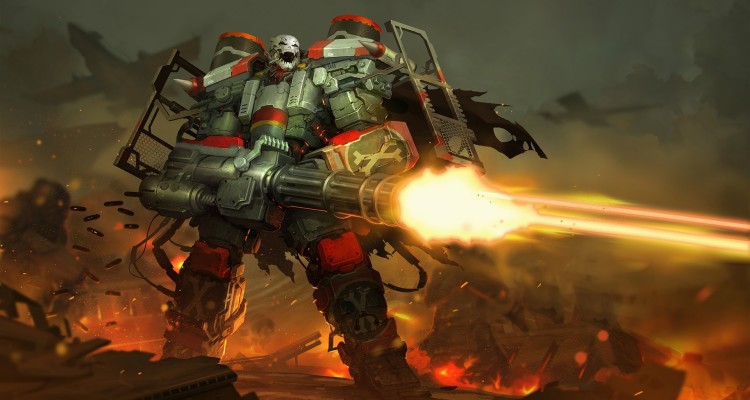 Our friends from IND13 shared us their review of this futuristic mechanical real-time strategy game that was re-released on next-gen consoles!

Have you ever played a real time strategy game and thought to yourself “it’s great that I can command my troops to attack but I want to attack with them… as a helicopter… that turns into a giant robot…with a sword…” Nope, me neither, because the idea seems even crazier when you say it out loud. Luckily for us someone at Carbon Games was just crazy enough to put the idea into practise and now we can all play the fun fuelled Airmech Arena.

The game was first released in 2012 but was released in 2014 on the Xbox 360 and now has been re-released on Xbox One and PlayStation 4 as a free-to-play downloadable game.

You are immediately presented with some nice cartoon/anime style artwork of characters you can choose to be with descriptions of each characters unique traits and thrown straight into the action. Starting off nice and slow you learn the games controls and gameplay through some basic missions acting as a tutorial of sorts. The controls are easy enough to get and it becomes clear that the gameplay intends to be fast paced but for now it’s all just basics.

The artwork involved in the games menus are a nice almost anime style of characters and mech units (makes sense, if there is one thing anime likes more than cute creatures its giant mech robots.) Nice array of SFX and background music during the game and the in-game graphics are detailed enough to make an impression but doesn’t go over the top to take from the games simplicity that appeals to its fast paced gameplay.

You start to feel a little patronised, being congratulated for moving 3 units from one base to the other side… Yay, go me! Suddenly around 8 missions in BAM! Your troops are now met with opposition and an enemy mech unit and chaos ensues as you try to best them and take control of the bases on the map and charge enemy HQ. Well that escalated quickly!

After the tutorial you will see that the chaos (fun) can be pushed further with the solo game modes including Survival mode (we all know this one by now) and Skirmish which has the options to play against AI bots in 1v1, 2v2, 3v3 or if you’re brave enough 2v3 a, 1v2 and 1v3. There is also a range of in game challenges with rewards involved as well as the traditional Xbox achievements.

The game moves over then to multiplayer features like Co-op play against AI bots and even PVP where players can strategically mech out against each other. This is a fantastic addition to the game as you will love the destructive chaos of the fast paced gameplay with friends or against them.

There is a selection of difficulties to build up through and keep you challenged. With this and the amount of different playable mech units with different skins available you would think that the replay value for the game would keep you going a while. But my opinion is that even when all of the mechs are unlocked in all of their colours the gameplay does not change from your first couple of games. (maybe just mech abilities makes it a little easier) so you may be less inclined to grind your mech units level and experience gain in order to play the same game you were just playing.