Get it on physical and digital today. 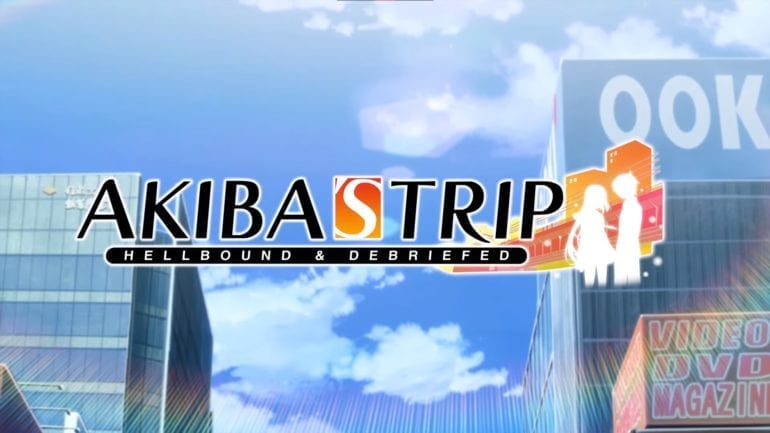 The action-RPG is now available for purchase on Nintendo Switch, PlayStation 4, and PC via Steam, GOG, and Humble Store. This is known as Akiba’s Trip Plus in Japan, this is the prequel to the cult-hit Akiba’s Trip: Undead and Undressed. This takes the western fanbase to the starting point of the series with enhanced HD graphics and dual Japanese and English Options.

The game is now available as a physical Day 1 “10th Anniversary Edition” for only $49.99 for Nintendo Switch and PS4. It will include the game, 96 page art book, and a 2-disc CD soundtrack packaged in a custom box. There is a Digital Deluxe Edition for only $49.99 for PC and PS4, while the base game can be purchased digitally for $39.99.

This 10th anniversary release transports players to Tokyo’s Akihabara district, complete with accurate street layouts and shops based on those operating in 2011. But watch your back, for a paranormal threat with a deadly weakness to sunlight lurks in the shadows of Electric Town. After joining a faction, the player hunts vampiric foes and tears off their clothes to expose them to sunlight, all while dressed in stylish customizable outfits. Your decisions affect the course of the story, which culminates in one of several different endings, and determine if an all-out war breaks out in Akihabara!

Return to an accurately modeled Akihabara circa 2011 and explore the bustling streets and back alleys of this otaku paradise. But beware the seedy underworld lurking in the shadows! After finding his missing friend unconscious and bleeding in an alley, young otaku Nanashi is attacked by a sinister figure straight out of a horror manga and left to die. As he lies dying, a mysterious young lady offers him some of her blood, saving his life but changing it forever.

Now he’s a Shadow Soul, one of the very creatures that attacked him and his friend, and has superhuman strength and stamina…as well as a deadly weakness to sunlight. Caught up in a world of supernatural politics, Nanashi must contend with NIRO, a covert agency dedicated to hunting down paranormal threats, and an inhuman family of Shadow Souls. It’s up to him and his friends, the self-styled ‘Akiba Freedom Fighters’, to preserve the peace of Akihabara and prevent all-out war from tearing the town apart.