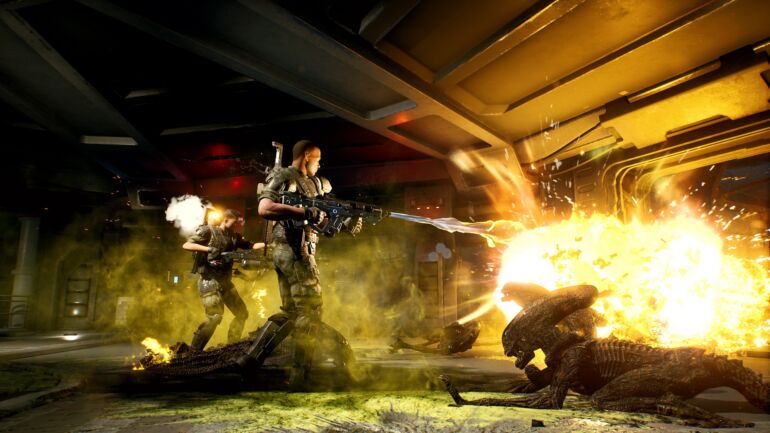 Media outlet IGN shared a new video that focused on the two character classes Gunner and Technician. Lead Systems and Combat Designer Chris Matz was the one to narrate on how these two classes work.

The Gunner is the classic colonial marine that has a lot of firepower with an assault rifle and some close quarter weapons too. He can handle a lot different situations and the most versatile of them all. Gunners also have grenades, his ability called overclock, and more.

Overclock can be upgraded later on and basically it is an ability that makes players shoot faster. Grenades can be upgraded as well and could expand into other abilities. It can either become an incendiary or a sticky bomb-type of grenade for different perks.

Perks can be arranged in a grid that players can move around. At first it will be limited, which needs them to be arranged in a way that every block fits. In time, other spaces will be unlocked, which will make it easier to add more perks later on. Some perks can connect with others and can unlock some additional abilities.

The Technician can use turrets that can be of use whenever players need extra firepower to curb out the number of Xenomorphs attacking them. Charge coils are somewhat electric darts that could release electricity to nearby enemies to stun them or slow them down, which makes it easier for players to shoot them up.

Matz clarified that players can bring duplicate classes during a mission, but he suggested to have different classes to take advantage of each other’s abilities.

Aliens: Fireteam will launch in Summer 2021 for PC, PlayStation 4, PS5, Xbox One, and Xbox Series X/S.