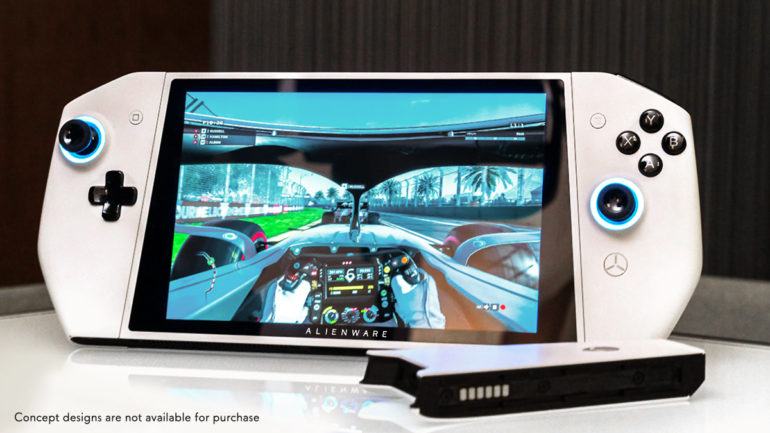 Computer company Dell just revealed an Alienware prototype portable PC that has the likeness of the Nintendo Switch.

The prototype portable PC is called Concept UFO, which is a handheld Windows 10 gaming PC with a lot of similarities of the Switch hybrid console. It was revealed at the Consumer Electronics Showcase 2020 just recently and now on display.

The Concept UFO is not for sale since it is still a prototype. It is an attempt to pack a PC into a small package without relying on the mobile architecture used by similar attempts at portable PC gaming devices like Razer Edge and Nvidia Shield. It is a first of its kind, runs on Windows operating system, and has a unique body style.

The handheld PC has almost the same characteristics of the Switch. It has the basic handheld mode with a kickstand and can support controllers on detach mode. There is also the docked mode where the device can connect to a display.

The Concept UFO has an 8-inch screen with big fans behind it. There are controllers similar to the joycon controllers of the Switch that can be attached at either side of the display. There is also the battery and it seems it will eat away the energy if a big game will be played. No other details were revealed though.

More details will be unveiled tomorrow.