Don't miss out on these Tales 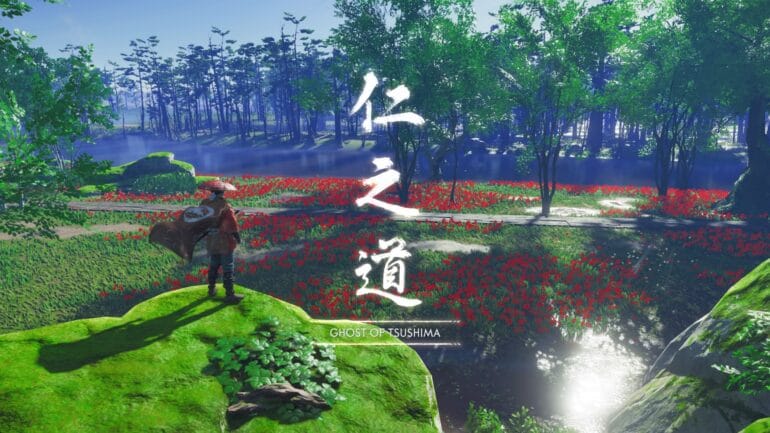 Mythic Tales in Ghost of Tsushima are special side quests that require Jin to go through great lengths in order to unlock powerful gear and techniques. The Tales are always given out by wandering musicians. A short cutscene usually plays out, explaining the origins of the Tale, and a hint towards what it could do.

Below you’ll find a list of all 7 Mythic Tales, where to find the musician for it, and what rewards you’ll get.

As this is the first of the Mythic Tales in Ghost of Tsushima, it won’t take too much effort to complete. But with that being said, it will still require you to follow a trail and liberate some locations.

The target of this tale is a powerful swordsman who’s been on a killing spree for a while now. After dealing with some Mongols, saving people, and reaching a shrine, Yahukira Koga, the killer, will challenge you to a duel.

Fight him as normal until he lashes out with the Heavenly Strike. Jin will learn the technique just after seeing it. The quest ends when you’ve killed him using the technique.

The Curse of Uchitsune is a quest wherein Jin seeks out a cursed longbow. The specifics of the curse are told by the musician located near the Hiyoshi Inn Hot Springs. After speaking to him you are then tasked to search a series of wide areas using vague clues to point you in the right direction. In this case, fields of blue flowers. If you’re ever stuck, you can use the touchpad to bring out the piece of artwork that serves as a clue to the next location. Keep doing this until you reach a large shrine on top of the cliff.

Just as you are about to claim the bow, Jin will pass out. He will then wake up to duel with a Tengu swordsman. The fight’s very surreal; blood everywhere, crow swarming the arena. Defeating him will unlock the longbow, and allows access to explosive arrows.

The Legend of Tadayori starts after listening to the tale from the musician who’s located South of the Rustling Bend, along the river South West of Izuhara. Your first task is to search for violet flowers. After visiting a couple of locations, you’ll stumble upon Tadayori’s rest. Duel with the rest’s guardian for a bit until she recognizes your authority. She’ll then point you in the direction of Azamo Bay.

Upon finding the armor, you will be assaulted by a bunch of Mongols. Take this as a good opportunity to learn what the armor does. The quest ends once you’ve dealt with all of them.

To start the Unbreakable Gosaku quest, you first must the musician associated with it. You can find him West of the Hakutaku Forest.

After listening to his tale, you are then given the task of gathering six keys from six different farmsteads scattered around the regions. The locations will be marked on the map upon starting the quest. The keys themselves aren’t hard to find. You may be required to liberate hostages first, but you’ll get them soon afterward.

Once you’ve gathered all the keys, a new quest will start, this time asking you to travel to a hill on Akashima. Upon reaching the top of the hill, you will a chest set on a stone. Interacting with it will unlock Gosaku’s Armor and the end of the quest.

The Spirit of Yarikawa’s Vengeance

The Spirit of Yarikawa’s Vengeance starts with a ghostly rumor hanging around the ruins of old Yarikawa. You can hear all about it from the musician located West of Rebel’s Last Stand.

This one’s fairly easy, actually. Just follow the white smoke. Talk to some people. And finally, head to the Garden of the Gods. There, you’re going to have to duel with the Spirit of Yarikawa herself. Bring her low to learn the Dance of Wrath. Finish her with it to end the quest.

The Six Blades of Kojiro

The Six Blades of Kojiro is got to be the longest Mythic Tale in the game. It starts by finding out that Jin caught the attention of a Straw Hat Ronin named Kojiro. You can find the musician informing you of this fact at the Umugi Cove, South of Lady Sanjo’s Landing.

Afterward, you’ll have to go to 5 different locations across the region. You are tasked to take down Straw Hat Assassins before heading to the final duel location at the Omi Monastery. Kojiro himself is a lot more difficult than many of the duels you’ve had so far in the game. He’s got many attack sets and is very aggressive. Take your time, learn his moves, and always look for openings.

The Undying Flame is the last of the Mythic Tales, it’s all about perseverance in the face of adversity, and is the last test for the Ghost of Tsushima. To start the quest, you’ll need to listen to the musician’s tale. He’s located South West of Mount Jogaku.

During your ascent towards the top of Mount Jogaku, the game throws in a new freezing mechanic where Jin must find a source of heat… or die of frostbite. At a certain point, you will come across campfires that also serves as checkpoints in case things go wrong.

Once you reach the top of the mountain, you’ll find yourself at the foot of a dojo. This is where you’ll Bettomaru. He’ll teach you how to ignite your blade. Bettomaru will then challenge you to a duel as a final test of your worthiness. Defeat him to finish the quest.

Reward: Way of the Flame technique