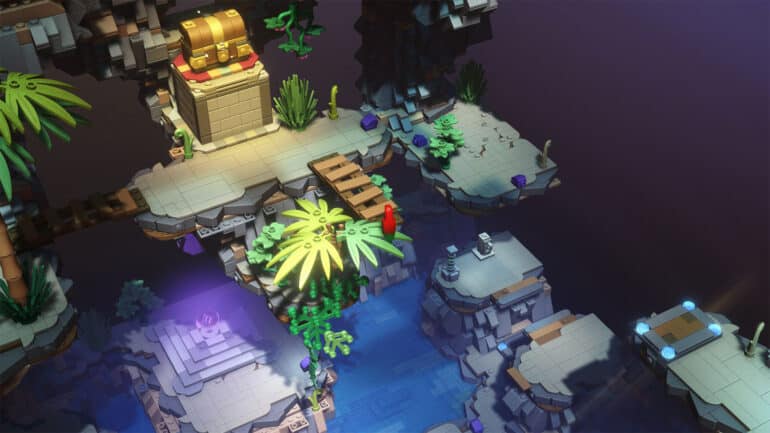 Treasure Chests are scattered all across the Caribbean level in LEGO Bricktales. Unlike the usual treasure chests that often carry lots of gold and valuable stuff, these treasure chests contain things that aren’t usually what one would expect, but they are still considered as valuable currencies in their respective worlds.

In this guide, we will talk about all the chest locations in the Caribbean level of LEGO Bricktales and share tips on how to get to them.

There are a total of 13 chests to be found within the City level. It’s recommended to start looking for the chests after getting the final skill called Hover.

Check out our LEGO Bricktales Caribbean Walkthrough and Builds guide to know how to complete the level.