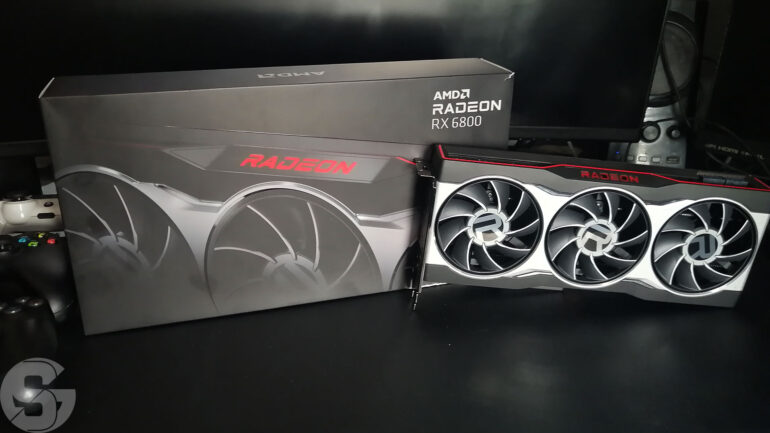 AMD has been in the backseat for a long while when it comes to competing against Nvidia’s most powerful graphics cards. In their first-generation RDNA architecture, the AMD Radeon RX 5700 XT was nowhere close to the Nvidia GeForce RTX 2080 Ti and it’s been going toe to toe with the GeForce RTX 2070 Super in terms of performance. This time, AMD fires back with a big bang with its RX 6000 series reveal earlier this year.

Earlier in November, the “Big Navi” was unveiled, sparking a lot of discussions if it’s the time when AMD releases a GPU that would compete against the beast of graphics card that Nvidia has up their sleeves. Just right in the nick of time of the next-generation consoles’ launch — the PS5 and Xbox Series X|S — these compact gaming hardware are also running with the latest RDNA 2 architecture that the RX 6000 cards have. “Big Navi” is also the first line of AMD graphics cards that support ray-tracing.

Both the AMD RX 6800 and RX 6800 XT have launched, and AMD sent us the RX 6800 to review and report to you what kind of performance you will get when gaming with this newest piece of tech AMD just released.

Please note that this review will not dive into the deep technical aspects of the graphics card, rather, to focus heavily in gaming performance, how it holds up with the newest games like Godfall and Assassin’s Creed Valhalla.

The “Big Navi” graphics cards are a big generation leap as the latest RDNA 2 architecture greatly improves game performances across the board miles and miles ahead of the RX 5000 series as expected. While both the RX 6800 and its XT variant holds a massive 16GB GDDR6 video memory, the former is best played in 1440P, and as other reports suggest the graphics card does give decent results on 4K. Even if I don’t have the 4K monitor to experience this myself, in 1440P resolution, however, is where the RX 6800 definitely shines.

During the RX 6000 series deep dive with AMD, one thing they’ve noted highly during that event was the power draw, and the RX 6800 has a thermal design power (TDP) of about 250W. Meaning, you’re only required to only have at least a 650W power supply (while the bigger headroom, the better) to be able to get this baby going. To add, both the RX 6800 and its XT variant requires two 8-pin connectors.

The RX 6800 has two display ports, one HDMI 2.1 that supports 10Gbps with what we’ve called a Fixed Rate Link or FRL which gives the graphics card the ability to run at 8K resolution 60Hz or 4K at 120Hz.

Here are the PC specifications that we use to do benchmarks.

Considering that this is ‘officially’ the first graphics card review we have ever done in Sirus Gaming, acquiring such components can be expensive. While it’s worth investing to fully test out the hardware provided to us by the manufacturers, we’re settling with a decent test rig as we will be investing in a dedicated one for benchmarking purposes hopefully in 2021.

In terms of how we choose the games to benchmark, we want to focus more on what makes the graphics card “cry”, well, not literally, but pushes it to the limit. We set all graphical settings to the highest preset possible to stress test the cards in terms of gaming performance. Hence why we are going to include the newest graphic-intensive games like Godfall and Assassin’s Creed Valhalla, plus other games that launched this year which include Horizon: Zero Dawn and Death Stranding — plus Cyberpunk 2077 in a separate article.

We also use MSI Afterburner to gauge the performance for the benchmark for at least 2 minutes per run in areas of the game that requires a lot of processing power of the graphics card.

I’ve seen better performance in the games I’ve played and benchmarked during this test. As you can see on the charts above, you will see that it easily defeats the RTX 2070 in a mile. The AMD Radeon RX 6800 shows that even in games like Godfall, Death Stranding, and Assassin’s Creed Valhalla, the AMD graphics card performs phenomenally all thanks to its horsepower plus the 16GB GDDR5 video memory. So if you simply need that raw power when you game in 1080P and you plan to get a 1440P monitor in the future, then you will not regret getting the RX 6800 unless if you stick with 1080P forever, then the RTX 2070 will be the practical choice.

In other games like Apex Legends and Rainbow Six: Siege, the RX 6800 sits perfectly stable above 100 frames per second. So if you have that 144Hz monitor and you’re playing competitively, then you get to take advantage of the Radeon Anti-Lag that reduces input lag when playing first-person shooter titles.

If you’re looking to see how well this enthusiast-grade AMD graphics card holds up in a game like Cyberpunk 2077 at 1080P, stay tuned for our coverage next week.

The AMD Radeon RX 6800 is supposed to be marketed as a 4K Gaming graphics card, but while I don’t have a monitor to do the benchmarks to gauge its overall performance, most reviewers do say that it does well on certain games but not with a consistent 60 frames per second at 4K.

Testing the card at 1440P against the RTX 2070, I can certainly assure you that the RX 6800 is actually meant for 1440P gaming. Playing Assassin’s Creed Valhalla for hours with the RTX 2070 gave me minor stutters when it loads up assets as I venture through its beautiful landscapes at Ultra High graphical presets. With the RX 6800, however, these minor stutters were rather minimal. The experience was smooth and I haven’t had issues playing Valhalla for almost 9 hours with the RX 6800.

To even spice it up, while I don’t have the benchmark results yet, I’ve been playing Cyberpunk 2077 even how buggy the game is right now. The RX 6800 holds up at 1440P with about 48 frames per second to an average of about 52-59 FPS with Ultra presets. The game challenges the AMD card at its limit when gunfights and explosions happen which pushes the frames not further below 44.

Cyberpunk 2077 is an ambitious, graphically demanding title and I’m happy to report that the AMD Radeon RX 6800 can run the game smoothly between 47 FPS to 59 FPS,

The AMD RX 6800 is what I consider to be the ultimate 1440P gaming graphics card that you could buy in the market. It’s only quite unfortunate that its capability to run games with ray tracing greatly affects the overall game’s performance. This might be because it’s still new to AMD’s hardware and most of the games that support ray-tracing is optimized heavily on Nvidia’s RTX cards.

If you’re looking to upgrade from a GTX 1000 series card or even from the RX 5000 / 500 series, then getting the AMD Radeon 6800 (or even its XT variant) is a better choice over the RTX 3070 in terms of price/performance ratio. You will get to take advantage of that beefy video memory in the long run, and if you’re fine playing games at max graphical settings on 4K and cap it to 30FPS, the RX 6800 and RX 6800 XT can offer that without any issues. 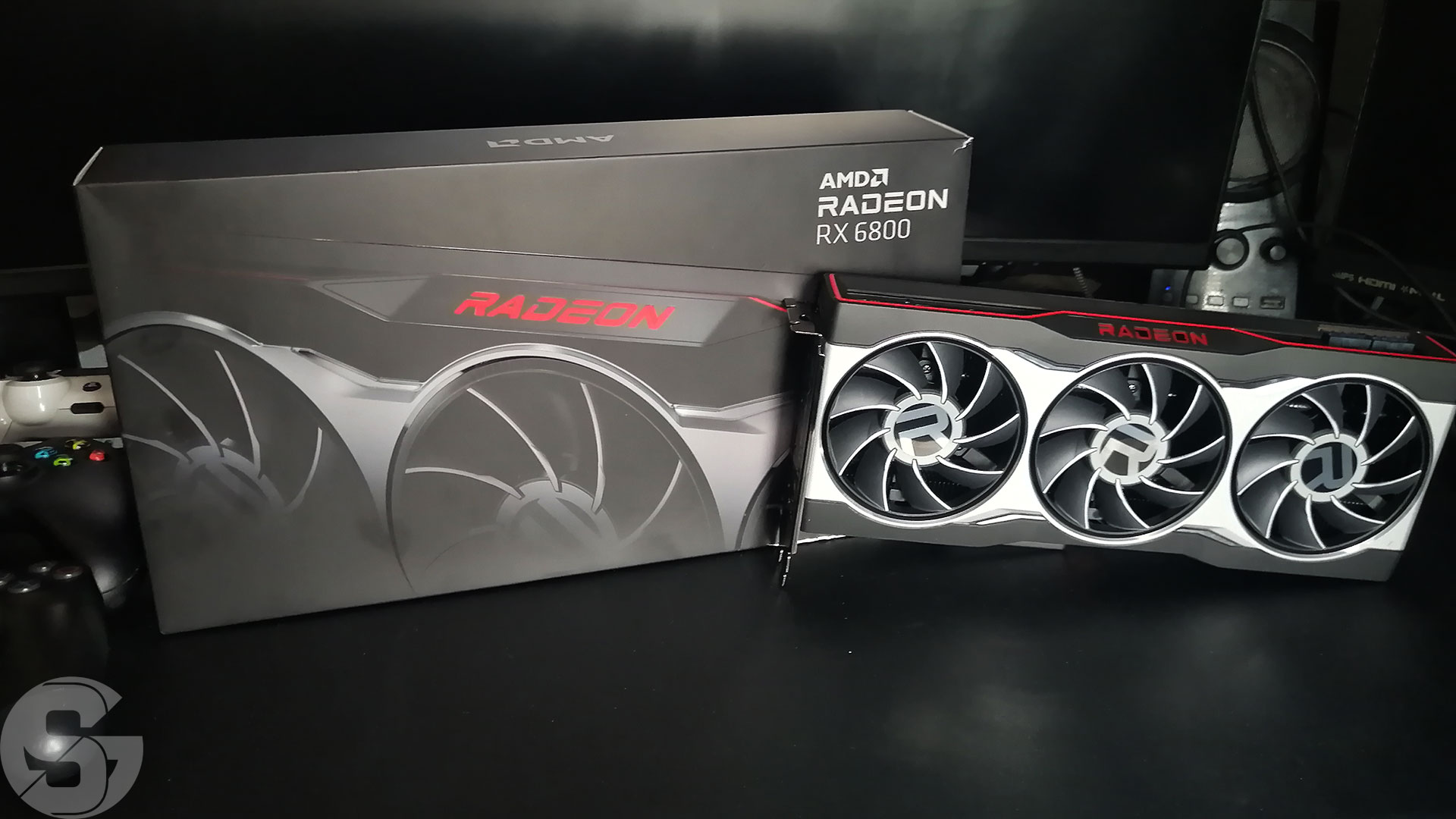