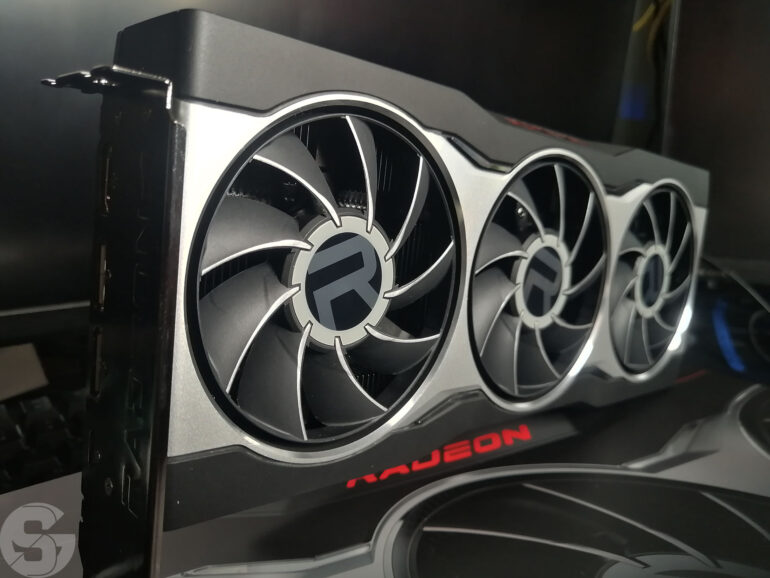 The latest RDNA architecture has finally arrived. AMD’s newest lineup of video cards put Nvidia on the defensive as the Radeon RX 6000 series pushes for better price/performance ratio like never before. Reviews raved in last week and the RX 6000 series was well received.

We can’t wait for us in Sirus Gaming to do our own tests to see how well the RDNA 2-based GPU can hold up, and we would also like to thank AMD for sending us an RX 6800 for this coverage.

For now, let’s do some unboxing, shall we?

The AMD Radeon RX 6000 series box gives that premium front that compels its buyers to keep it mint for display, and not to mention what greets you when opening the box: “Uncompromised 4K Gaming” and “AMD Fidelity FX Optimized”, telling us that this GPU is actually made for 4K gaming all the way. Not to mention AMD added little details such as a gloss looking and embossed feel of the GPU’s outline on the packaging’s surface.

And if I were to ever comment, AMD wants us to feel the value of the GPU by giving us one hell of a simplistic, premium-looking box than Nvidia’s RTX 3000.

To give you an idea of how it weighs, it’s certainly heavy. The AMD Radeon RX 6800 weighs about 1.32 kg/2.91 lb. This GPU does pack a lot of power and a lot of metal which obviously made it heavier.

As we go in and inspect the RX 6800, this reference card does come with a triple-fan layout and two 8-pin PCIe connectors similar to the XT model. However, the heatsink attached isn’t as taller as the XT variant.

The overall look and feel of the AMD RX 6800 reference card is a total killer. While it’s quite heavy, the layout and design give AMD the edge of what a next-generation GPU will look like. The aesthetic is far better than its Nvidia counterpart, and the metallic silver plus with the red outline on the sides showcases the branding.

Just like my good ‘ol AMD Radeon R9 290X, the blower type was great but doesn’t hold the same level as the GTX 1000 series GPU form. AMD, however, made a comeback design-wise, and I’m happy to say if you’re not into the aftermarket brands, then you can settle in for the reference aesthetic that AMD has and it will still look amazing with your PC.

AMD scored the design without going for that awkward placement of, let’s say, the PCIe connectors for the sake of “design” that Nvidia had. The ‘Big Navi’ pushes with your traditional GPU design while incorporating a better answer to heat and noise by going for an axial cooling approach.

I’m excited to test the AMD Radeon RX 6800 on games like Assassin’s Creed Valhalla and Godfall to see how well it performs. So stay tuned for that coverage!