It looks so sleek and beautiful! 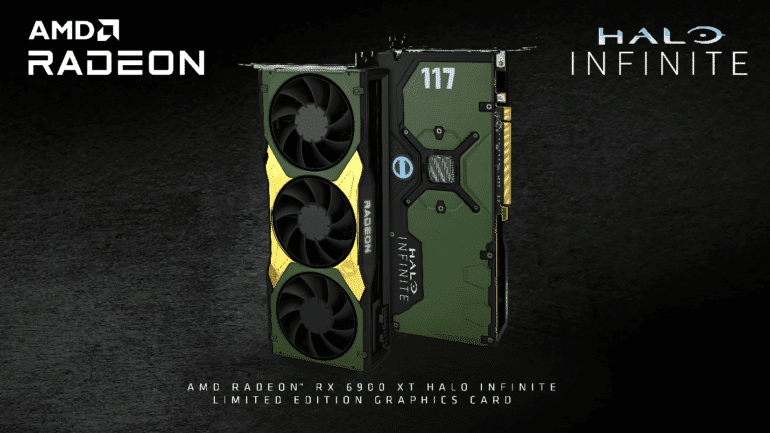 Microsoft and AMD have announced that there will be an AMD Radeon RX 6900 XT Halo Infinite Limited Edition graphics card and it will be given away.

Both companies have recently announced that they have partnered up in order to bring the upcoming and most awaited video game Halo Infinite to PC platform in the most grandiose way. It now has ray-tracing features, optimized gameplay, FreeSync Premium Pro technology support, and more. Ray-tracing is one of the top development priorities though for post-launch with more details later.

Aside from the software side, both companies have also cooperated for a marketing partnership. To celebrate the next era of Halo, starting October 26, AMD will be including a code for 1 month of Xbox Game Pass for PC with the purchase of select AMD Radeon and AMD Ryzen boxed products at participating retailers and e-tailers. This is to make AMD customers get and play Halo Infinite on day one with Game Pass. The offer will be available for a limited time only.

The AMD Radeon RX 6900 XT Halo Infinite Limited Edition graphics card was unveiled to celebrate the collaboration of both companies. It is inspired by the newest generation Mjolnir armor of Master Chief. It has a reflective, iridium gold fan border, the 177 Spartan callsign, and a Cortana-blue light to signify the AI slot on the back of the Master Chief’s helmet.

However, this particular limited edition graphics card will not be available for purchase. Instead, this will be given away to select lucky winners that AMD and Microsoft will be choosing later on. The raffle will be revealed at a later time and it is advised to follow AMD Radeon and Halo on their Twitter accounts for the announcements.

Microsoft also shared an overview video of the PC version of the game. It showcased how 343 Industries and Sandbox team built the title to be a great PC experience.