American Arcadia Announced from Creators of Call of the Sea

What if your whole, luxurious life is actually a TV show? 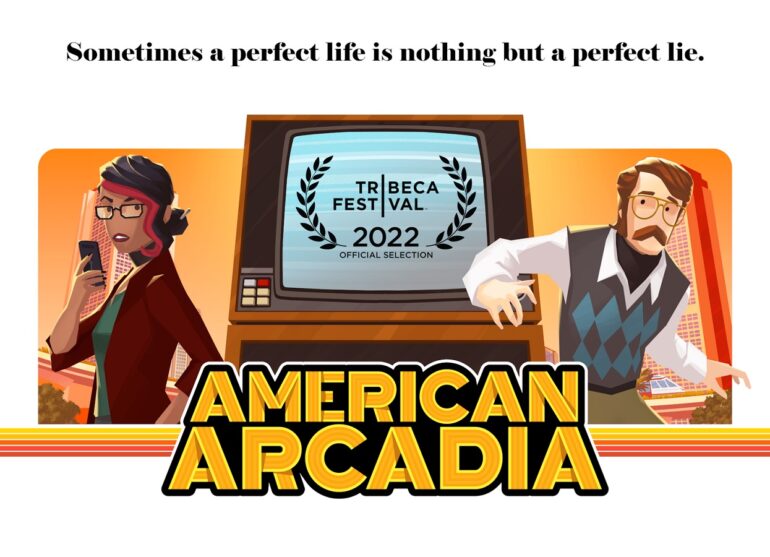 Out of the Blue, the makers of Call of the Sea, and Raw Fury have partnered up to announce their second collaborative project American Arcadia.

American Arcadia is a new title that combines two gameplay styles: 2.5D platforms and first-person puzzler. This is a single-player experience and offers a very unique story.

Players will take on the roles of two characters with their own distinct gameplay. Their lives and fates are now intertwined. It will be set in a 70s style, retro-futuristic metropolis where everyone enjoys a luxurious lifestyle. There is a hidden part though where the citizens do not know, which is playing a role in American Arcadia, a television show that has been broadcast live 24/7 for decades. They have countless people watching their show and the popular characters will live in luxury. Those who do not gain the favor of the audience though, they risk getting removed.

For an average man with an uninteresting life like Trevor Hills, that should mean serious trouble. But Trevor has found help from a mysterious voice promising to guide him through American Arcadia‘s backstage to his freedom. Is this offer real? Or merely a gimmick to raise audience ratings?

American Arcadia is now in development for PC and consoles. You can now wishlist the game on Steam.