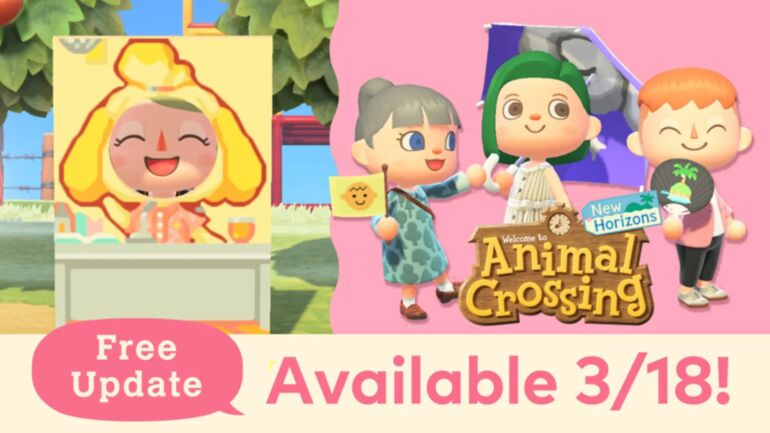 To celebrate the first year of the game, a free update will be released later this March 18. It will include 50 additional custom design slots for both the Normal and Pro Custom design Modes.

Aside from that, here are the following contents that will be included in the upcoming free update:

There is also another feature to check out, which is the Island Tour Creator, Build-A-Bear Collaboration, etc.:

Island Tour Creator – A new way to share your island with the world is on the way. The new Island Tour Creator launches on March 23 and is a limited-time web service currently planned to be available until the end of this year that lets you use screenshots and footage captured in Animal Crossing: New Horizons to create a poster and trailer for your island. Share your favorite spots on your island or commemorate sentimental scenes to show off what makes your personal island so special. Find out more info on the official Animal Crossing Twitter.

Super Mario Bros. 35th Anniversary-Themed Items – You may have noticed new items have been dispatched to Nook Shopping terminals in Animal Crossing: New Horizons this month. You’re now able to order clothing themed after familiar faces such as Mario, Luigi, Princess Peach and Wario. The Super Mushroom and the ? Block can also be ordered in-game as furniture items to spruce up your island with some Mario mirth. You can even use the new Warp Pipe items to travel between locations on your island. Why not try re-creating the Mushroom Kingdom?