Action with a hint of mystery wrapped in a Cyberpunk world. 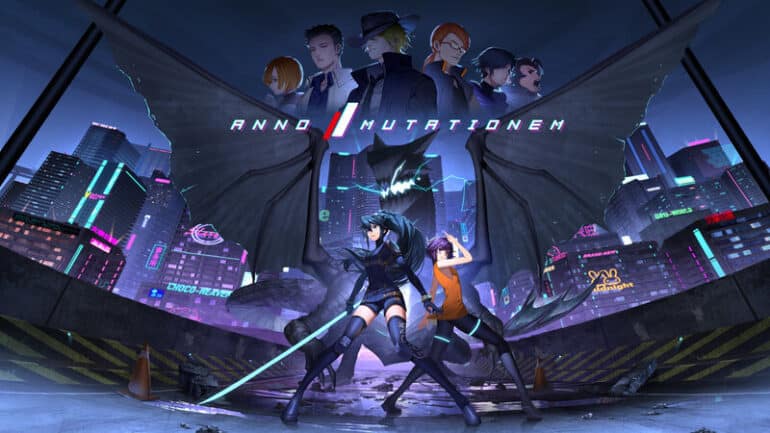 Developed by ThinkingStars and published by Lighting Games, ANNO Mutationem is an upcoming action-adventure game with RPG elements set in a cyberpunk world. The game features an interesting blend of 2D sprite work on 3D environments.

At the start of the ANNO Mutationem demo, players are introduced to Ann, the game’s protagonist. We don’t know much of what going on but an opening cut scene did shake Ann to the point that she needed to see her doctor. Or professor. It gets complicated when it comes to cybernetics.

The game lets us know that we can scan the environment for interactable objects. Good to know, I suppose. Though it never really came into play again until near the very end of the demo.

Upon leaving Ann’s apartment, we are instructed to head to a certain location. At this point, I was kind of cautious about following a waypoint into a densely packed urban setting. Thankfully, the locator was easy enough to follow. The city’s location in the demo gave me an impression of a large explorable area. If the game’s description is to be believed, then I may be looking at hours’ worth of side activities and rabbit holes to fall into.

When I got to the place that’s supposed to be checking on Ann’s condition, I was surprised to find it hidden beneath an antique shop. It got even more perplexing seeing as the facility is a full-blown underground laboratory. I’ll assume this is for security reasons.

This is where I first got a feel for the combat. As part of the diagnosis, the guy in the lab coat and sandals asked Ann to run a simulation. The combat was very active. Dodging was forgiving yet almost instant, and executions were possible on low-hit enemies. The combat flow reminded me of Catwoman from the Arkham series if Selene Kyle carried a gun and fought on a 2D plane. Juggling was also a thing in the demo, and I went to town with it.

Before the simulation ended, the game had the audacity to throw a curveball my way in the shape of a creature that closely resembles SCP-682 aka the hard-to-destroy reptile. I was pleasantly surprised, I expected there to be Bladerunner-like problems in this world but not entries from the SCP files. That alone was enough to pique my interest in the game.

The next part of the ANNO Mutationem demo sees us traveling to the different districts via flying car. As I said, the idea of exploring a whole map seems like fun. But now there are multiple locations to go to. Sounds good to me.

During this part, we are introduced to the game’s lock picking mechanics. I instantly thought about the hacking and what it could potentially be like. I didn’t get much to consider the possibilities as a bunch of hired goons entered the scene. In typical beat ’em up fashion, the head honcho threw waves of goons at me while he was running the rooftops as his life depended on it.

After a couple of rounds or so, he got serious and sent in a duo of muscle-heads. The two of them were kind of tough, but Ann proved to be no pushover.

The demo ended with Ann cornering the head goon.

Final thoughts – this is a good introduction to the game’s mechanics. We got to know the tiniest bit about Ann and her motivations but not much else. Nothing about its mysterious or about corporations we’re supposed to go up against. Maybe it’s for the better.

Sadly, I didn’t get a whiff of what the RPG elements were like nor did I come across any side quests. All in good time, I suppose. I am really looking forward to this title’s release. Though I don’t believe it’s going to have hours upon hours of side content I imagine but if it can deliver where it matters most (the story) then I’ll be happy.