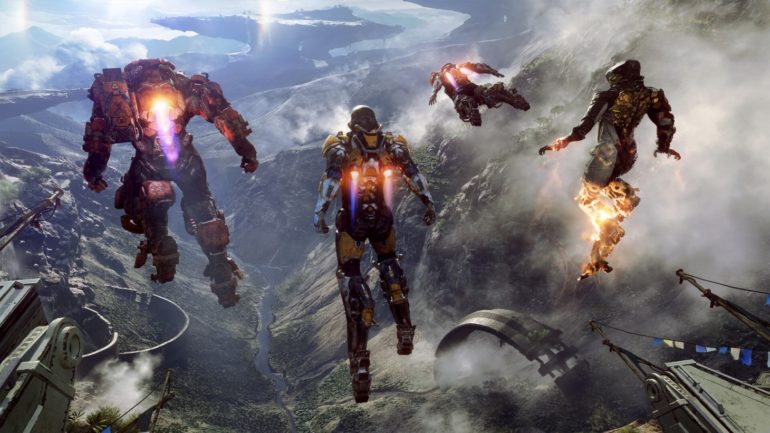 Ever since Andromeda, BioWare has kind of been on a downwards spiral. Their latest Triple A title ain’t doing so hot for multiple reasons. It’s an understatement to say that Anthem was not very well received by the fans. Among its flaws, the most prominent include being a repetitive looter shooter and over-excessive loading screens.

Even nearing the Valentine’s Day, the developers still have not even taken down Christmas decorations. Which says a lot about the current state of the game. And what’s worse, is that the developers have been silent about the game for a while.

But recently, it seems they’ve decided to break that silence. General Manager of BioWare, Casey Hudson, mentioned online that Anthem is going to be reinvented in the months to follow. He writes:

We have also heard your feedback that Anthem needs a more satisfying loot experience, better long-term progression and a more fulfilling end game.  So we recognize that there’s still more fundamental work to be done to bring out the full potential of the experience, and it will require a more substantial reinvention than an update or expansion.  Over the coming months we will be focusing on a longer-term redesign of the experience, specifically working to reinvent the core gameplay loop with clear goals, motivating challenges and progression with meaningful rewards

While it can take a bit of faith to trust BioWare to turn Anthem into a good game, what Hudson said does sound promising. There have been much hated games in the past before receiving updates that turned negative opinion around. We hope that Anthem will be one of them.

Until then, we’re just gonna have to make do with Anthem’s current state.

In the meantime, we will continue to run the current version of Anthem, but move away from full seasons as the team works towards the future of Anthem. We’ll keep the game going with events, store refreshes, and revisiting past seasonal and cataclysm content – starting with our anniversary towards the end of the month.