Control is back and new outfits to check out! 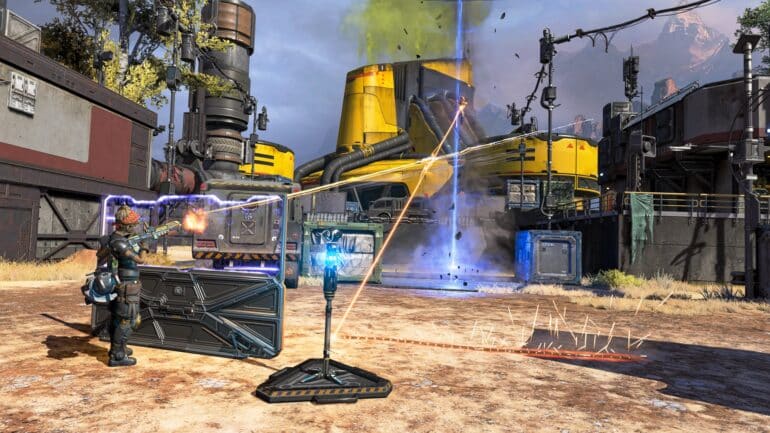 The Warriors Collection event will run from March 29 to April 12, 2022 and with it is Control, the limited-time 9v9 mode. The Caustic Treatment on Kings Canyon has been added to the list.

The Caustic Treatment for Control mode has been converted into a three-point battleground for control over Kings Canyon. Expect some new additions like more cover, ziplines, skydive launchers, and a new hover tank. Players are advised to use the Caustic’s Lab since it is highly defensible, but if they get careless, it can be invaded quite easily.

Interact with the consoles in the lab in order to raise the toxin levels. The gas can damage the Legends trying to capture the area.

There is a new Arena Map called Drop-Off. It is a fully automated Hammond Manufacturing Tower just above the skyline of Malta. The unique part of this map is it is set at nighttime. The Point of Interests in this map are the Interior and Exterior with the Observation Deck and Deployment Line for the former while the latter offers the Loading Bay.

Earn 1600 points per day for the Reward Tracker and the challenges refresh daily. There are also stretch challenges that will reward four unique badges if completed during the event. It stacks with the Battle Pass.

The 24 items can be purchased as well with Apex Coins or Crafting Metals and in Warriors Event Apex Packs for the whole event. Collet all 24 themed event-limited cosmetics to unlock Crypto’s new Heirloom: the Biwon Blade.

There are also some limited-time offers via the store throughout the event. Check out the images below for the cosmetics and the schedules for each: