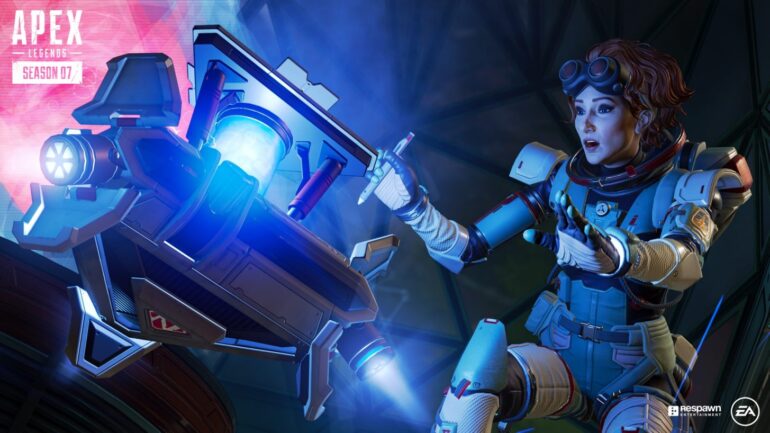 Horizon is a charmingly eccentric astrophysicist who was hired to find a solution after it was found out that the Outlands is in danger with its energy crisis. She then moved her family to the scientific research station on Olympus in order to start her important work.

Dr. Somers was assisted by Dr. Reid and discovered the element called Branthium. It was an element that could have potentially given them limitless energy, but the problem was it was only found on the accretion disk of a black hole. The two scientists departed on a dangerous mission to prove her theory right, but there was a betrayal.

Dr. Reid betrayed her and stole the Branthium and sent Dr. Somers shuttle into the black hole’s orbit. Horizon did survive by using her wits. She modified her robotic vacuum companion N.E.W.T. to escape. The only problem was that time has accelerated while she was in the orbit of the black hole. She found herself in the outskirts of Olympus 87 years later.

Horizon is now on a mission to find a way to get back in time to be with her son and she needs to funds. She joins Apex Games with her new nickname as the mater of gravity.

Gravity Lift reverses the flow of gravity, lifting players upwards and boosting them outwards when they exit. Spacewalk increases the air control and reduce fall impacts with Horizon’s custom spacesuit. Black Hole makes Horizon deploy N.E.W.T. to create a micro black hole that pulls players in towards it, and hits them with a graviton blast at the end.