Apex Legends Season 11 Guide: How to Get Easy Loot from Storm Point Wildlife

Here's how you can kill these creatures and what loot you can get. 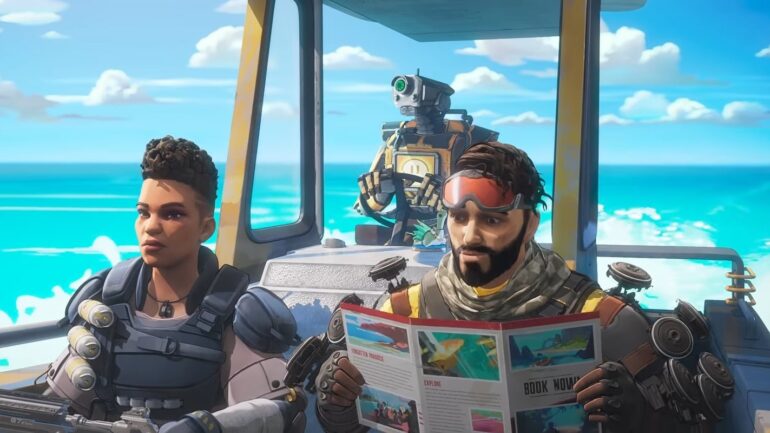 Apex Legends Season 11 is coming and it introduces tons of new content including the powerful and deadly new Legend Ash and the very versatile weapon C.A.R. SMG. It will also add a new location to fight on and a very dangerous one too.

Season 11 of Apex Legends introduces the new map called Storm Point and it includes quite the interesting content: local wildlife. Hunt down different creatures like the Prowlers, Spiders, and Flyers that inhabit certain areas of the map. Here is how you can easily get those top-tier loot from the island’s dangerous wildlife.

For players who are very experienced in the game and have played a long time, this will not be the first time they have seen the Prowlers. In Season 11 though, they are of a different breed and are more dangerous since they cooperate with others. They hunt in packs and will stop at nothing to take down any Legend they encounter.

The Prowlers are found in dens that are scattered all over the map. Compared to the other wildlife creature Spiders, these guys are very aggressive and territorial. One step close to their area and you will be surrounded by one Prowler and their friends. Always be cautious when entering their territory and quickly dispatch them when you meet one.

Prowlers have more health compared to the other land dweller, Spiders so prepare to spray these critters with lots of bullets. They are larger though so it will be easier to shoot down.

The loots from these guys are quite good and are based on the loadouts that you and your squad are having so do not expect much.

Spiders are quite territorial as well and are terrifying to look at especially for those who have arachnophobia.

These six-legged monsters can be found all over the map especially in closed spaces. You can easily spot their nests when you see their webs all over the place with eggs nearby. Stay away from the eggs if you do not want to get killed by these critters because once you disturb the eggs, it will be chow time for them.

If you do disturb their eggs, then you should quickly dispatch the Spiders by keeping a distance and watch out for that web spit that can damage and slow you down. Also, they are mighty quick so run away as fast as you can if you are in their sights. Run away like crazy, but if you can aim while running, take them down as much as possible until a few of them are left.

For your efforts, you get attachments and ammunition. There are also some consumables to loot from their corpses.

The best targets to hunt are the Flyers since they have some very interesting loot. These guys were first seen on Kings Canyon and now are at Storm Point. They are less dangerous than the Prowlers and Spiders, but they do have some danger for you.

Shooting at the Flyers can be easy if timed right but there is an issue when doing that. This can give away your position to the enemy squads that are hunting you.  The higher the risk, the better the reward, but be sure you survive the ordeal once you decide to shoot these guys down together with the enemy squad behind you.

Get EVO Armor from Wildlife Damage

After you have cleared an entire nest, you will be rewarded handsomely for your efforts. You will get crafting materials and the best part, a bit of the damage that you got from wildlife will be added to your EVO Shields. The higher damage you deal to enemies, the faster your EVO armor levels up .

You can easily find the Wildlife nests on the map so you can just mark them off once you have cleared them. If you do clear them, it will not respawn back and will be gone for the rest of the round. Choose wisely.