The origins of Mara, the Legend Vantage. 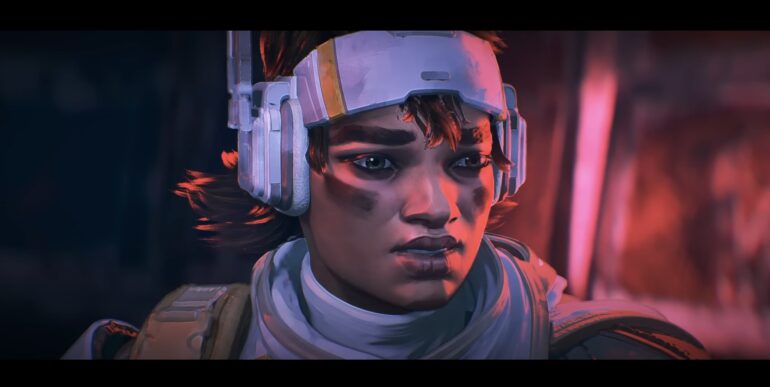 The newest video, Apex Legends Stories from the Outlands Survive features the upcoming new Legend that will join the roster of Apex Legends, Vantage. It gives the fans of the game some background of how Vantage starts out and it seems she is not what everyone assumes of.

Mara aka Vantage is seen hunting for some kind of bat for food in the barren ice planet of Págos. She is trained by her scarred mother Xenia. While hunting, she finds the ruins of a ship named G.D.S. Vantage. Her mother is somewhat irritated that she found the ship and strongly advices her not to set foot inside it. What she only needs to do is survive.

Just like any hot-blooded teenager, Mara does not listen and decides to explore the insides of the ruined ship. She discovers tons of things including some dead people, her sniper rifle, and the main console of the ship. On it is the bat that she shot during the hunt but escaped. It seems to have died now, but a new bat appears beneath it and seems to be friendly towards Mara. It then accidentally activates a button on the console and the ship computers comes alive.

The scanners recognize Mara as Xenia possibly due to her being her daughter. It reveals that this is a prisoner ship and urges her to return to her cell or else they would force her to do so. It seems the ship was going to transport Xenia to a prison but somehow the ship broke down. Now, she is stuck here in this ice planet together with her daughter.

As the ship computer tries to apprehend Mara, she gets away from the mechanical arms barely together with her new friend, the white bat. Unfortunately, she falls down the ravine together with the ship and it pins her down. She is fatally wounded and bleeding out, while her bat friend takes her whistle and looks for some help. Xenia is outside the ravine and finds the bat holding onto the whistle.

Xenia finds Mara wounded but the blood has stopped due to the ice, which is the only thing that is keeping her alive. Mara has only one thing to do: contact the authorities with the distress signal in order to get her treated. In doing so, she would get caught though, but at least she gets treated.

After that scene, it does not show how Mara survives or where Xenia is now, but maybe in the next few days, it will get explained with a new video this coming July 28, 2022.

Vantage will join the roster with Apex Legends Hunted will launch on August 9, 2022. The game is already available on PC, PS4, PS5, Xbox One, Xbox Series X/S, and Nintendo Switch.